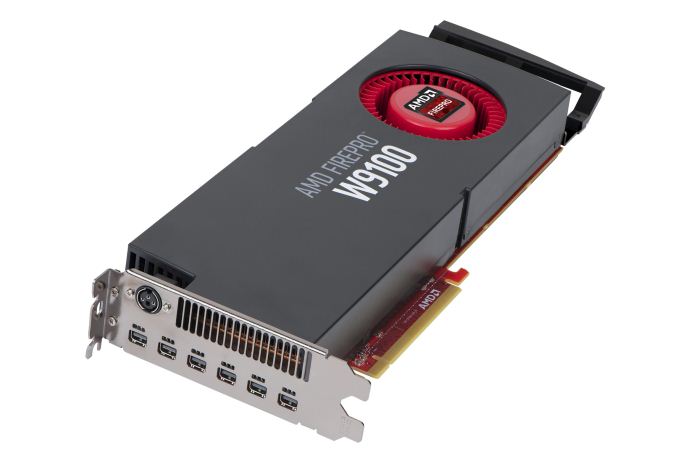 Kicking off this week is the 2014 NAB Show, the National Association of Broadcasters’ annual trade show for broadcast content and technology. The NAB Show is often a launch point for new video products and this year is no exception, with AMD using the show to launch their new FirePro W9100.

At the time of the FirePro W9100 announcement AMD did not announce the complete specifications or the price, but with today’s launch we finally have that information in hand. As expected, the W9100 will be utilizing a full-fledged Hawaii GPU, meaning all 2816 SPs and 64 ROPs are active. AMD will be clocking the card at 930Mhz, a slightly more conservative clockspeed than their consumer parts, but par for the course for these workstation parts. The tradeoff being that AMD will be able to ship it with a typical board power of just 275W, virtually unchanged from the 274W rating for the FirePro W9000.

From a raw specification standpoint AMD is going to be pushing memory bandwidth and memory capacity, and for good reason. The W9100 is outfit with 16GB of memory and will be utilizing Hawaii’s full 512-bit memory bus, giving it more RAM than any prior workstation card and 320GB/sec of memory bandwidth to access that RAM through. Meanwhile on a technical note, from the product details we’ve seen it looks like AMD is using 8Gb GDDR5 memory chips, which would mean the W9100 will be in a 16x8Gb memory configuration.

Meanwhile as for pricing, AMD has set the MSRP on the W9100 at $3999. Unsurprisingly this is the same price as the W9000 when it launched roughly a year and a half ago, making the W9100 the W9000's replacement in every sense of the word. This also happens to continue the trend of AMD significantly undercutting NVIDIA’s workstation card prices, with the W9100 coming in roughly $1000 below the price of the Quadro K6000. 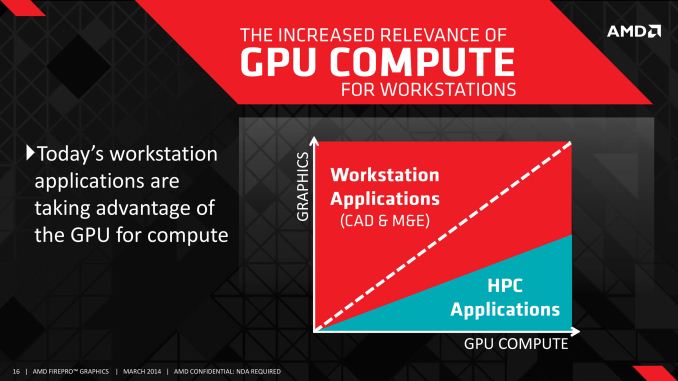 Wrapping things up, as we mentioned back in our initial look at AMD’s announcement, expect to see AMD heavily push the W9100 on the basis of its memory and compute performance alongside its graphics performance. While traditional graphics-heavy professional applications (e.g. AutoCAD) are still as power hungry as ever, the amount of compute work being generated by these programs is increasing. This goes for both programs using compute in a more straightforward way, and programs leveraging compute for graphics related tasks such as video encoding and image processing. For both of these tasks AMD is banking on their 16GB of VRAM giving them a performance advantage due to the larger working sets such a large memory configuration can hold, in turn allowing them to better utilize the full compute capabilities of the Hawaii GPU. Which on that note, AMD OpenCL users will be happy to hear that AMD has set a release window of Q4 for their OpenCL 2.0 driver for FirePro, a long-awaited release that among other things will introduce dynamic parallelism into OpenCL.