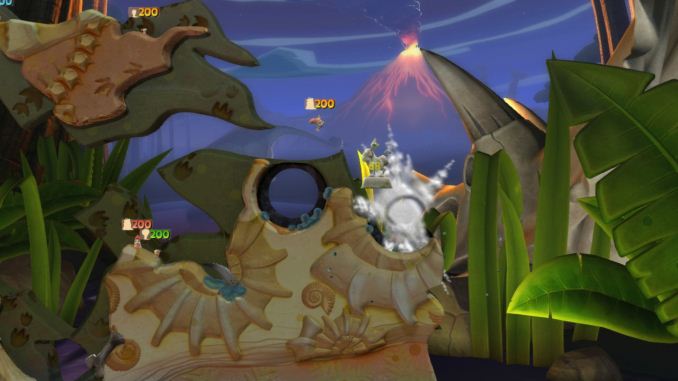 It looks like many of the bundles in this “two weeks of daily bundles” are going to be previously used bundles. I’m okay with that, as there are plenty of people – including me – that missed out on some of these. Today for instance we have a return to Team 17, which we saw last October. Here’s the list of games, as usual, grouped by pricing and sorted alphabetically:

Donations of $10 or more also receive:

The total price for all of these if purchased at normal Steam prices would be nearly $150, so in terms of strict value there’s a lot to offer here. There’s also a lot of repetition as the Worms games can all start to feel a bit “same-old, same old”, though variants like golf and pinball help break things up a bit. It’s telling that some of the highest ratings come from the oldest games in the series as well – Worms Armageddon is 15 years old now, which might be older than a few of our readers, and Worms Blast is coming up on 12 years old.

It’s worth nothing that all of these are Steam codes, and the games are for Windows only. I think Team 17 could get a lot more traction if they would port these to Android and include those in the bundle, but perhaps another day. The charity donation options continue to be Child’s Play and American Red Cross, and I suspect doing daily bundles will end up bringing in far more money than a single bundle running for fourteen days, so it will be interesting to see if Humble changes their approach in the future based on the results of these daily bundles.