It's been a busy week for the Humble Bundle and their followers, with some good deals and others that didn't really pique my interest. Unfortunately, there has been more of the latter than the former, and with limited time I decided not to bite on many of the offerings. Today's bundle is in that category as well, as it's a bundle offering both Crusader Kings games along with all 21 DLC packs, but don't let that deter you, as the games have received some decent reviews -- particulary the second title in the series. Here's the customary links (and sorry for getting this up late, but the past couple of days have been a bit busy for me):

The bundle has about 12 hours remaining, so if you've thought about buying the Crusader Kings games in the past but haven't gotten around to it, now's the time to act. The second game has a regular price of $40, so $20 for the entire bundle with all the DLC is still a good value, and the packs add the ability to play as numerous other countries/rulers. 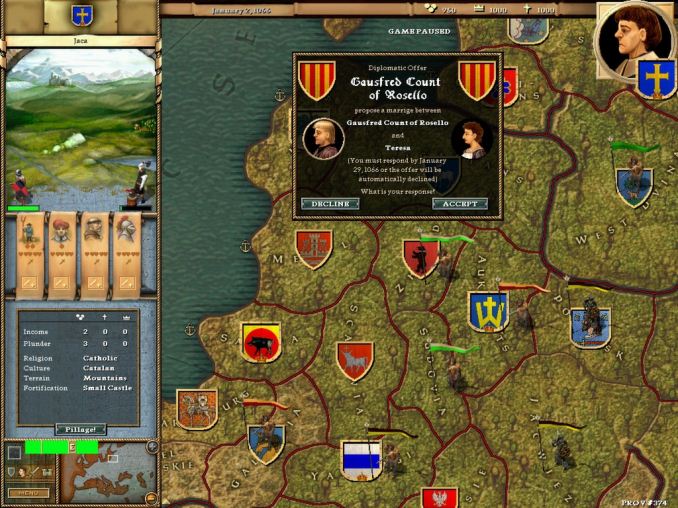