After two jam-packed press conferences this year, the ASUS booth was brimming with visitors all week every time I walked past.  We were given the full tour of the product range, which covered ASUS’ major segments such as motherboards, notebooks, displays, tablets and graphics cards, but also some of the more business end of their product range, such as server products, business solutions and models designed for education.  I picked out the key elements (from several dozen it would seem) to show how much work goes into a single event and a number of product launches.

The ASUS booth this year, as in every year I have come to Computex, is substantially larger than those around it, usually on the scale of an Intel with a similar number of visitors.  The front facing part of the experience starts with all things mobile, such as notebooks and tablets which the public and press can touch and interact with. 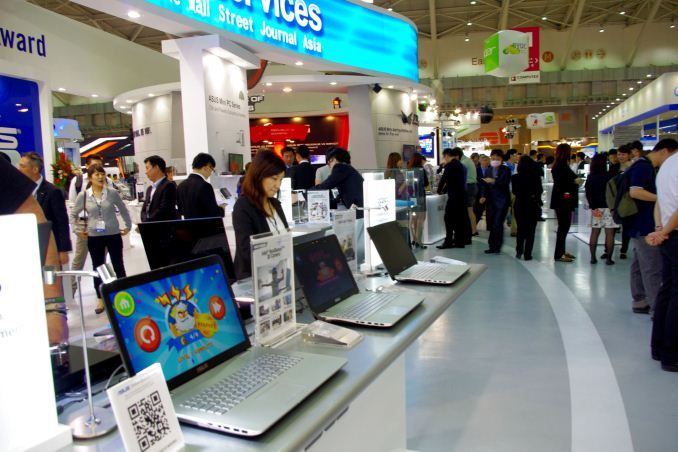 Indeed, many of the press were there, ready to shoot hands-on videos. 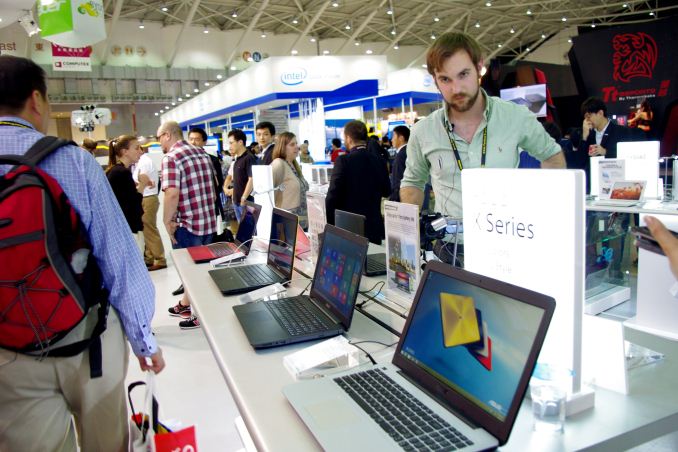 In the corner of the booth was the Republic of Gamer’s section, an often popular section perhaps even more so this year with the large number of ROG announcements, such as the G20/GR8 systems, ARES III with waterblock, PB278Q Monitor, Formula/Impact motherboards and GX500 notebook. 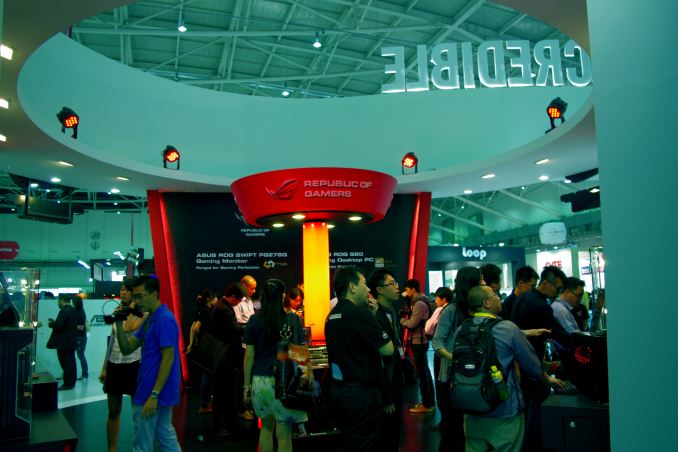 Behind the ROG section was the TUF series: 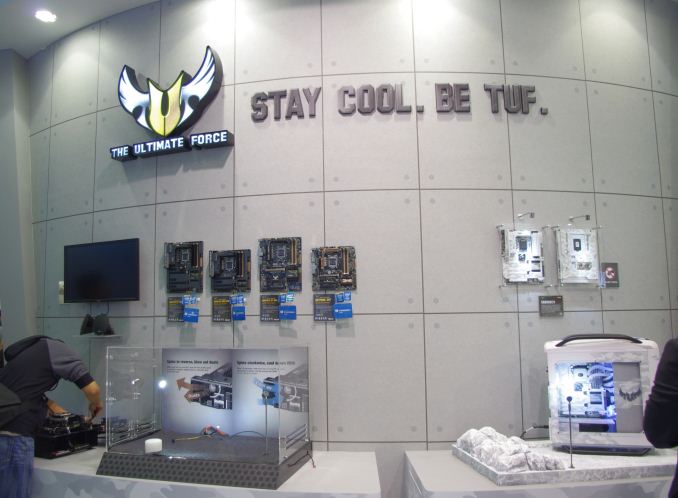 As well as the channel series: 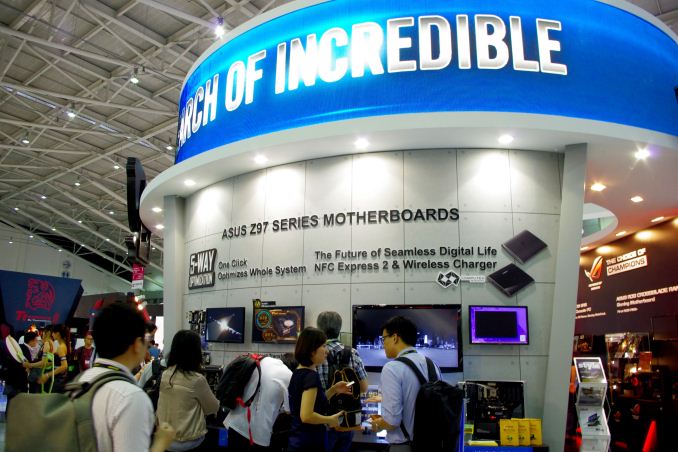 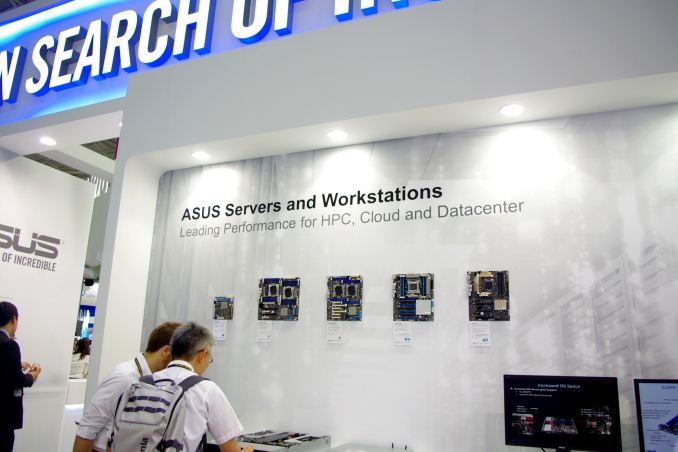 ASUS also had its new Strix range of graphics cards up on display: 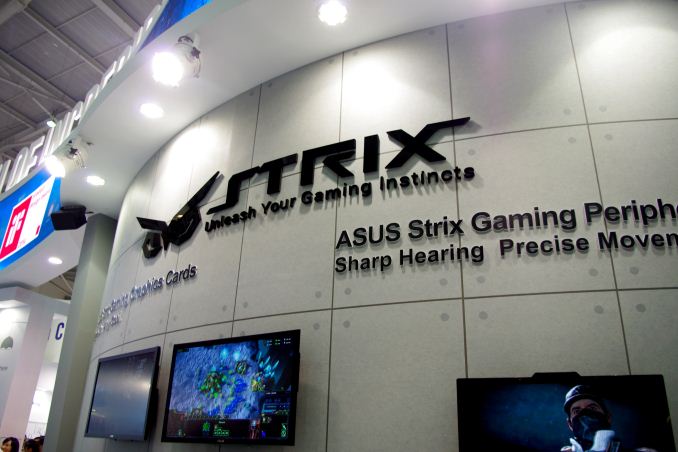 ASUS had a smaller audio presence this year, having had sound rooms in the past to experience the different products on show.  Nevertheless, their new Mosaic Streaming DAC was on display in the Smart Audio section: 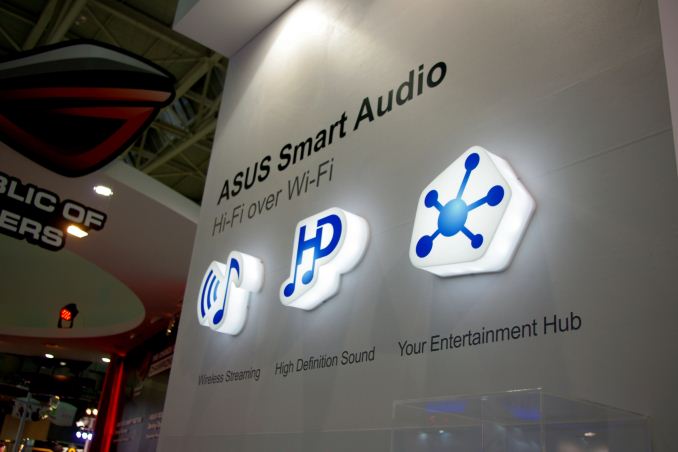 The displays section last year, due to the rise of 32” 4K/UHD panels and the launch of Haswell, had two 4K systems being powered from a single Z87 motherboard.  This year was more purely about the displays, including the PB278Q, PA328Q and a 32” curved LED: 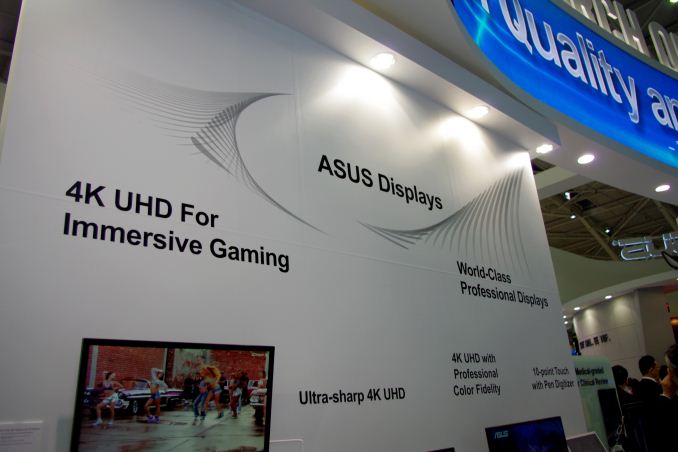 More back out to the main booth floor was the Zenbook stand, with last year’s main model, the UX301, on display with the freshly announced NX500. 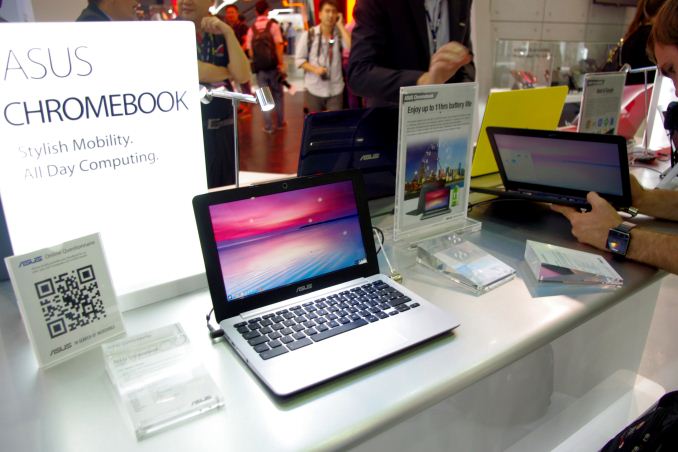 One of the lesser known elements of ASUS’ consumer selling would appear to be in Digital Video Recorders, such as those used in taxis all over Taipei and in cars to record what happens in front of them. 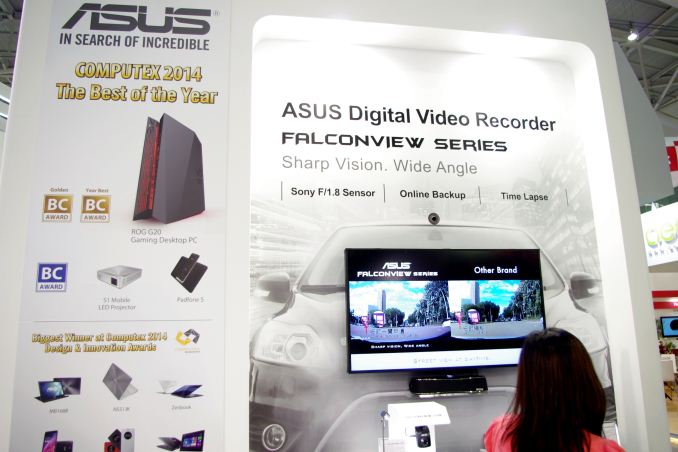 Some of the less consumer-facing elements of ASUS were also on show, such as their education-focused range: 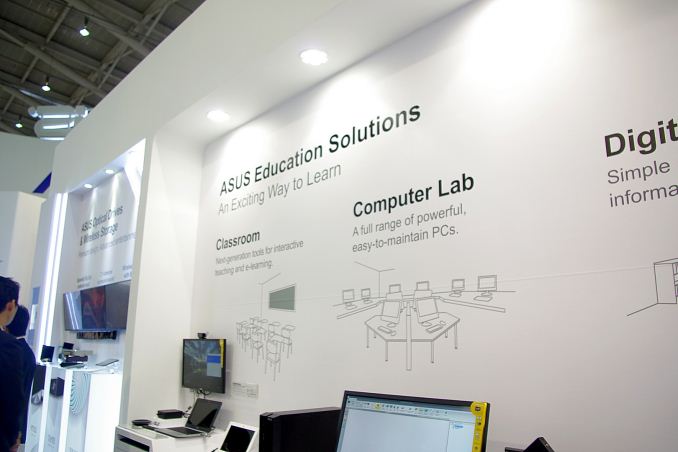 As well as the business solutions: 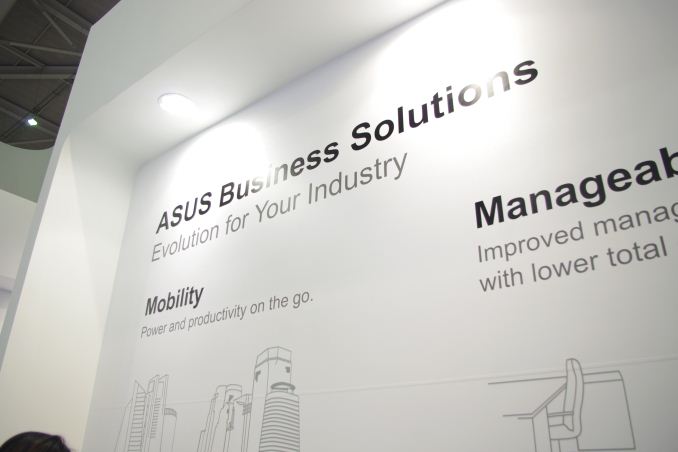 Even from these images there are a few choice items we got up close and personal with that deserve a thorough analysis, such as that white TUF motherboard, the new ROG desktops, the Strix range, an M.2 x4 add-in card, details about the Ares III, the six-stream router announced at the press event, what looked like dual processor LGA2011-3 motherboards, the new Zenbook and many others.  Flip through the next few pages to see more.