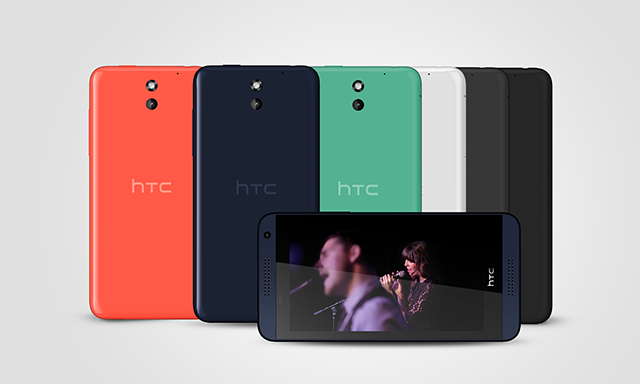 Today AT&T and HTC announced that the HTC Desire 610 is coming to AT&T. The Desire 610 was announced back in February and so it has taken quite some time to make its way over to the US. It competes in the same price class as devices like the Motorola Moto G and the Huawei Ascend Mate2, and its specifications are laid out below.

The Desire 610 shares many common hardware features with other devices in its price point. The MSM8226 and MSM8926 have become ubiquitous among smartphones in the $200-300 price range. When compared to the Moto G we see that the Desire 610 brings along a higher resolution rear-facing camera but takes a significant step down in resolution. Something to note is that AT&T's press release states that their Desire 610 has an 854x480 display at 199ppi, while the Desire 610 that has shipped in other parts of the world has a 960x540 display for a pixel density of 234ppi. It is unclear if AT&T's model of the Desire 610 is a special variant or if this is simply an error in the specifications AT&T has listed. The inclusion of MicroSD and LTE support is welcomed, as it was not long ago that phones aimed at the low and middle ends of the market would forgo LTE support to reduce costs. Beyond that it is a fairly similar device to others in its price bracket, and for many consumers choosing a smartphone in thise price bracket the choice may be more about size and appearance than what's inside.