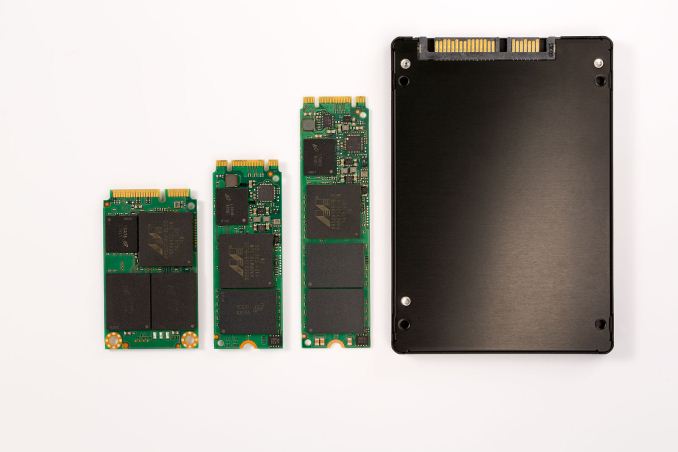 Micron/Crucial has been one of the go-to manufacturers for value client SSDs during the past couple of years, but the one thing that the company has lacked is a higher performing solution. The M600 that is being released today is Micron's answer to the demand for a more high-end SSD with better performance. 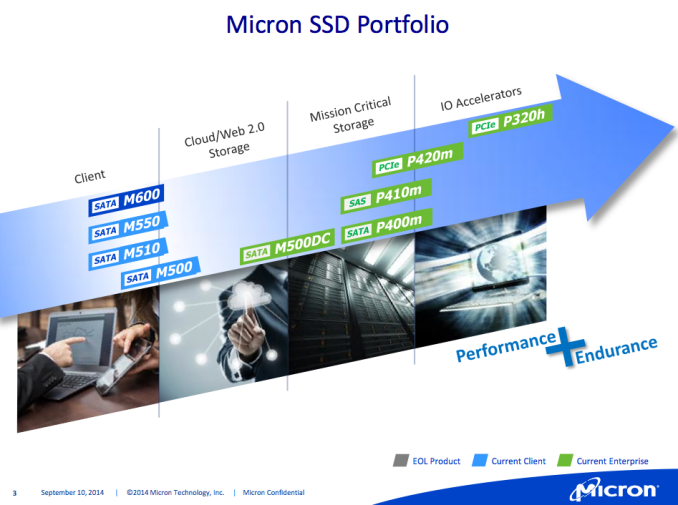 The M600 is positioned in the client segment above the M550, making it the highest-end drive that Micron offers for client workloads. Note that the M600 is a Micron-only product and is only available for OEMs and SIs, meaning there is not going to be a Crucial branded retail counterpart and you will not be seeing the M600 on the store shelves. Micron and Crucial have separated some parts of their product development because the needs of the OEM and retail markets are a bit different, so from now on the difference between Micron and Crucial SSDs will more than just the label. The engineering core should still be the same, though, and some of the features that are introduced in the M600 will find their way to Crucial branded SSDs too.

The controller remains unchanged from the M550, but the M600 switches to Micron's latest 128Gbit 16nm NAND like the MX100 did a few months ago. Despite the same hardware as the MX100 has, the M600 is a different product. The most important new feature in the M600 is what Micron calls Dynamic Write Acceleration. 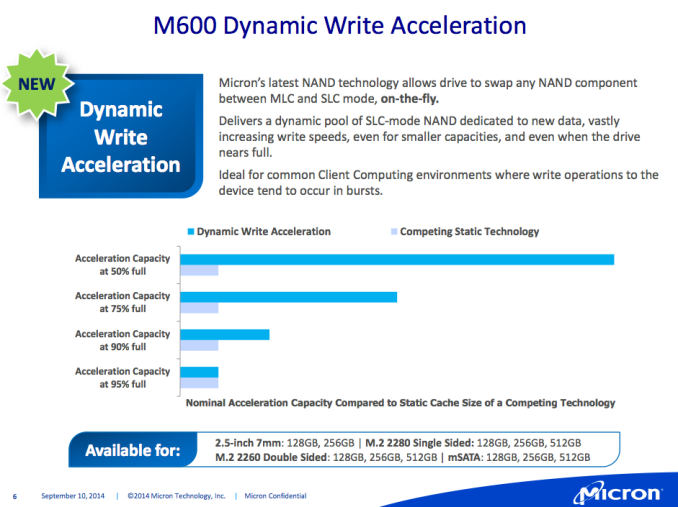 Dynamic Write Acceleration (DWA) is Micron's implementation of a pseudo-SLC cache. Instead of being static with a predetermined amount of NAND set in SLC mode, DWA is dynamic and can switch between SLC and MLC on the fly. In other words, an empty SSD will run nearly all of its NAND in SLC mode to increase performance and the size of the SLC cache decreases as the drive is filled. At 95% full, most of the NAND will now be running in MLC to meet the advertised user capacity, but the size of the SLC cache is still comparable to competitors' static SLC caches. DWA is transparent to the user so the shown capacity of the drive will not change -- the drive itself manages the change between SLC and MLC in the background.

For small drives the increased capacity and dynamic nature of the SLC cache can be beneficial. With only 128GB or 256GB of NAND and with each die being 16GB, the lower program and read latencies of pseudo-SLC will make a big difference to especially write performance. As a result even the 128GB model achieves  peak speeds of 410MB/s sequential write and 88K random write IOPS. The 512GB and 1TB 2.5" models do not use DWA at all because they have enough NAND to provide the same performance without the need for an SLC cache, but all mSATA and M.2 models utilize DWA (including the 512GB ones).

Aside from the increased performance, the benefit of the pseudo-SLC cache is increased endurance. The 128GB model is rated at 100TB, which is a fair increase over the 72TB rating that Micron's previous drives have had. The rating also scales linearly with capacity now, so the 1TB is good for up to 400TB. Keep in mind that the M600 is only validated for typical client usage, which allows for higher ratings because the write amplification will be lower due to a lighter workload.

In addition the M600 features the usual Micron/Crucial feature set. There is DevSleep, TCG Opal and eDrive support as well as power loss protection. The warranty is three years similar to Micron's other client SSDs.

The M600 is available now (though only for OEMs/SIs) and we already have samples, but there is a separate embargo for the reviews, so look out for the review in the next couple of weeks.