Nvidia Announces That The SHIELD Tablet Will Receive Android 5.0 This Month 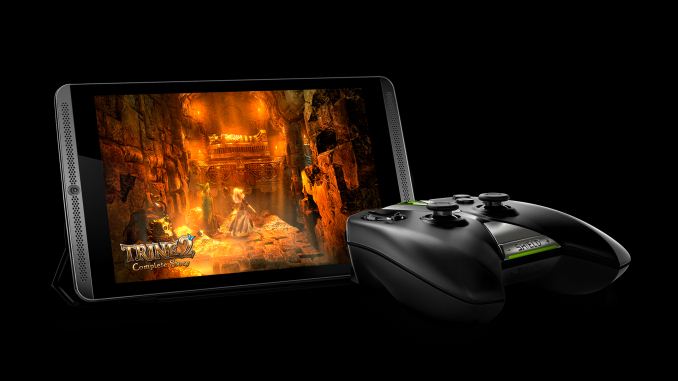 Earlier this year NVIDIA released the SHIELD Tablet which utilized their Cortex-A15 based Tegra K1 chip. In our review we felt it offered a good value proposition, and stood out as a very capable tablet for gamers. Today Nvidia has put a sneak peak at Android 5.0 Lollipop running on the SHIELD Tablet on their Youtube channel. Along with the video, they have announced that the SHIELD Tablet will receive the update to Android Lollipop by the end of November, which means that it will be receiving the update not long after Nexus and Google Play Edition devices, despite being neither. NVIDIA's preview video has been embedded below so SHIELD Tablet users can get a sneak peak at what will be arriving on their tablets in the near future.

@NVIDIA is being cheeky again. In case anyone was wondering whether Lollipop is coming to SHIELD Tablet, yes, it is.. pic.twitter.com/Ewnq608FyY