The motherboard used in our review sample of the ML100G-30 is the Maple Canyon Intel NUC board NUC5i5MYBE. The product code is also shared with a Core i3 version. However, only the Core i5 board supports various advanced technologies such as the Intel Management Engine (ME), VT-d (virtualization support for directed I/O), vPro (a suite of features that started out with Intel AMT - more on this later in this section), VT-x (hardware support for running virtual machines) and TPM (Trusted Platform Module) along with TXT (Trusted Execution Technology) for platform protection.  The BIOS options available in the ML100G-30 i5 version reflect these additional aspects. Before looking at those, the gallery below presents some of the options that are similar in nature to the NUC5i5RYK that we reviewed earlier.

Important aspects to note in the default settings are that the memory runs at the rated speed of 1600 MHz (11-11-11-28) only - no memory overclocking here, and that the board is set for maximum performance (cTDP is not being used to bring down the power consumption / temperature / performance).

Intel introduced the Broadwell vPro processors earlier this year. The primary vPro feature is Intel's Active Management Technology (AMT) -  The full set of vPro features include out-of-bound management of certain Intel SSDs such as the SSD Pro 2500 series, Windows InstantGo support, wireless docking using Intel's WiGig 802.11ad chipset etc. Not all vendors who adopt the vPro platform need to provide all these features. In the ML100G-30, AMT can be enabled for remote access / KVM control of even the boot process and BIOS settings.

The first difference that users would notice with the boot process is the ability to press <CTRL-P> to enter the Intel MEBx (Management Engine BIOS eXtensions). 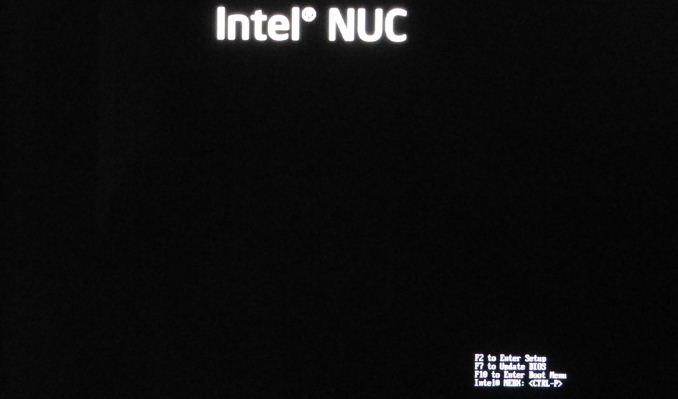 The MEBx configuration pages allow for setting of an admin password (default is 'admin', and it needs to be updated on first access) and the ability to control local updates to the ME firmware (from the OS). The AMT configuration page allows for control of the manageability features. Aspects include SOL (Serial over LAN), IDER (Integrated Drive Electronics Redirection - for remote mounting of disk images) and KVM (Keyboard, Video, Mouse) over the network. It also allows for the network interface to be configured for remote management. On the ML100G-30, we were able to configure only the wired interface for this purpose.

After setting up the various options in the MEBx, we used RealVNC's VNC Viewer Plus to get remote access (even for the boot process, as shown in the screenshot below). 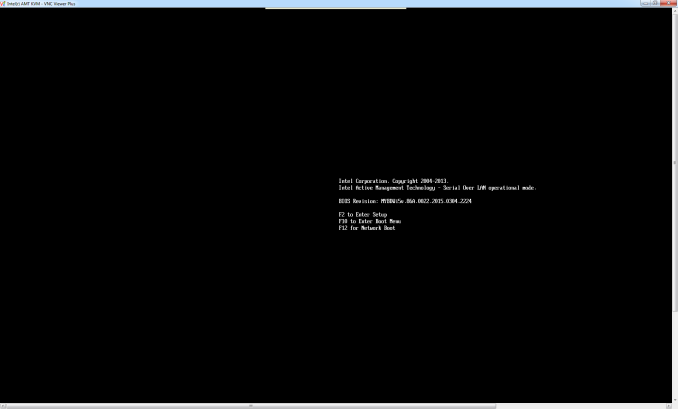 Industrial PCs are mostly deployed in areas where the machine likely needs to be running 24/7/365 and any downtime is very costly. Immediate physical access to units installed in an industrial rack is also an issue at times. In such cases, the ability of IT personnel to perform remote troubleshooting / BIOS fixes using Intel AMT's remote KVM feature is very helpful. The vPro capabilities of the unit make this possible. As a reminder, this is only available in the i5 version of the Logic Supply ML100G-30 and not the i3 version.