Microsoft Makes Cortana For Android Available As A Public Beta 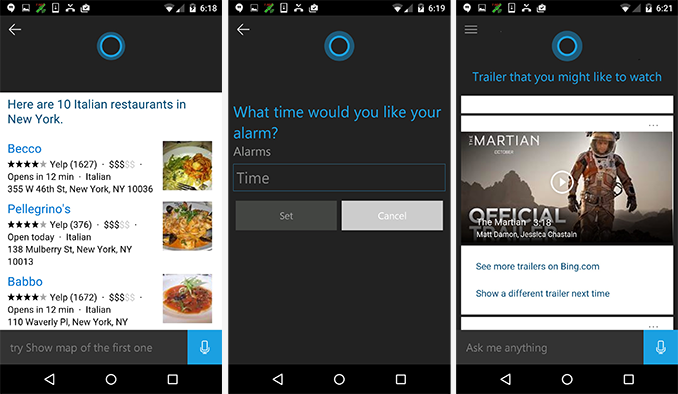 Earlier this year Microsoft announced that their digital assistant Cortana would be making its way to iOS and Android in addition to its launch on Windows Phone and Windows 10. Today Microsoft opened the public beta for Cortana on Android, allowing users to use the same digital assistant on their Android smartphones and tablets as the one on their Windows 10 computers

Because of Android's ability to choose what applications are used for certain tasks, users can alter the long press of their device's home button to trigger Cortana instead of Google Now. As of right now, Cortana on Android has a similar interface and functionality to its Windows counterpart, but at this point in the beta there's no way to use Cortana to toggle settings, launch apps, or to activate Cortana itself by saying "Hey Cortana."

Users interested in trying the public beta for Cortana on Android can use this link to become a beta tester.