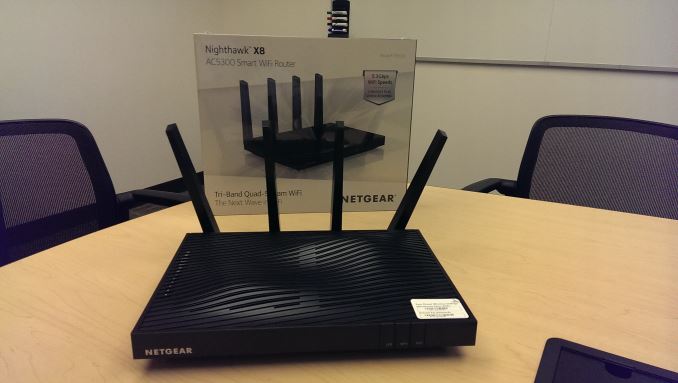 Broadcom's XStream platform has enjoyed quite a bit of success in the Wi-Fi router market despite its high cost. The first generation XStream platform used a 3x3 configuration for each band, and lacked Wave 2 features such as MU-MIMO support or 160 MHz channels. At the 2015 CES, Broadcom updated their XStream product portfolio with the BCM4366, a 4x4 MU-MIMO capable radio that could work along with the BCM47094, a dual-core Cortex-A9-based network processor SoC. At the same time, D-Link also announced the DIR-895L AC5300 router based on that platform. Early last month, we also had Asus announcing the RT-AC5300U with the 4x4 tri-band XStream configuration. Unfortunately, none of these announcements came with a concrete ship date. Netgear was conspicuously silent about their plans with the new platform, even though they were the first vendor to come out with a product based on XStream Gen 1 - the Nighthawk X6 (R8000). Today, Netgear is announcing the Nighthawk X8 (R8500) based on the second generation XStream platform. Unlike the announcements from other vendors, the R8500 is available for purchase today.

As a recap, the tri-band Wave 2 XStream platform integrates two 4x4 5 GHz radios (at 2.1 Gbps each) and one 4x4 2.4 GHz radio (at 1 Gbps). The setup is capable of using 1024 QAM (Broadcom-proprietary NitroQAM, works only with clients having Broadcom Wi-Fi receiver chipsets) to boost performance. Most of the
Wi-Fi aspects have been covered in our D-Link and Asus router launch articles, and I won't go into detail here. Instead, the focus of this piece will be on the differentiating aspects in the Nighthawk X8. 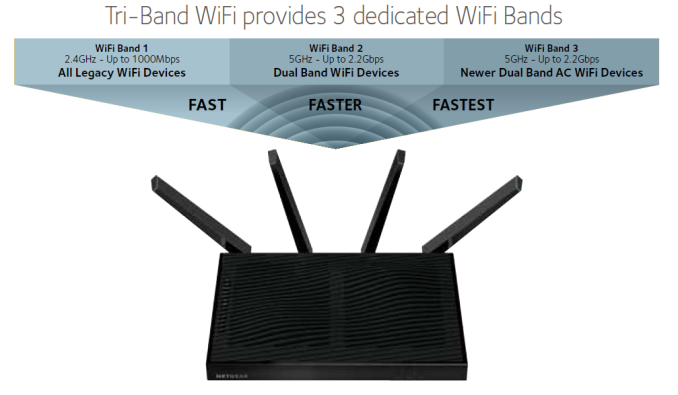 The most striking aspect of the R8500 when compared to the other XStream Gen 2 routers is the presence of only four external antennae instead of eight. Netgear has opted to go for four external and four internal ones. Physical appearances aside, the four external antennae are all active ones. This is the first time that we are actually seeing active antennae being deployed - the Wi-Fi amplifiers are moved from their usual location in the router's motherboard to the top of the antennae. This reduces cross-talk on the board and also avoids signal loss in the transmission between the antennae and the board. 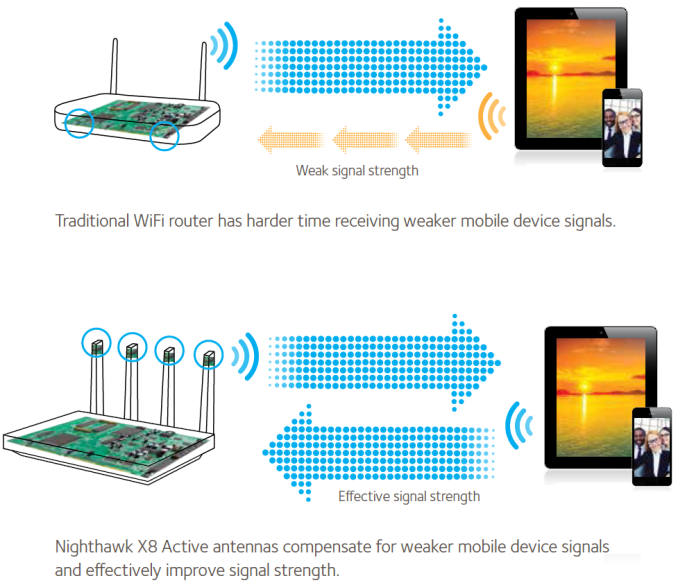 The other interesting feature is the availability of 6 LAN ports in addition to the WAN port (all GbE, obviously). Two of the 6 LAN ports come with 802.3addynamic link aggregation support in-built into the firmware. For select devices (such as certain ReadyNAS models), connecting both wired ports to ports on the device will automatically configure everything to take advantage of the teamed link. For example, it will be possible for two different wired clients or multiple Wi-Fi clients to stream out simultaneously from the NAS and get more than 1 Gbps of effective throughput from the NAS. 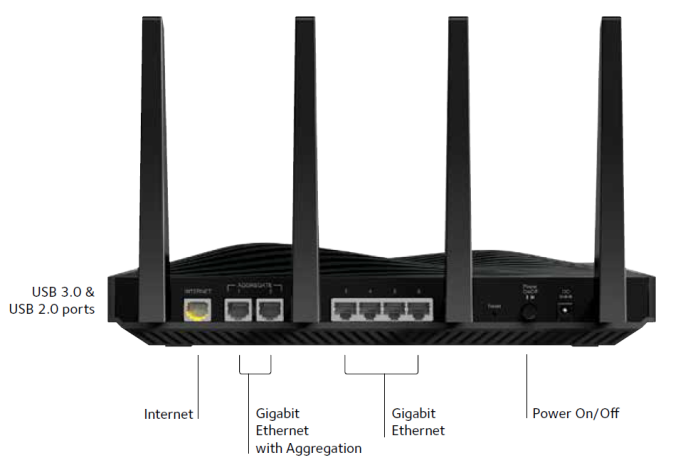 Like all other XStream Gen 2 products and Quantenna-based products, the MU-MIMO capability is present in the hardware, but the firmware to enable them will be made available later on. Netgear indicated it would be before the end of the year, but we wouldn't be surprised if it comes only after the Wi-Fi Alliance starts certifying MU-MIMO interoperability in 2016.

Other than the active antennae and link aggregation features, the R8500 comes with the standard value-adds that have been part of all the Nighthawk routers since the R7000 - beamforming, dynamic QoS (based on Broadcom's iQoS engine in the Broadcom-based routers and the Qualcomm Atheros StreamBoost engine in the Quantenna-based routers), VPN and DLNA support. All the XStream Gen 1 features in the R8000 (such as 'Smart Connect' to steer clients to the appropriate band) are carried over to the R8500. The router also comes with ReadyCLOUD USB Access, which enables secure access to any USB drive connected to the router over the Internet. Netgear also supplies ReadySHARE Vault, a PC program for backing up content to any USB drive attached to the router. Consumers loath to accessing a web UI to monitor / configure / repair their networks can also use the Netgear Genie app for this purpose.