Our random read performance test is conducted on a full drive and tests queue depths from 1 to 32. We focus primarily on the lower queue depths that are typical of interactive use, but also look at how the performance and power scales to more intensive loads. For desktop use, searching and virus scanning are typically the biggest sources of random reads, and they can exercise some of the larger queue depths. When working on a fragmented filesystem or with lots of small files, random I/O performance (especially for low queue depths) comes into play. 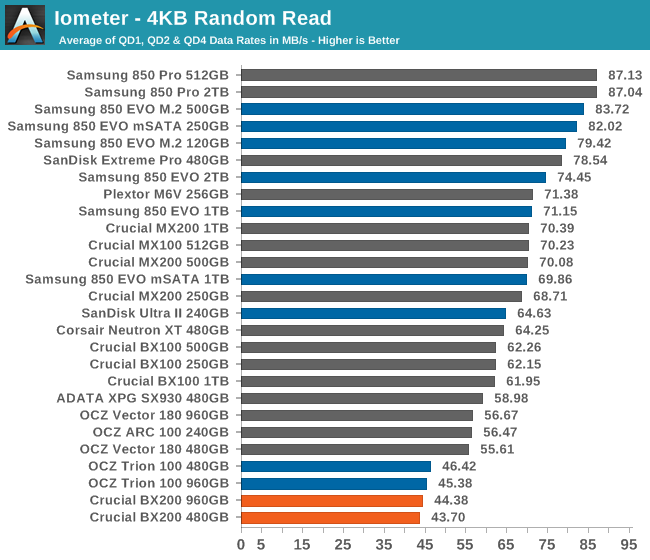 Random reads are slow, but at least the BX200 has company. This is what slow TLC flash does, but unlike many other results so far, this performance is not cause for major concern. 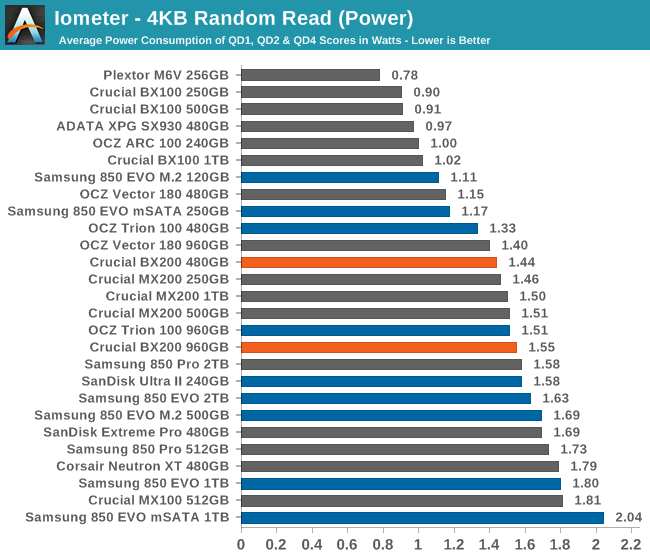 Power consumption is in the middle of the pack, so the BX200 is doing something (almost) right when handling reads.

The random write test is confined to a 16GB portion of the drive, which is otherwise empty and fresh from a secure erase. This gives the drive the chance to demonstrate much higher performance than on our performance consistency test that fills the drive. Tasks like installing software updates can modify a lot of files, but aren't hitting the entire disk. Random writes to the entire disk are usually found only in enterprise workloads such as large databases. 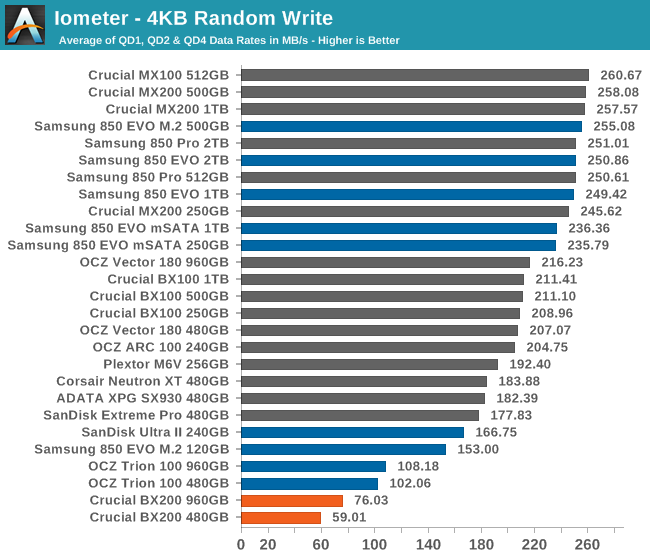 Our Iometer tests run for three minutes at each queue depth, so within 9 minutes the BX200 is clearly having trouble. The higher capacity of the the 960GB drive seems to help a lot, which suggests that the 240GB BX200's performance might be much worse than that of the 480GB. 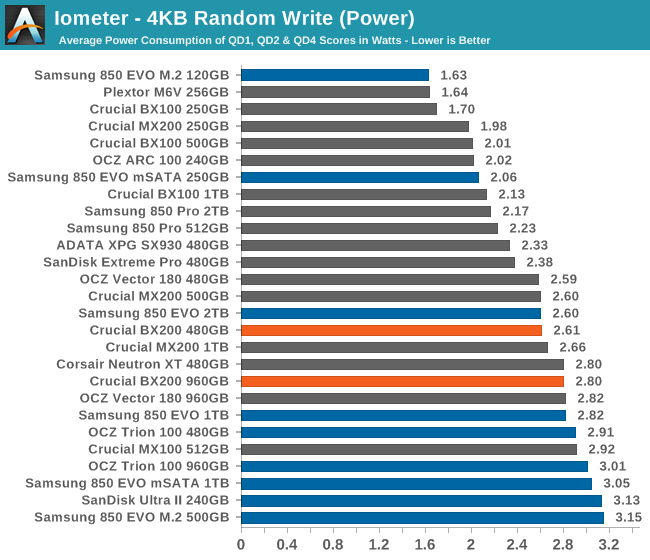 Power consumption is normal for a TLC drive, which suggests that there are a lot of background writes being done by the drive that are keeping power consumption up in spite of how little real work is getting done.

Random write performance hardly scales at all with increased queue depth, which is very uncommon but we have seen similar behavior from the OCZ Trion 100. Power consumption does increase dramatically, so the drive is clearly mismanaging the load of heavy writes.