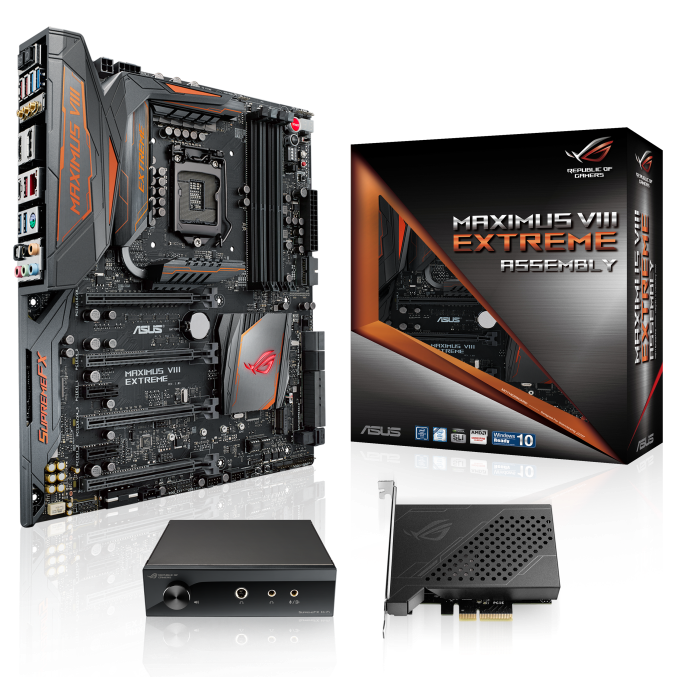 We covered the launch of ASUS’ most expensive Z170 motherboard when the announcement was made (we also have it in for review), but late last week another announcement landed on my radar – a second version of the Maximus VIII Extreme, this time using a ‘Plasma Copper’ color scheme requested by system builders but also linking in to the DirectCU graphics card line and the new color scheme for their latest Matrix GTX 980 Ti. The interesting part from this launch comes in the bundle, which includes a front panel audio DAC (connecting into a USB header) but also a 10G Ethernet card.

10G Ethernet, or at least 10GBase-T, the standard which uses the common RJ-45 Ethernet cables that run through most enthusiast homes, workplaces and hotels, has struggled to get into mainstream computing for various reasons. We saw the ASRock X99 WS-E/10G motherboard be introduced late last year with an onboard Intel X540-T2 controller, but the motherboard was expensive as a result and it was only even an integrated part on the high-end desktop. For everyone else, using a PCIe card with 10GBase-T connectors was the only way to do so, but these were again quite expensive (I spent $760 on two a few months back) and ran warm. Most of these cards are OEM only, although the generic retailers can sometimes stock them. 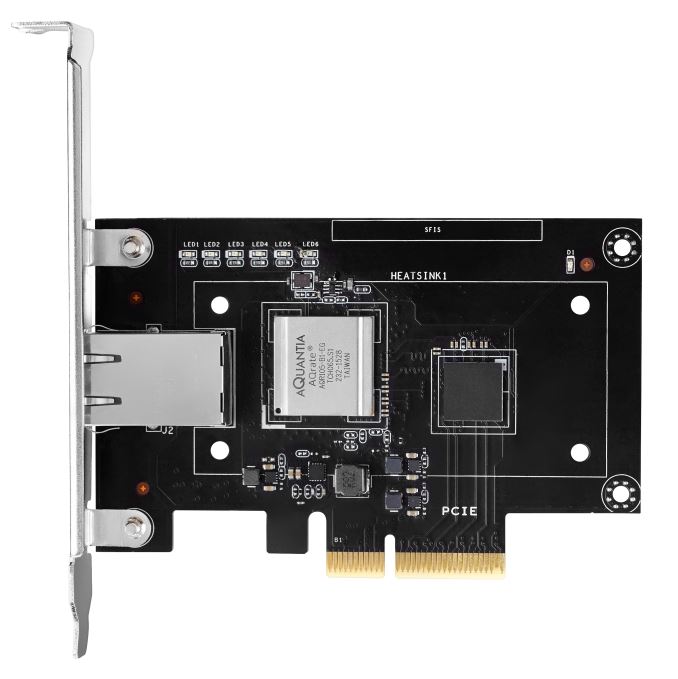 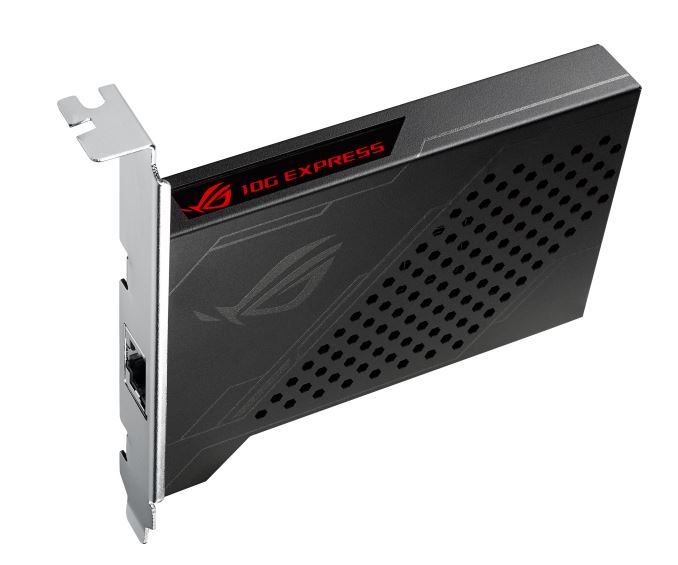 The 10G card ASUS is bundling with the new variant of the Maximus VIII Extreme is one based on Aquantia and Tehuti Networks. Don’t worry, I hadn’t heard of them before either – Ganesh did though with one of them. The card is a PCIe 2.0 x4 card that will be verified in all the PCIe x4 and up slots on the motherboard (including from the chipset, so it won’t take up graphics lanes), but is also capable of 2.5G and 5G speeds should routers for those ever become available. The package also supports standard gigabit Ethernet, with the card being a larger version of Tahuti Network’s own that we found here, and with ROG branding. 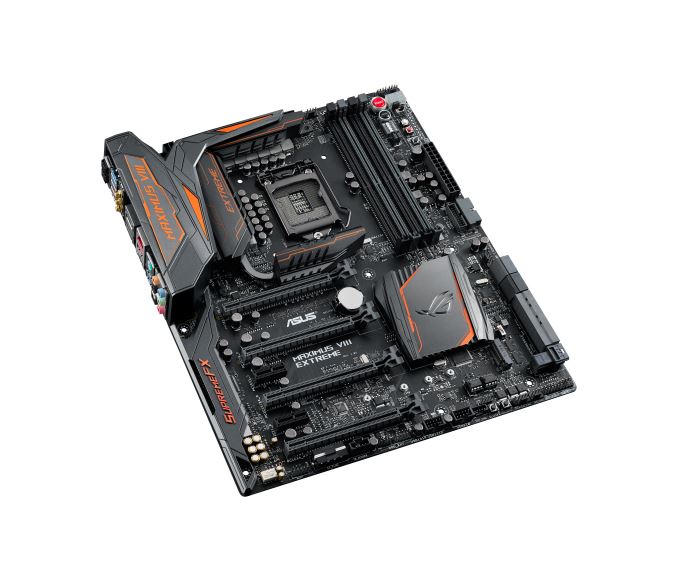 There is an argument that 10GBase-T isn’t really a home networking type of arrangement – the switches still cost a minimum of $750 for Netgear’s XS708E. There’s also no point having one system with 10G if no others on your network do either. The counter position is that this motherboard package is north of $500 anyway, so it will only be purchased by enthusiasts or prosumers (or even small/medium businesses that already own a 10G capable Xeon-D NAS or backbone, although they might only just want the card). We are told that there are no plans to sell the card individually either at this point, with the bundle coming to the US at least sometime in the next few weeks. 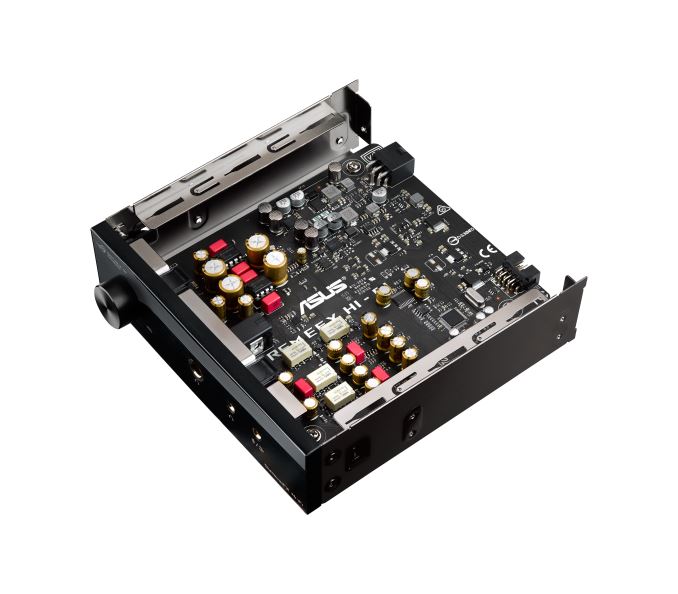 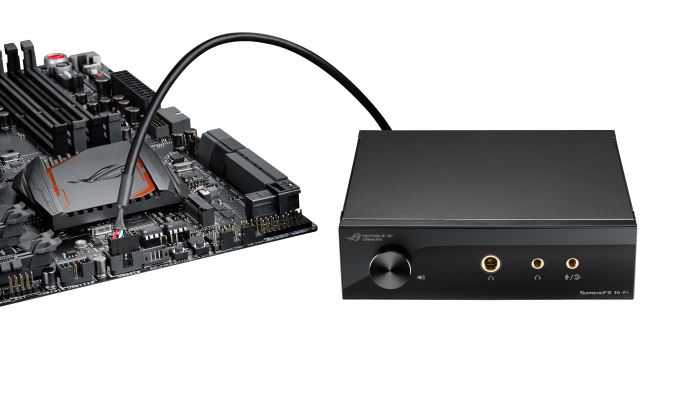 Networking aside, the Maximus VIII Extreme is still the same board with U.2 capability, 3T3R 802.11ac wireless, USB 3.1 via both the Intel Alpine Ridge controller as well as ASMedia USB 3.1 controllers, enhanced audio via the SupremeFX brand and overclocking functionality. The SupremeFX Hi-Fi bundled front panel is the additional USB style DAC front panel box, featuring a headphone amp based on an ESS ES9018K2M DAC, dual TI op-amps and an output of over 6V RMS to high impedance headphones.

We have a review inbound for the Maximus VIII Extreme (it’s pretty much tested, need to finish up then write), but it would be interesting to see how the 10G card performs compared to other solutions. No pricing as of yet until the US specific press release hits.