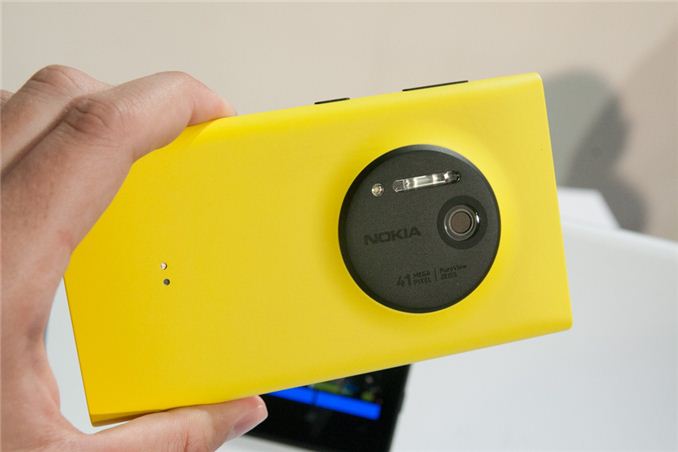 Today at Nokia's Zoom Reinvented event, the handset maker announced the newest member of its Lumia family of Windows Phone devices, the Lumia 1020. The handset includes a PureView 41 MP system and 6-element optical system with optical image stabilization, making it similar to the PureView 808. The Lumia 1020 is Nokia's new flagship with the most advanced imaging that Nokia has to offer. I've put together a table with the specifications that have already posted

From the outside, the Lumia 1020 looks a lot like the Lumia 920 but with a different camera module. The PureView system inside the 1020 takes either 16:9 and 4:3 pictures alongside a 5 MP oversampled version, rather than the either-or approach that the PureView 808 took. Nokia has also gone to its own camera application called Nokia Pro Camera which offers manual controls beyond the stock camera application from WP8. The Lumia 1020 also is compatible with an optional camera grip that includes a 1020 mAh battery, tripod mount, and two step camera button. There's also a wireless charging back add-on.

We're going to get hands on with the Lumia 1020 shortly. 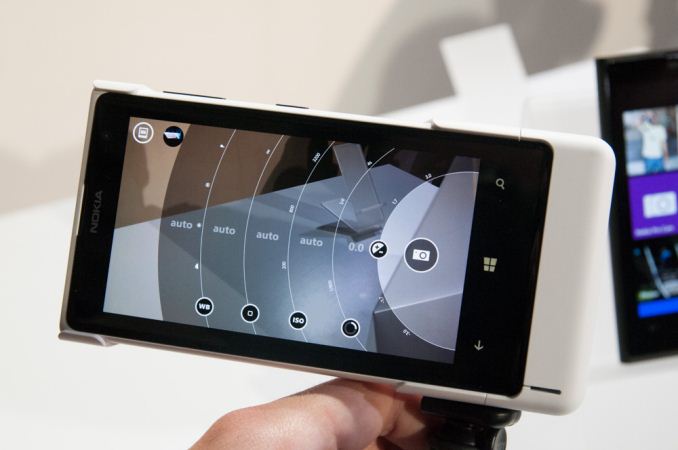 Update: Just got to play with the Lumia 1020. It's thinner than expected, and doesn't have much of a camera bulge at all. Nokia's camera application is buttery smooth and has excellent manual controls. I'm impressed with how easy it is to get around and quickly dive into custom exposure time, ISO, focus, and so forth, and reset those changes to default. It's somewhat similar to the Galaxy Camera, but whereas that UI was somewhat slow occasionally, the Lumia 1020 is very smooth and fast.

The camera grip feels very solid, not flimsy at all. The two stage camera button is communicative and works just like the button on the device and activates the application if you hold it down just like one would expect. I can see the camera grip being a popular accessory for people who want to extract every bit of camera from the Lumia 1020. I played with the rest of the camera UI and gallery, and on the whole it's essentially what you'd expect – like a better PureView 808 but running Windows Phone. On the whole smoother and more refined, in the chassis of a 920. Shot to shot latency is a bit long, but that's expected given the gigantic image size and processing, I suspect it might get faster if you disable the full size image storage and only keep the 5 MP oversampled versions, which there is an option for.