Where other manufacturers expanded their designs beyond the SFX specification limits in order to fit the required components, Enermax followed the SFX specifications down to the letter. The chassis is measuring 125 × 63.5 × 100 mm / 4.92 × 2.5 × 3.94 in (W×H×D), which is the exact SFX form factor design size, ensuring that the Revolution SFX will fit inside every SFX-compliant case. 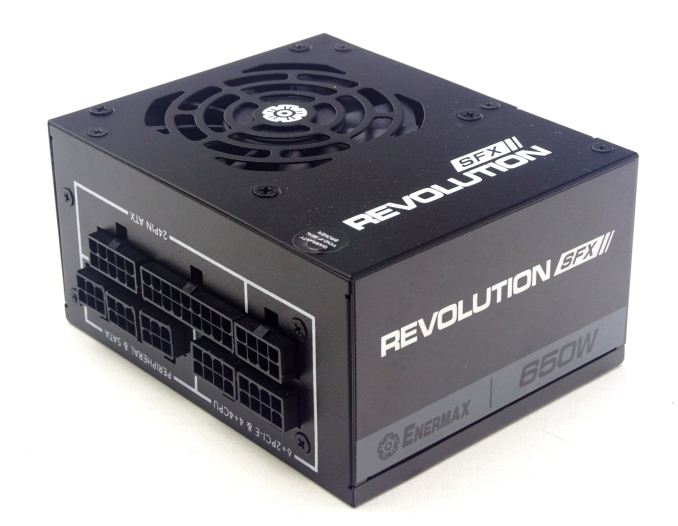 The chassis of the Revolution SFX is sprayed black, with the series logo appearing in white on every side of the PSU, even on the right side of the unit where the sticker with its electrical specifications and certifications is. Enermax’s designers clearly expected that the PSU will be installed with its fan facing upwards, otherwise the sticker will not be visible and the logos on the left side of the unit will be upside down. However, installing the Revolution SFX with the fan facing downwards will not have any repercussions other than aesthetic. 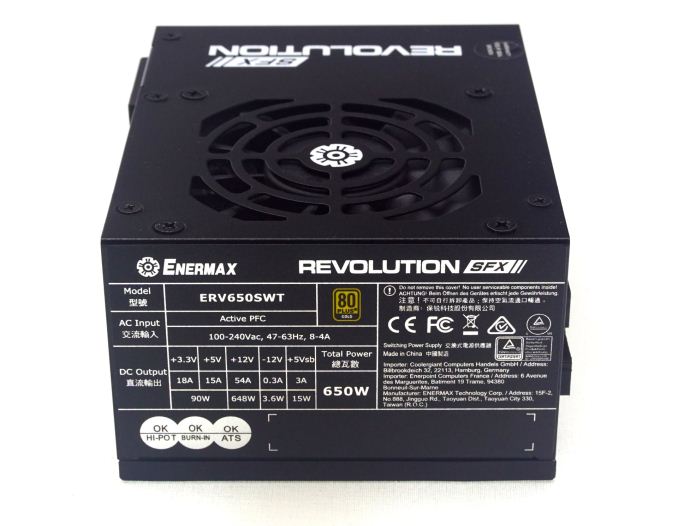 There is nothing on the rear side of the Revolution SFX other than the AC cable receptacle. In designs where every millimeter counts, even a simple on/off switch can be a luxury. The connectors for the modular cables can the seen at the front side of the unit, with a basic legend printed on the metallic chassis. The connectors should be fool proof but the 6-pin SATA/Peripheral cables can be forced into the 8-pin PCI-E/EPS connectors, in which case the inevitable result would be irreversible component damage. However, a lot of force is required, as the plastic lock of the cables will prevent their insertion in the 8-pin connectors. 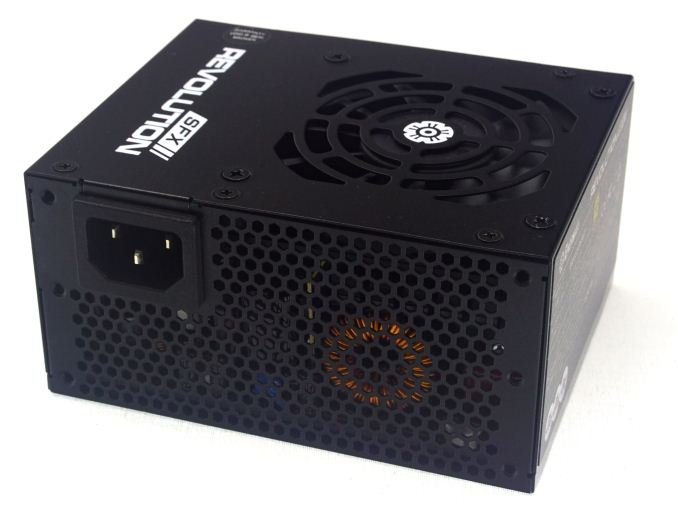 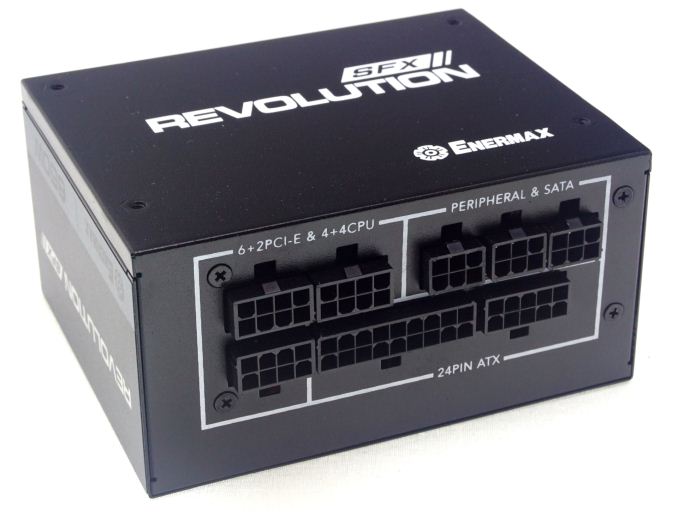 A Yate Loon Electronics low profile 80 mm fan is responsible for the cooling of the Revolution SFX PSU. The thin fan has a sleeve bearing and a maximum rotational speed of 3000 RPM. It is strange why the company did not opt for a ball bearing engine fan instead on a unit with a 5-year long warranty. It is quite possible that the designer assumed that the fan will not be operational for more than a few hours every day, as the Revolution SFX has a semi-passive cooling design and the fan will start only after surpassing a certain load level. 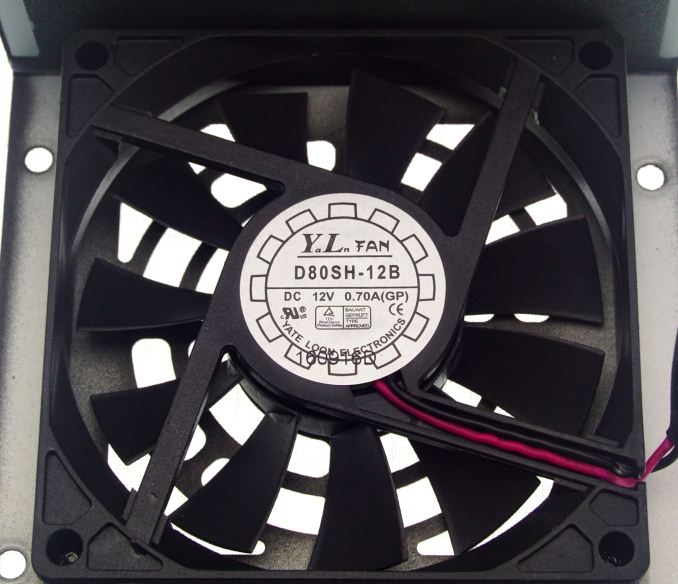 A look at the interior of the Revolution SFX reveals a packed design, with barely enough space for the airflow to travel through the components. The OEM behind the Revolution SFX is Channel Well Technologies (CWT), a well-known designer and manufacturer of advanced PSU platforms. 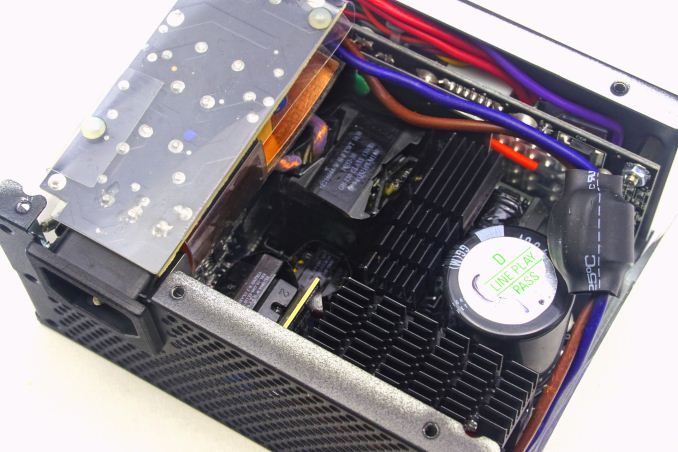 The filtering stage is on a secondary PCB that is soldered on the AC receptacle. We measured four Y capacitors, two X capacitors and two filtering inductors in total, which are pretty much the standard configuration for an advanced 600-700W PSU. 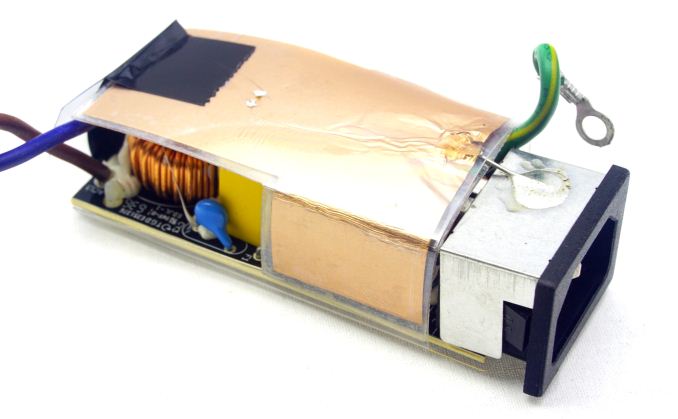 Moving on to the APFC components, we can see a basic configuration with one transistor and one diode as the active components. The large 400V/390μF APFC capacitor is supplied by Nichicon. The primary inversion stage is relatively simple as well, with two high efficiency MOSFETs forming a typical half-bridge design. 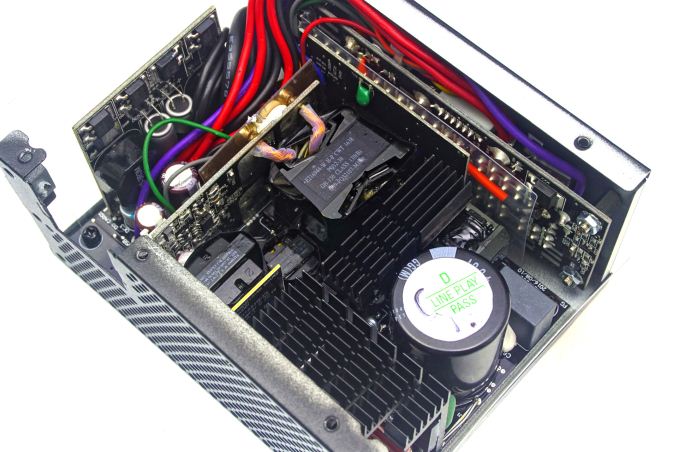 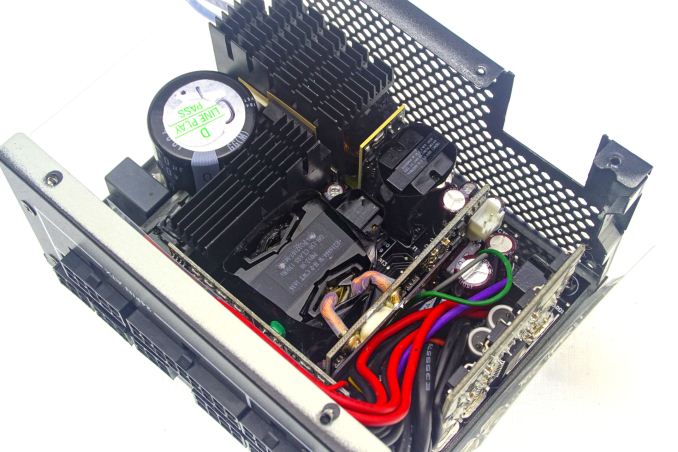 Four MOSFETs form the synchronous rectification stage on the secondary of the main transformer, generating the 12V line of the unit. The 5V and 3.3V lines are being derived via DC to DC conversion circuits. All of the secondary capacitors, electrolytic and polymers alike, are provided by Nippon Chemi-Con, with a few stray Su’scon polymer capacitor used for filtering onto the connectors PCB. Su’scon is not a Japanese brand but Enermax advertises “100% electrolytic capacitors”, so their advertising campaign technically is accurate. 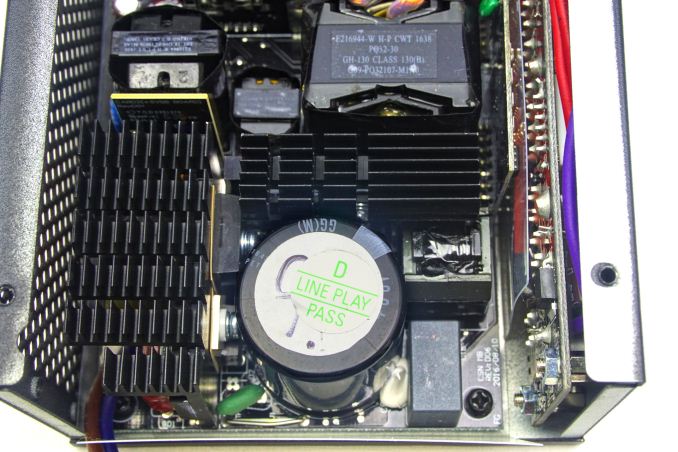 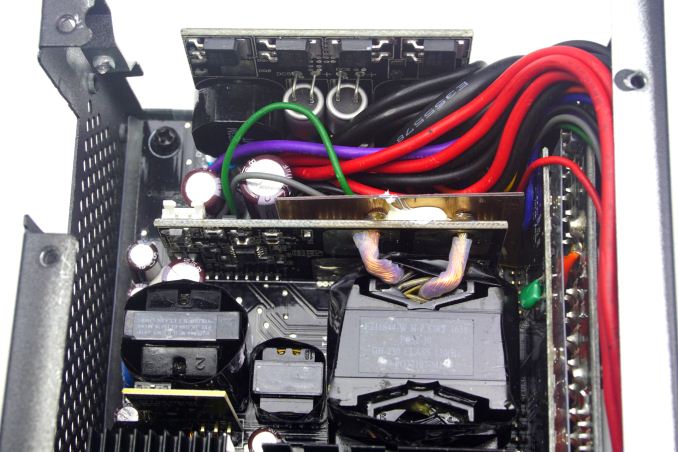