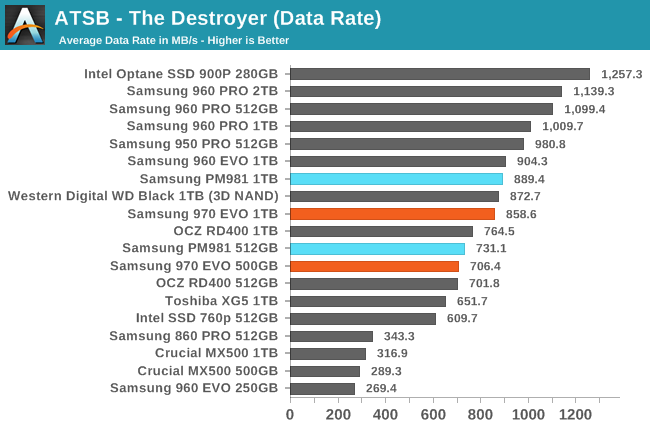 The average data rates from the Samsung 970 EVO on The Destroyer are a slight step backwards from the Samsung PM981 OEM drive and from the 960 EVO. All of the TLC-based drives are still performing below even Samsung's older MLC-based NVMe drives, and of course the Intel Optane SSD. This year's Western Digital WD Black offers about the same performance as the 970 EVO. 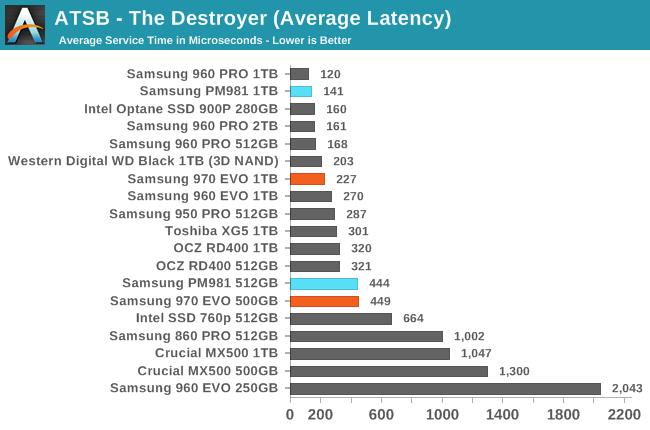 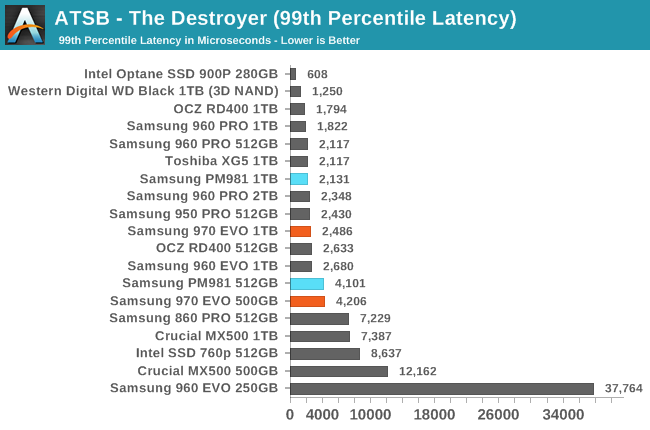 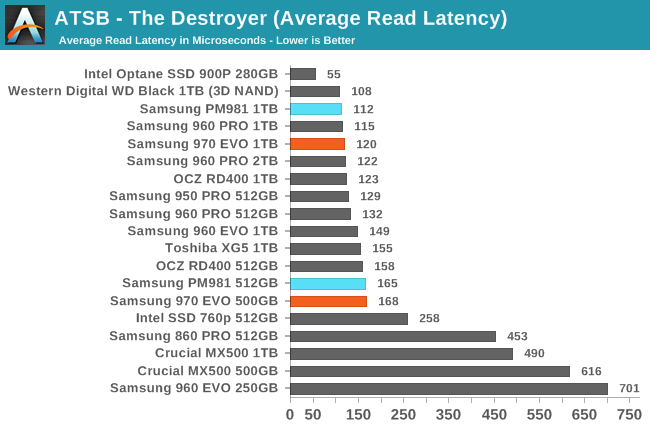 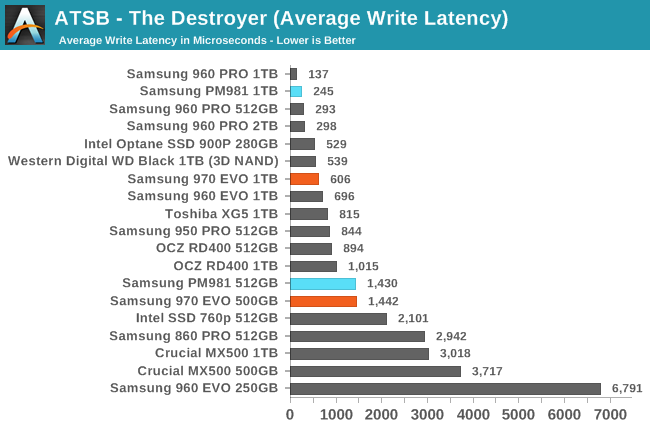 There is a clear range of average read latency scores that make up the high-end NVMe market segment. The 970 EVO doesn't stand out from the other drives in that category. For average write latency, scores vary a lot more, and the 970 EVO outperforms its predecessor slightly but fails to match the very good score the PM981 obtained. 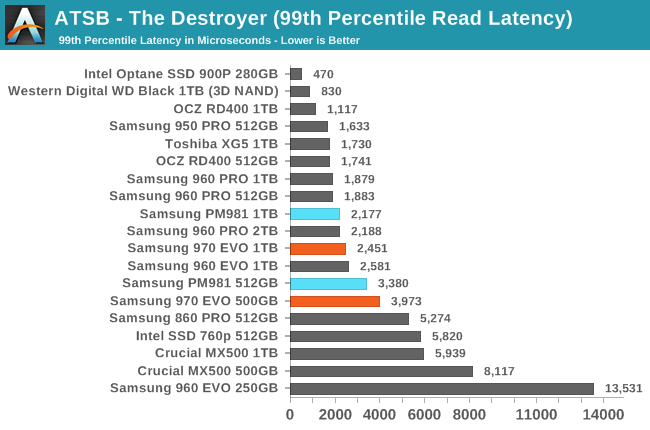 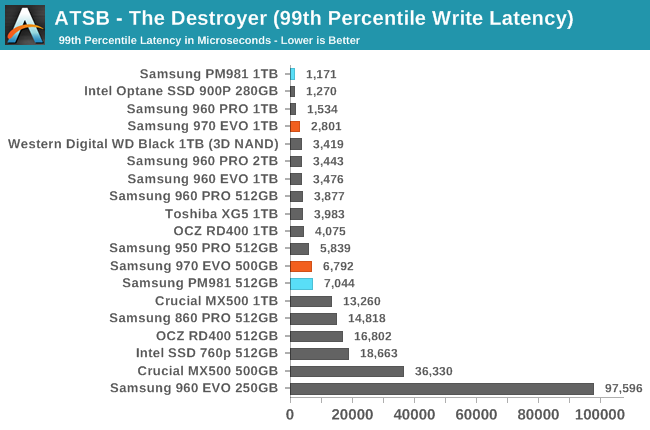 The 99th percentile read and write latency scores from the 970 EVO don't break new ground and mostly fail to match the PM981, though the differences aren't large enough to be a serious concern. The WD Black's notable QoS advantage is on the read side, where it is the only flash-based SSD to almost always keep read latency below 1ms. 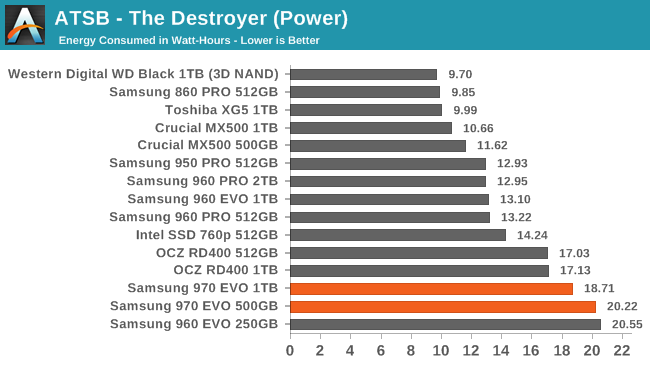 We didn't have the opportunity to measure power usage of the Samsung PM981 on The Destroyer, so this is our first look at the power draw of the Samsung Phoenix controller on this test. The situation isn't good. The 970 EVO uses twice the energy as the WD Black to does despite both drives offering about the same level of performance on The Destroyer. The power efficiency of the 970 EVO seems to be a big step backwards from the previous generation and is not at all competitive.