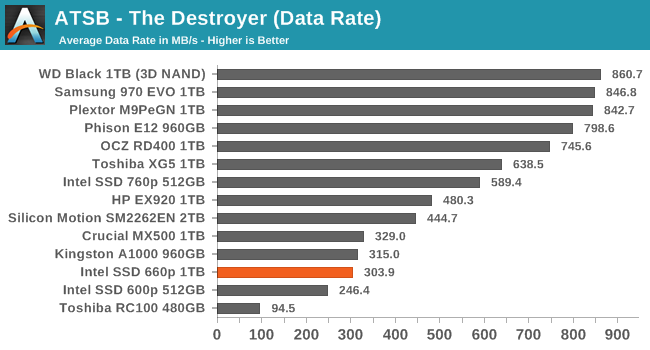 The Intel SSD 660p manages an average data rate on The Destroyer that is only slightly slower than the Crucial MX500 mainstream SATA SSD and the Kingston A1000 entry-level NVMe SSD. It's a step up from the performance of the 512GB Intel SSD 600p, and more than three times faster than the DRAMless Toshiba RC100. 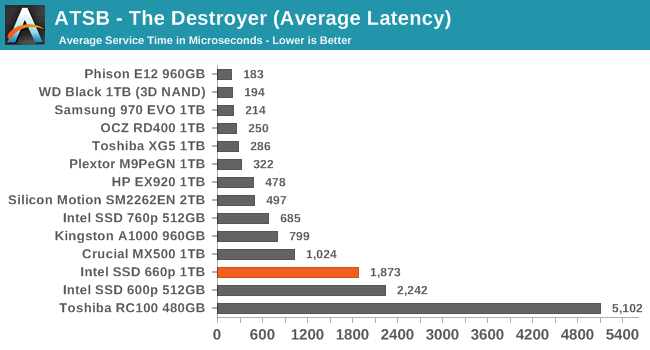 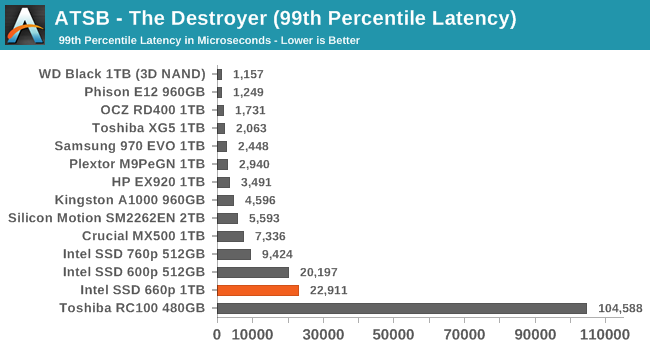 The average and 99th percentile latency scores for the Intel SSD 660p are quite poor by NVMe standards and significantly worse than the Crucial MX500, but the latency isn't completely out of control like it is for the Toshiba RC100. 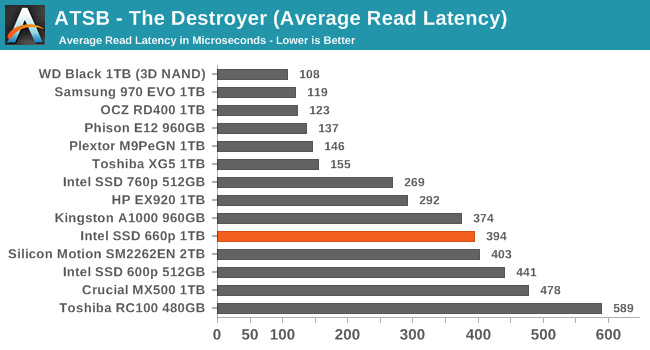 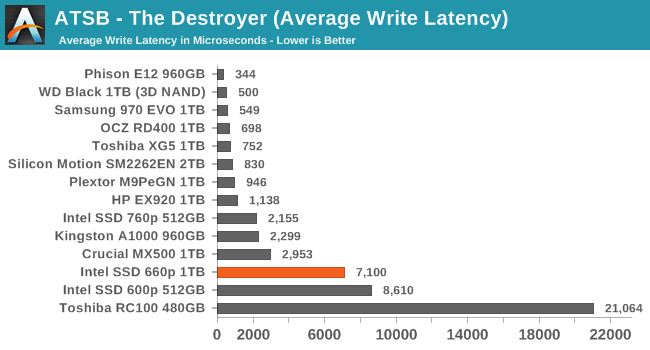 The average read latency from the 660p during The Destroyer is comparable to other low-end NVMe SSDs and better than the 600p or Crucial MX500. The average write latency is more than twice that of the MX500 but lower than the 600p and RC100. 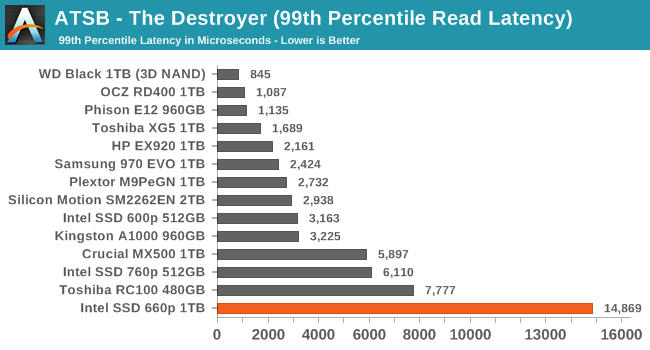 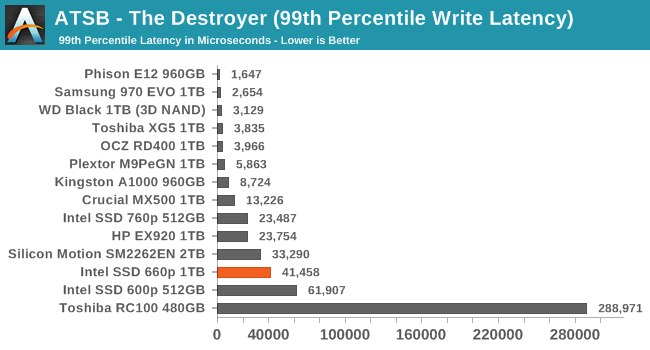 The 99th percentile read latency from the Intel SSD 660p on The Destroyer is significantly worse than any other NVMe SSD or the Crucial MX500 SATA SSD, but the 99th percentile write latency is an improvement over the 600p and does not show the extreme outliers that the Toshiba RC100 suffers from. 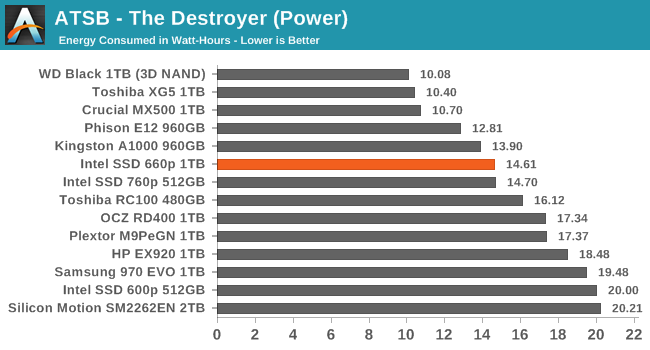 The energy usage of the 660p during The Destroyer is a bit better than average for NVMe SSDs, though still quite a bit higher than is typical for SATA SSDs. The 660p is less power hungry than most NVMe drives and slower, but not enough to drag out the test for so long that the power advantage disappears.