As part of our usual test suite, we run a set of code designed to measure the time taken for the processor to ramp up in frequency. Recently both AMD and Intel are promoting features new to their processors about how quickly they can go from an active idle state into a turbo state – where previously we were talking about significant fractions of a second, we are now down to milliseconds or individual frames. Managing how quickly the processor fires up to a turbo frequency is also down to the silicon design, with sufficient frequency domains needing to be initialized up without causing any localised voltage or power issues. Part of this is also down to the OEM implantation of how the system responds to requests for high performance. 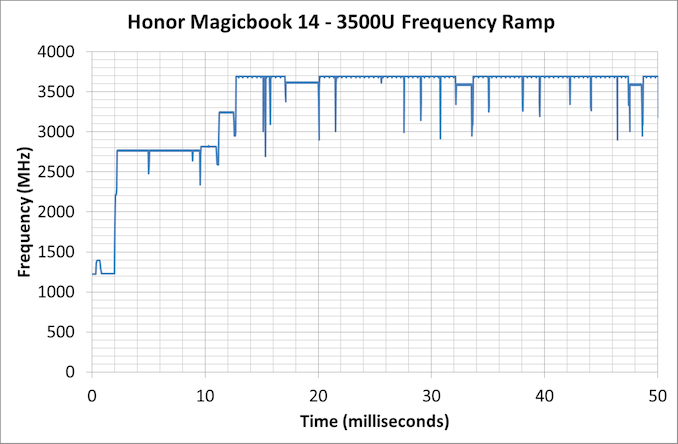 For our Honor Magicbook and the Ryzen 5 3500U, we get a base frequency around 1200 MHz, and within 2 milliseconds the system shoots up to a fast 2750 MHz. This is not the final turbo, as it requires another 10 milliseconds going through several frequency stages to finally get to a 3.7 GHz turbo frequency. Overall, from idle, we measured just under 13 milliseconds, which coincides with a single frame at 60 Hz. This is usually the target for user-level responsiveness, so the Magicbook gets a pass here.

As part of my new test suite, we have a CPU power wrapper across several benchmarks to see the power response for a variety of different workloads. First workload up is a heavy AVX-related workload. 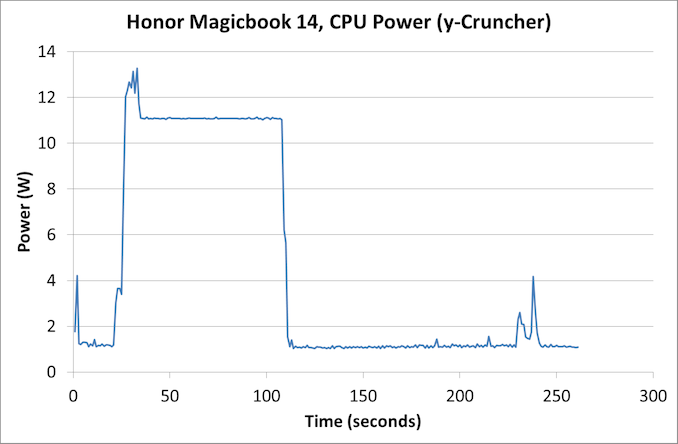 The CPU power sits around 1 W at idle, and then goes up to a peak of 13 W, before sitting down to 11 W for the rest of the test. So despite the 3500U being a 15 W processor, Honor has configured the CPU here to only hit 13 W at turbo then 11 W in a sustained test. The sustained part of that turbo isn’t that long, only about 10 seconds or so. 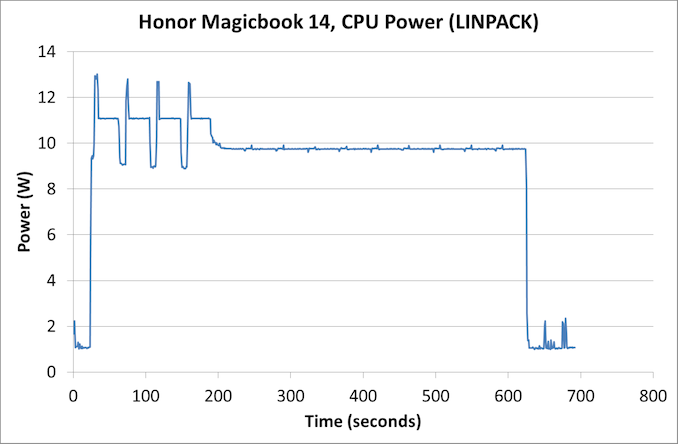 Another AVX test is LINPACK, and here we see the same thing – a turbo up to 13 W and the rest of the test goes to 11 W. The difference here is that when the periodic test gets to around 200 seconds, the maximum power limit tails off into a 9.5 W power limit, suggesting that there are multiple sustained workload power limits on this device. If you can complete the work in 10 seconds, you get 13 W – under 200 seconds gets 11 W, and beyond that gets 9.5 W. 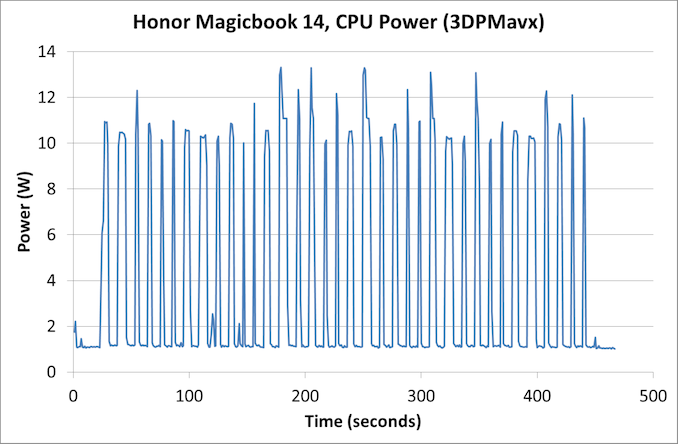 Our 3DPMavx test here does 10 seconds on, 10 seconds off, repeating - allowing the system to recoup some of the power budget for turbo. It sort of works, as we can see spikes of 13 W later on in the test. 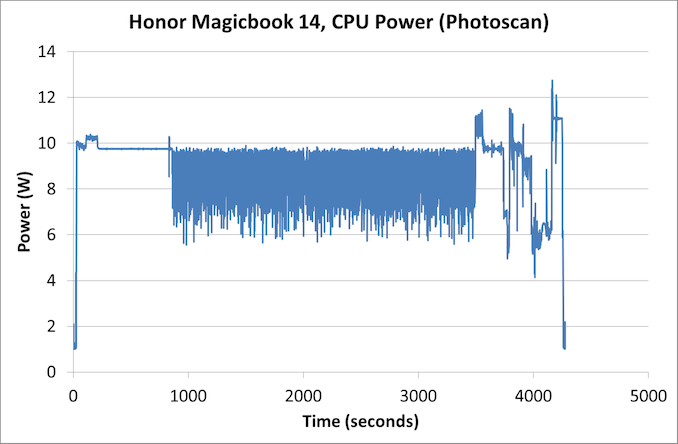 This final test is more indicative of a real workload. This is our Photoscan test, which has four segments, some of which are multi-threaded, single threaded, or variable threaded. Here we get more of a 9.5 W through the full test, with the variable threaded part seeing a lot of variation (one core can’t take the whole budget it seems). Nearer the end we are seeing more spiky behaviour as some of the turbo budget gets returned.

Our latency test is a simple core-to-core ping pong test, to detect any irregularities with the core design. As this is an AMD Picasso processor, the four cores of a single CCX should offer the same latency to each other. 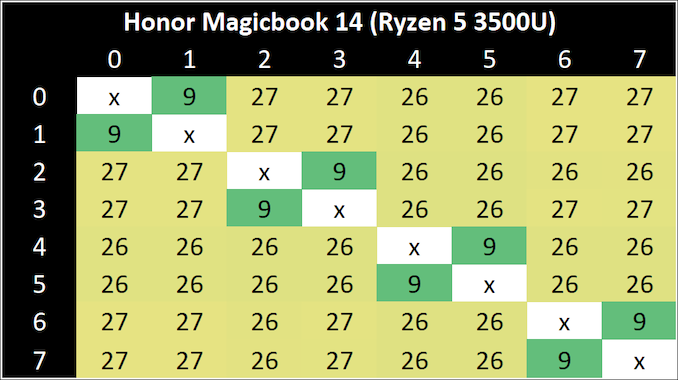 The chip has a 26-27 nanosecond bounce latency.

As for the cache structure, again, this is a typical Zen+ APU result: 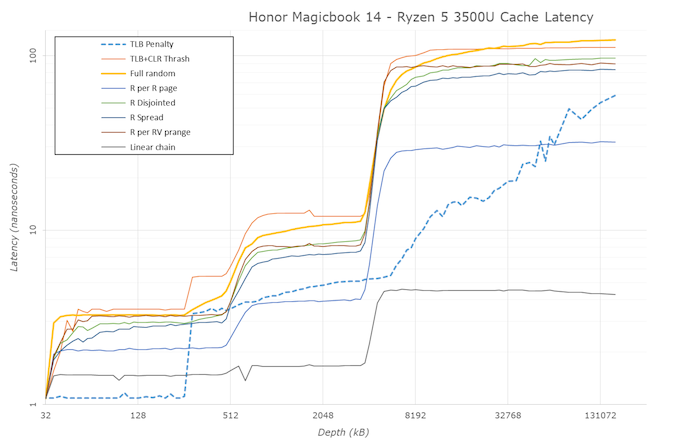