When it comes to GIGABYTE's Aorus branded models, they typically share the same set of core aesthetical characteristics. Evolving over the last couple of years on its more premium Aorus models, the Z490 Aorus Master is a prime example of this. It includes an amalgamation of black PCIe slot armor with its M.2 heatsinks to give a uniformed look, which flanks a large chipset heatsink. GIGABYTE uses a black and silver design throughout the board. The rear panel cover includes integrated RGB LED lighting, which illuminates the center's logo and the claw style markings, while users looking to add more can do so via four LED strip headers; two for regular RGB LED strips and two for the more premium addressable LED strips. 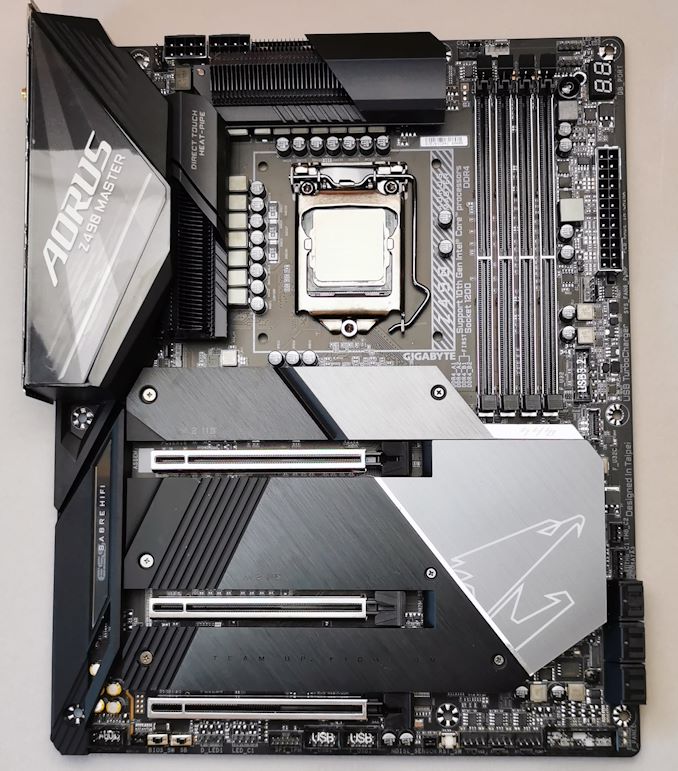 When the RGB is off

Focusing on PCIe support, there are a total of three full-length PCIe 3.0 slots that operate at x16, x8/x8, and x8/x8/+x4, with no x1 slots. Users looking to add additional PCIe cards such as additional networking controllers and sound cards can still use the full-length slots. Surrounding the PCIe slots are three PCIe 3.0 x4 M.2 slots, located under three individual M.2 heatsinks to keep within the board's subtle yet stylish aesthetic. Two PCIe 3.0 x4 M.2 slots also include support for SATA drives, while the top slot only includes support for PCIe based drives. Located at the bottom right-hand side is a total of six right-angled SATA ports, which include support for Intel RAID 0, 1, 5, and 10 arrays.

Located around the edge of the PCB is a total of eight 4-pin headers, with one designated for a CPU fan, one for a water cooling/optional CPU fan, four for chassis fans, and two doubling up for water pumps and chassis fans. Located in the top right-hand corner is a two-digit LED debugger, with two dual BIOS switches located in the bottom left-hand corner of the board. 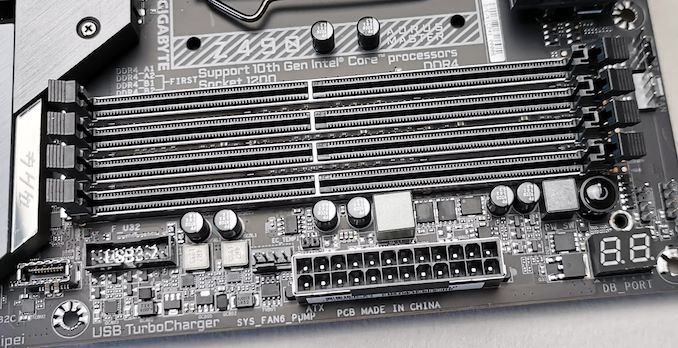 The GIGABYTE Z490 Aorus Master is a premium model that caters to the upper end, and as such, it offers blisteringly fast memory support. The board includes four memory slots capable of supporting up to DDR4-5000 memory, with a maximum capacity of up to 128 GB. The left of the memory slots is a single USB 3.2 G2 Type-C header, while GIGABYTE also includes a single USB 3.2 G1 header for an additional two Type-A ports, with two USB 2.0 headers which provide up to four ports. 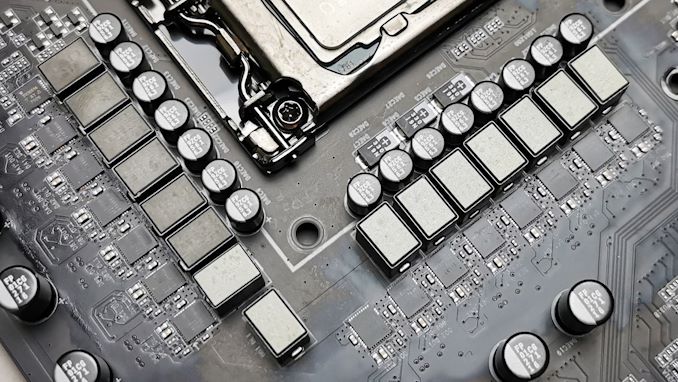 The GIGABYTE Z490 Aorus Master has a decent power delivery, with a large 15-phase design. This is split into fourteen phases for the CPU and one of the SoC. GIGABYTE uses fourteen Intersil ISL99390 90 A power stages on the CPU section, which are doubled using seven ISL6617 doublers, with a single Vishay SIC651 50 A power stage for the SoC. This means the Intersil ISL69269 PWM controller is operating in a 7+1 configuration. Providing power to the power delivery is a pair of 12 V ATX 8-pin power connectors. 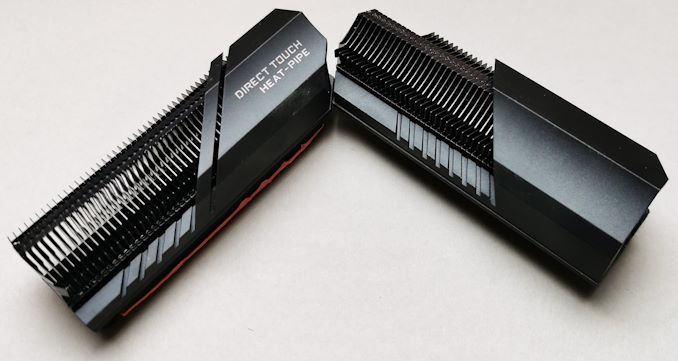 Keeping the power delivery cool is a dual heatsink setup which is interconnected by a single heat pipe. This uses direct touch cooling technology, which allows for a more efficient transfer of heat from the components to the aluminum finned heatsinks. The heatsink itself is relatively weighty, with plenty of cooling fins designed to direct passive cooling from a chassis across the heat pipe.

For audio, GIGABYTE is using the Realtek ALC1220-VB HD audio codec, with an ESS Sabre ES9118EQ DAC chip. This is common for an audio setup on a mid-range GIGABYTE model, with official support for Dolby DTS:X Ultra. The front panel head also includes support for direct stream digital (DSD) audio, which is very similar to FLAC quality. Surrounding the audio codec and DAC is a total of five gold Japanese audio capacitors, with another four premium WIMA capacitors.

The rear panel is a generous amount of USB connectivity, which includes three USB 3.2 G2 Type-A, one USB 3.2 G2 Type-C, two USB 3.2 G1 Type-A, and four USB 2.0 ports. For networking, GIGABYTE includes an Intel i225-V 2.5 GbE controller and an Intel AX201 Wi-Fi 6 CNVi module, which also includes support for BT 5.1 devices. The five gold plated 3.5 mm audio jacks and S/PDIF optical output are powered by a Realtek ALC1220-VB HD audio codec, with an assist going to an ESS ES9118EQ Sabre DAC. Intel's Comet Lake processors include integrated graphics, and GIGABYTE has included a single HDMI 1.4 video output for users looking to leverage this. Finishing off the rear panel at the left-hand side is a Q-Flash button to update the board's firmware, as well as a clear CMOS button. The rear panel IO is pre-attached to the board, which is becoming a more frequent feature with premium models.

What's in The Box 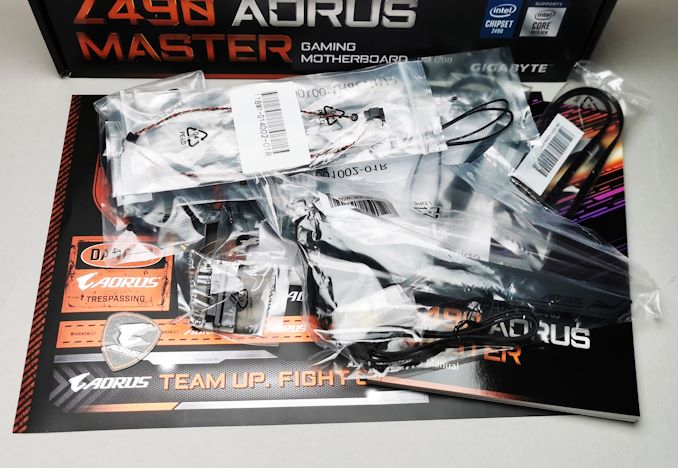 Included within the accessories bundle is a pretty good array of accessories that are needed to get a system up and running. This includes four SATA cables, a thermistor cable pack, two RGB extension cables, a GIGABYTE G connector, and the AX201 Wi-Fi 6 antenna. For the users that like branded merchandise, GIGABYTE includes a vibrant and plentiful sticker sheet.