Just like the other Droids, this model’s slider lacks any spring assistance, instead it slides out along a friction-guided two-rail track. It’s pretty obvious where that friction happens and where the slider locks into the display part, given the two small notches at the top, and likewise where the tracks are at the extreme left and right. Initially I found the Droid 3 slider a bit resistive and not super smooth, however after a few days of use it settled into a much better and smoother groove. 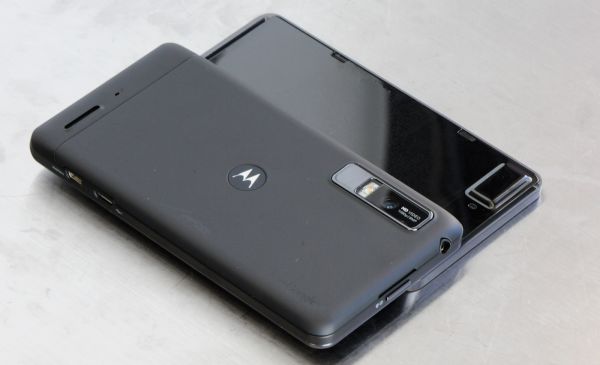 It still isn’t quite as fluid as HTC’s latest designs, but again gets the job done with an impressive thickness (or lack thereof). The back of the display is topped with a reflective, patterned surface which also unfortunately collects fingerprints. 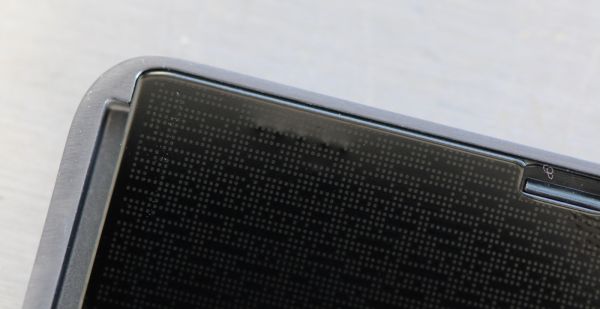 So how is the keyboard that the slider makes possible? In a word - amazing. Yes, it quite literally is the closest to perfect I’ve seen in a very long time. Each iteration of Motorola Droid keyboards has gotten slightly better, starting with the almost unusable Droid 1’s concave keys which had minimal feedback, to the mid-cycle refresh which changed key domes to convex, followed up by the Droid 2 which removed the D-pad and improved communication, and now the Droid 3. 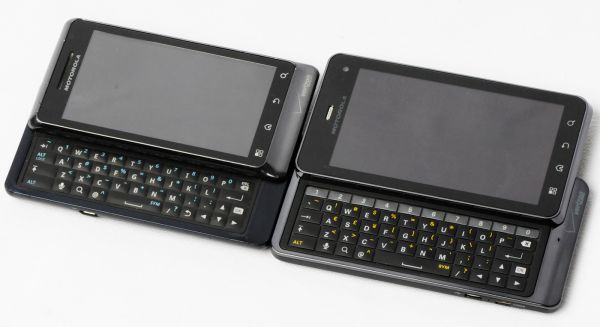 The Droid 3 adds a fifth keyboard row, this time dedicated exclusively to the arabic numerals. I originally thought having numerics wouldn’t make much sense, but after entering my 20-character WPA PSK for probably the hundredth time followed by the usual assortment of passwords for email and google accounts, it finally made sense. Having a row dedicated to numerics just makes so much sense in retrospect, both for entering phone numbers in messaging, passwords, and so many other situations. 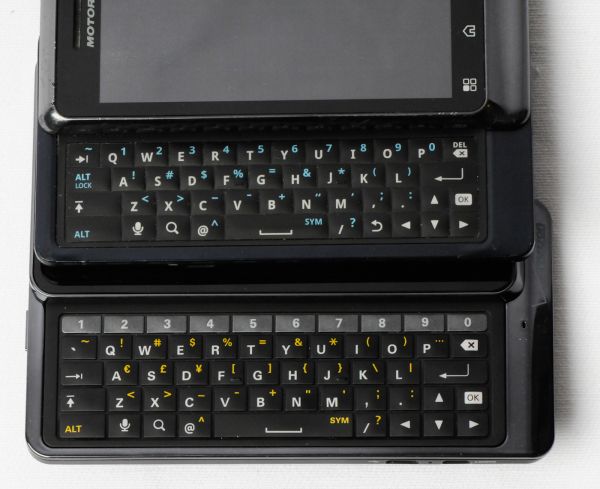 The numerical row also does double duty by acting as a buffer between the top row of the latin characters and the top display slider. My only major complaint with the Droid 2 and before was that there was very little space between this top row and the display slider - if you had any fingernails at all or even just large fingers, they’d likely collide with that slider when typing on the top row. Now, having one more (even half height) row makes that a solved problem.

The keys on the Droid 2 previously had little space between them, it was primarily one large piece without a discrete gap between characters. The Droid 3 now includes a shiny plastic layer between keys, which will no doubt show lots of grime in due time, but it does make each key independently clicky. 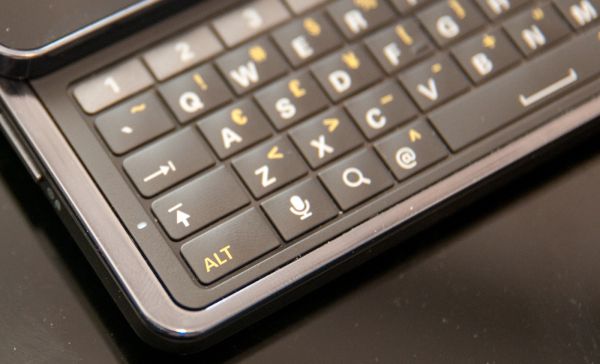 The only rearrangements to speak of are the removal of alt-lock and the back keys, and repositioning of the tab key. The bottom row also is slightly shifted to the left. Material and tactile feel on these new domes are excellent. Again, the keys are convex, topped in a soft matte texture, and communicatively clicky. Motorola takes a nod from Apple with a caps-lock indicator that nicely disappears into the lip on the left next to the shift key - it’s a nice touch which makes the caps lock indicator visible even with a finger on the button.

Backlighting on the Droid 3 keyboard is nice and even. There aren’t any controls in settings for controlling when the backlight comes on or how long until it turns off. Backlighting seems to turn on and remain on when ambient brightness is under a certain level. Alongside the Droid 2, the Droid 3 seems very conservative with its keyboard backlighting, as it seems to enable it at a notably lower ambient light level than its predecessor. 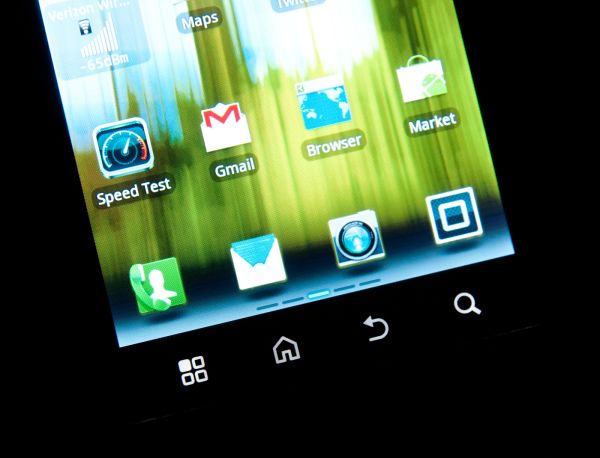 The capacitive buttons are likewise backlit the same way they have been on previous Motorola Droids, and thankfully the order of these respective Android keys are unchanged from the Droid 2 to 3. There’s a bit of capacitive button backlight bleed at the bottom of the display where the glass ends and meets plastic, but it isn’t too distracting. 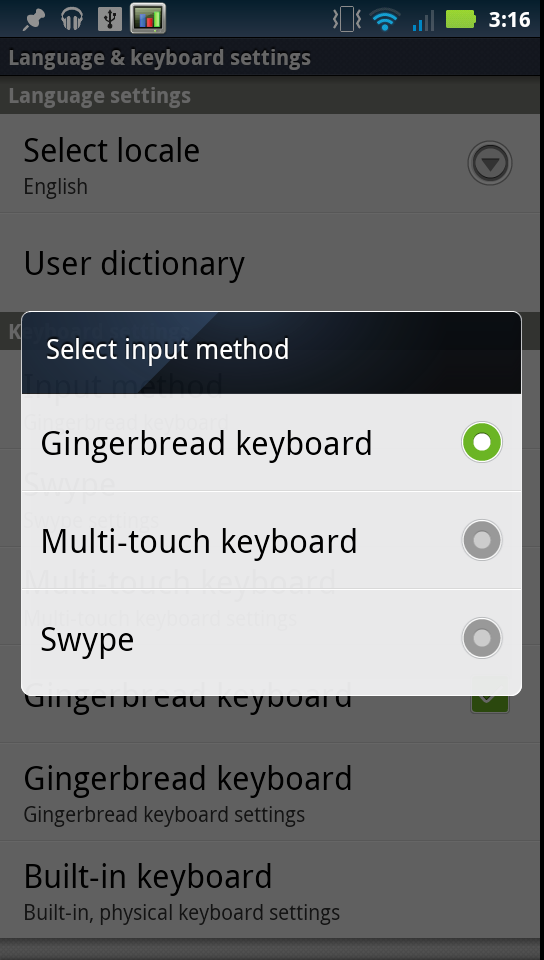 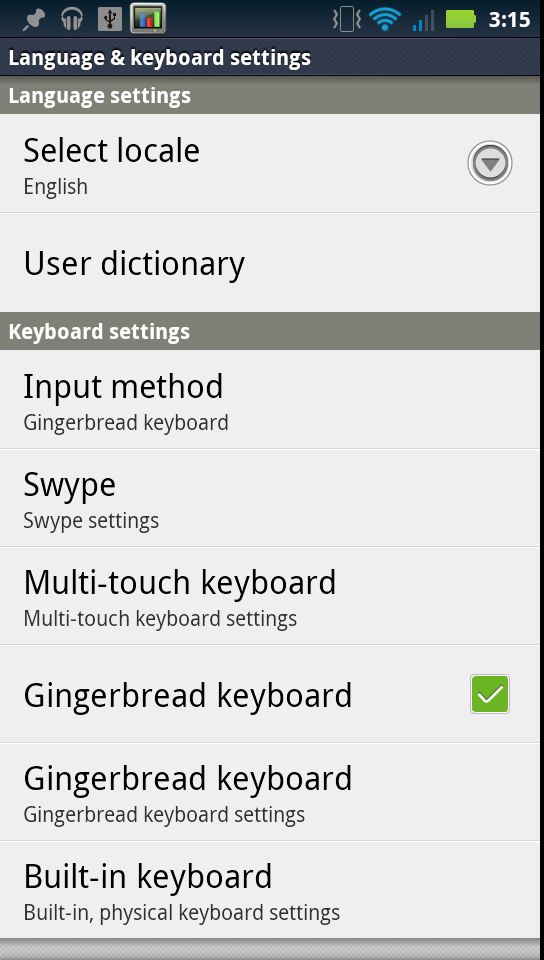 Since we’ve been talking about the keyboard, I think it’s worth mentioning that the Droid 3 continues the Motorola legacy of including a host of software keyboard options for portrait view. Swype, the default Motorola multi-touch keyboard, and the Android 2.3 stock gingerbread keyboard are all preinstalled an available as options. I’m glad the Droid 3 doesn’t do away with the gingerbread keyboard, like I’ve seen other Android 2.3.x handsets do. Swype is themed to look like Motoblur, and the multi-touch keyboard is as good as it always has been on other Motorola Android devices.