In the process of working on this review, I posted to my work Facebook that I was understanding the reason for the increase in popularity of closed loop coolers, and it wasn't just the potential for superior cooling power. Closed loops take up a tremendous amount of space, certainly, but the way they occupy space can actually be much less cumbersome than having to somehow mount an enormous tower cooler to four tiny screw holes.

There's also, and I hope you'll forgive the rant, the entire cottage industry that's essentially sprung up around the complete inability of Intel (a corporation valued at over $80 billion and capable of producing cutting edge manufacturing and CPU technologies) to produce a heatsink mounting system that isn't absolutely godawful and destined to rot and fall out after a few years (yes, I've actually seen this happen). So instead of Intel fixing this atrocity that's persisted since the beginning of LGA 775, we deal with complex mounting systems from heatsink designers and case designers that have to basically punch out the back of the motherboard tray. Meanwhile, AMD owners get a good chuckle out of their far simpler (and still very effective) mounting clips. AMD's only failure on this front is the need to switch to an LGA; thermal paste left on over time can actually produce an adhesive effect so strong that you can rip the CPU out of the socket without lifting the locking lever. 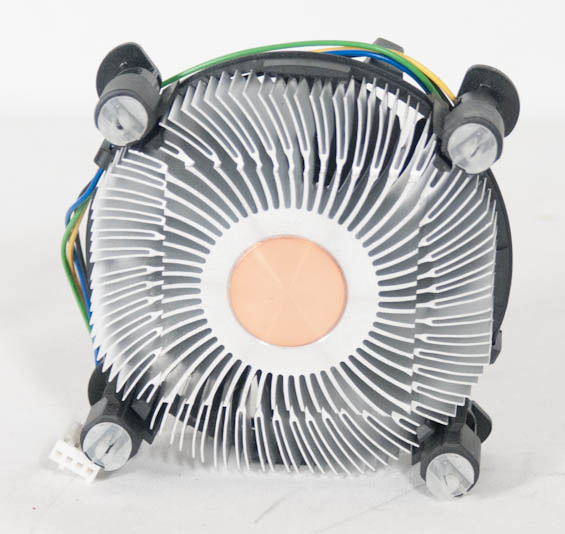 The reason I bring up this rant is because Deepcool employs two different mounting mechanisms for their coolers: one that's mostly workable and one that's awful. The awful one relies on pushpins, and that's the mechanism that the Gammaxx line employs. Mounting and testing the Gammaxx 300 actually meant mounting and testing it twice; the first time it appeared CPU contact was good, but upon removing the heatsink after testing, I noticed one of the pins was already broken and needed to be replaced with pins from the Gammaxx 200. The result was a clearly uneven contact between the heatsink and heatspreader, as evidenced by an obvious blank spot in the thermal grease. 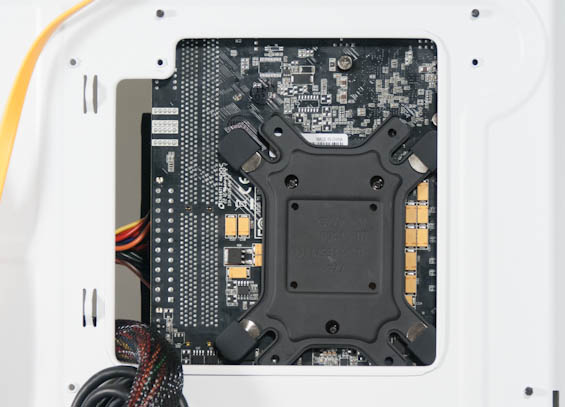 Deepcool's other mounting system is much sturdier, but comes with its own set of problems. For this, they employ a backplate and screws that go up through the motherboard. On the motherboard, spacers are placed on the screws, and then mounting brackets are bolted into place. Deepcool unfortunately needed to make the screws themselves about a millimeter longer, as it would've made installing the backplate and mounting kit much easier. As it is, you have to apply a healthy amount of pressure to the backplate to get enough screw to mount the bolt. Hopefully the twelve-year-olds in the audience enjoyed that last sentence.

The problem is that the backplate is huge. It's nice and sturdy, but it's big enough that I had to remove the motherboard whenever I installed it or removed it. As for the bracket that screws into the mounting kit and holds the actual heatsink into place, I found that the heatsink fans often would get in the way. This also means that the squirrely fan clips, which were already troublesome enough outside of the case, get even more troublesome when you're dealing with case clearance. That's before the inevitable series of scratches you'll get from the heatsink fins themselves. 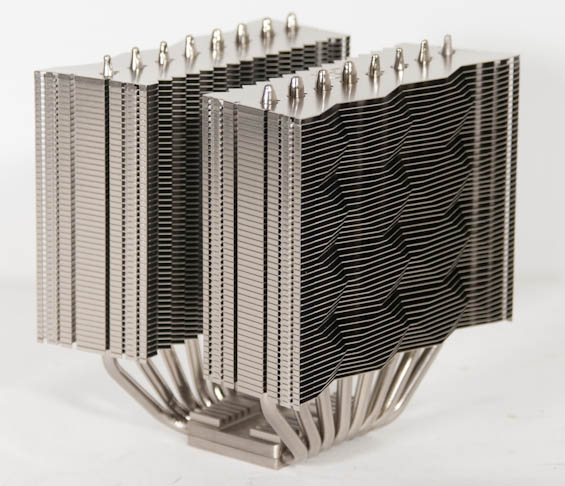 That's a lot of ranting, and admittedly a lot of these problems aren't Deepcool's fault but simply the nature of the beast. Squirrely fan mounts aren't just an issue for Deepcool, but they are something that can be corrected by an enterprising designer. Unfortunately, bloodthirsty heatsink fins are mostly unavoidable.

Of the heatsinks tested, only the Ice Blade v2.0 was problem free in installation. The Assassin is a massive hunk of aluminum and copper capable of supporting up to three fans; it includes two. There's a 120mm fan that's mounted on the outside and a 140mm fan which employs 120mm mounts (kind of neat in its own right), but unfortunately that 140mm fan has to get mounted between the two towers, directly above the mounting bracket. I've already mentioned the busted pushpin on the Gammaxx 300. Finally, the dual-tower, dual-fan Frostwin had to have its towers carefully pried apart just a little bit to prevent rattling.