Although Exynos 5420 fixes the big underlying issue with Samsung’s silicon on the CPU front, it’s actually the GPU that sees the most dramatic change. ARM once again wins Samsung’s GPU business and equipped the Exynos 5420 with a 6-core Mali-T628, replacing the PowerVR SGX544MP3 from the previous Exynos 5410. Overall performance takes a huge step forward. Looking at T-Rex HD (offscreen) we see the best example of where the Mali-T628MP6 lands: about 11% slower than Adreno 330 and 8% behind IMG’s PowerVR G6430 in the iPhone 5s. It’s definitely a competitive GPU with the latest and greatest from IMG and Qualcomm, but not faster than either. It’s incredible to think of just how far we’ve come. It wasn’t too long ago that we were complaining about non-Apple SoCs not taking GPU performance seriously, but here we are talking about competitive performance across the big three ARM vendors. 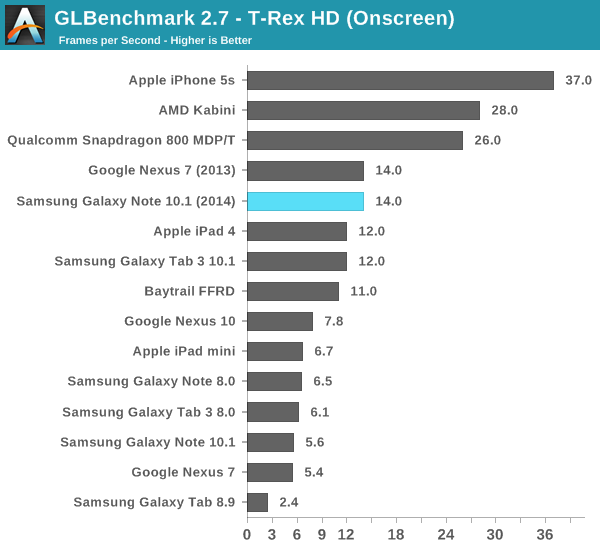 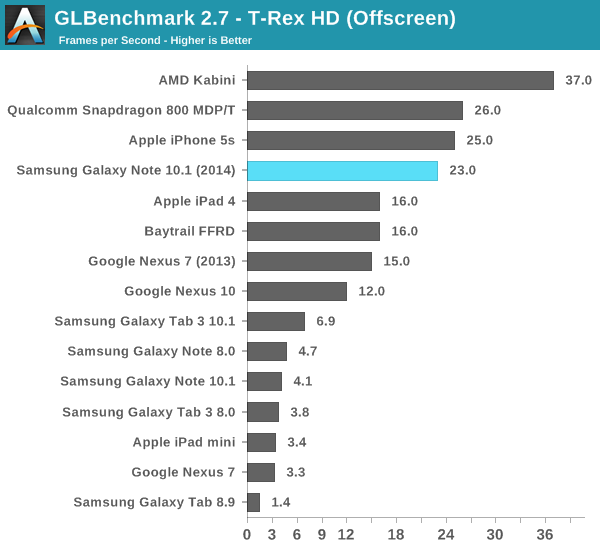 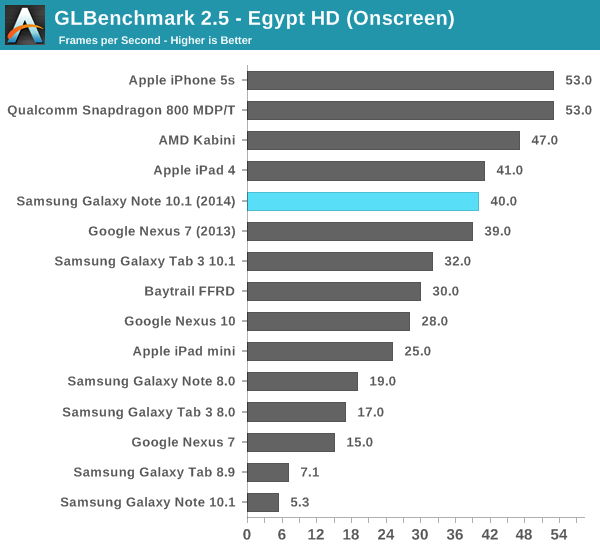 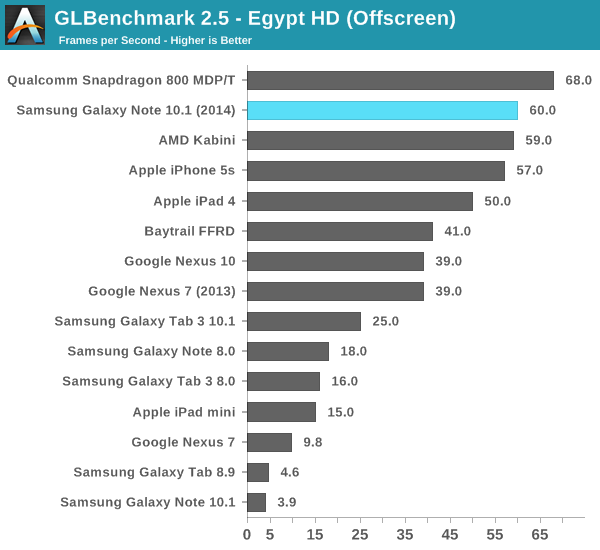 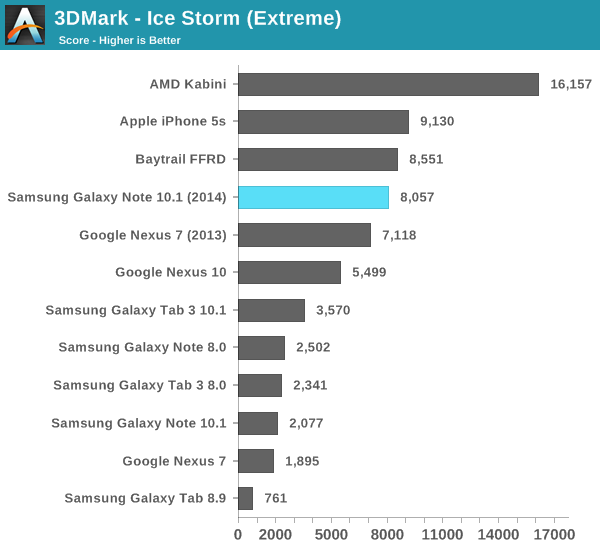 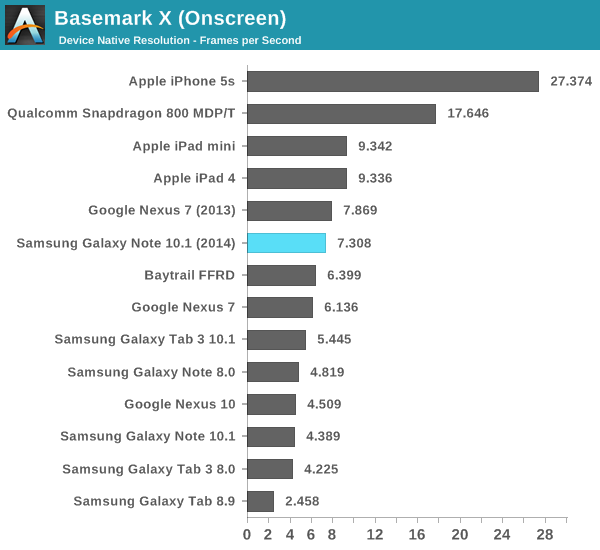 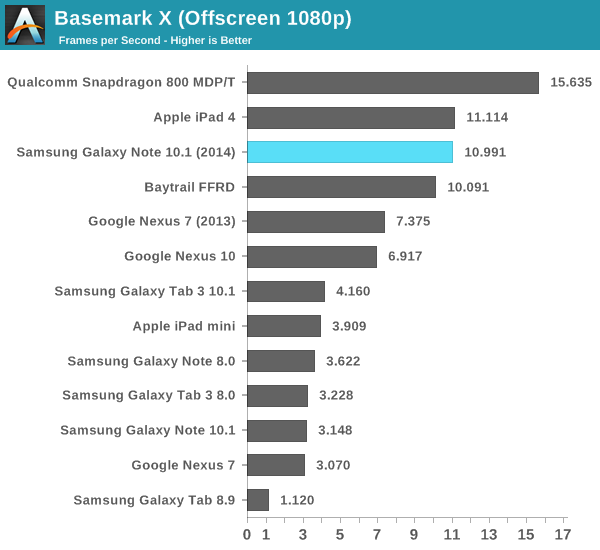 We've been tracking storage performance on these devices for a little while now and have noticed forward progress over the generations. The new Note 10.1 does reasonably well in our IO tests, with its strengths being sequential read and random write performance (arguably the two more important metrics). Since the tablet ships with Android 4.3 it should feature FSTRIM support (something we're still verifying on the 2014 Edition), which will help keep NAND performance high as long as you don't fill up all of your storage (remember: try to keep ~20% of the internal NAND free at all times). 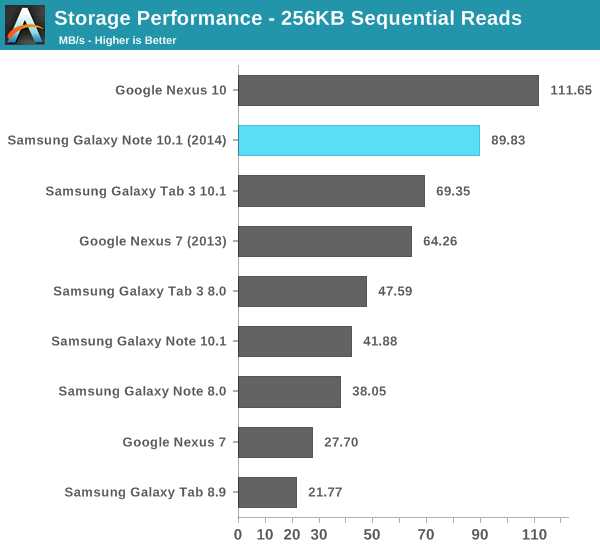 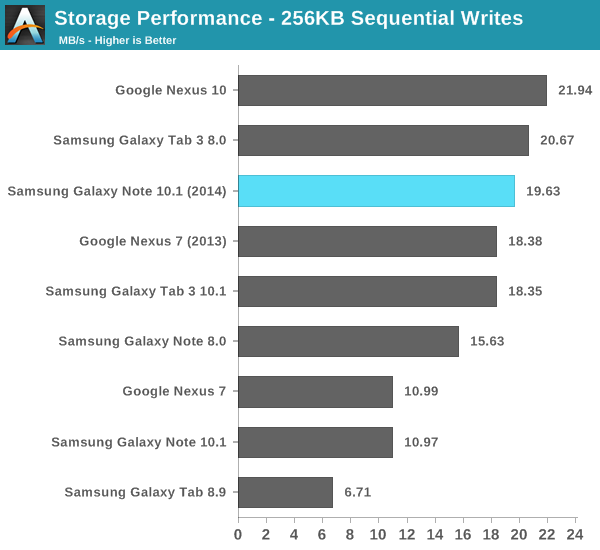 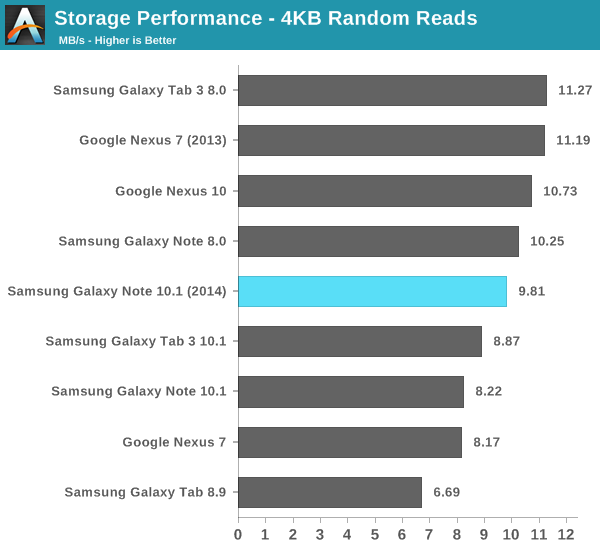 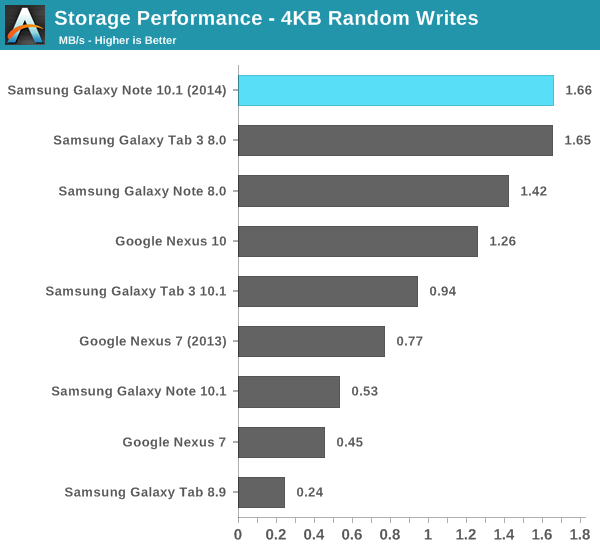