Today was Intel’s Data Center Tech Summit, where the first Optane-based memory modules are officially disclosed, although a full launch is set for later this year. The Summit did not take all day, and our contacts at Intel offered to show us the desk of the eponymous Gordon Moore, co-founder and chairman emeritus of Intel. As described, it sits as he likes it, among a number of other Intel employees next to the window, but relatively unchanged across site renovations. For us, it was the wafers on display that showcase his place in the semiconductor space as one of the most important people that have ever been in this industry. 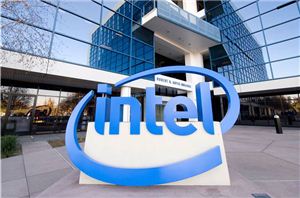 Intel at ISSCC 2015: Reaping the Benefits of 14nm and Going Beyond 10nm

As part of the International Solid-State Circuits Conference every year, Intel brings forward a number of presentations regarding its internal research. The theme this year at ISSCC is ‘Silicon...