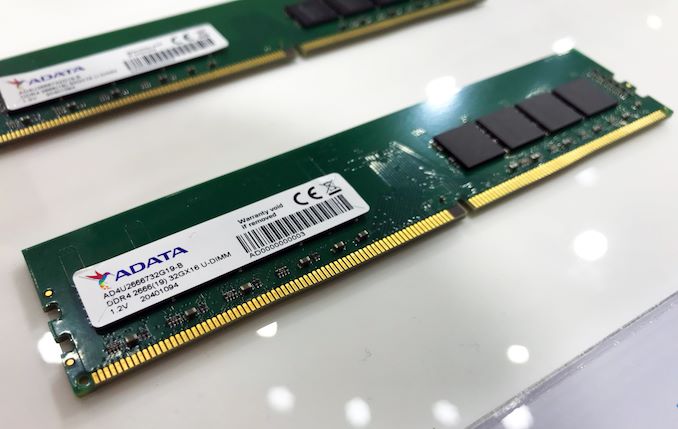 Now that both Samsung and Micron are shipping their 16 Gb DDR4 memory chips to third parties, we're seeing wider availability of 32 GB unbuffered memory modules (UDIMMs). To date, eight brands have either introduced, or started to sell their 32 GB unbuffered DIMMs, and in the coming months more manufacturers are expected to follow.

Before we proceed, let us recap the basics here. Because of the way memory sub-systems work, high-capacity memory modules (in our case, 32 GB and higher) for workstations and servers are built differently than regular DIMMs for client PCs (which are called unbuffered DIMMs, or UDIMMs). Registered DIMMs (RDIMMs) carry a register chip that buffers the address and command signals, whereas the Load Reduced DIMMs (LRDIMMs) replace the register with an Isolation Memory Buffer that buffers the command, address, and data signals. While both the register chip and the IMB allow hardware vendors to build high-capacity memory modules and memory subsystems, neither RDIMMs nor LRDIMMs work with regular client platforms. Therefore, if you use a contemporary desktop and need a lot of memory for some reason, you'll need 32 GB UDIMMs.

Back in July, 2019, Twitter user momomo_us, who is from Japan, managed to get a list of 32 GB unbuffered memory modules that were either available then or were about to hit the shelves there. We took that list, added information about 32 GB UDIMMs we knew of at the time and issued the first version of the story. Several months from the initial publication we add details about recently launched 32 GB unbuddered DDR4 modules.

Now that we know the specs, let us talk about the modules themselves:

ADATA was among the first companies to showcase its 32 GB DDR4-2666 CL19 at 1.2 V unbuffered DIMMs at at Computex 2019. Eventually, the manufacturer started to offer these products to its customers. Meanwhile, considering JEDEC-standard clocks and timings, it is likely that these UDIMMs are aimed mostly at OEMs.

The ADATA XPG Hunter 32 GB UDIMMs are rated for DDR4-3000 CL16 operation at 1.35 V, which makes them an interesting choice for overclockers who could increase clocks at the cost of timings. Meanwhile, the XPG Hunter 32 GB SODIMMs look special as they are rated for DDR4-3000 CL17 operation at 1.2 V, a rather unique combination of a decent speed, agressive timings, and a JEDEC-standard voltage. The latter is probably a requirement from notebook makers who would like to stay within a JEDEC-specified voltage ballpark and keep their thermals in check. 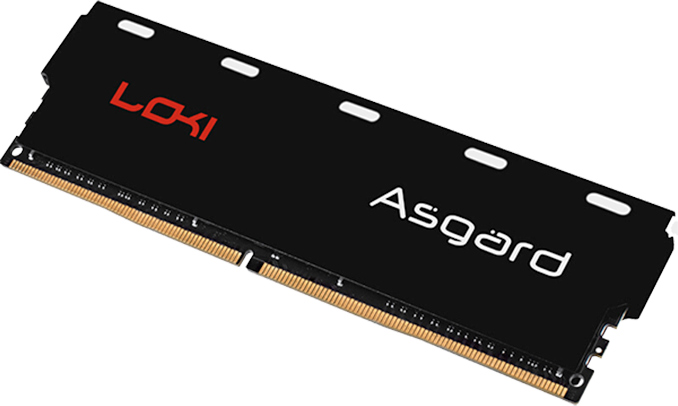 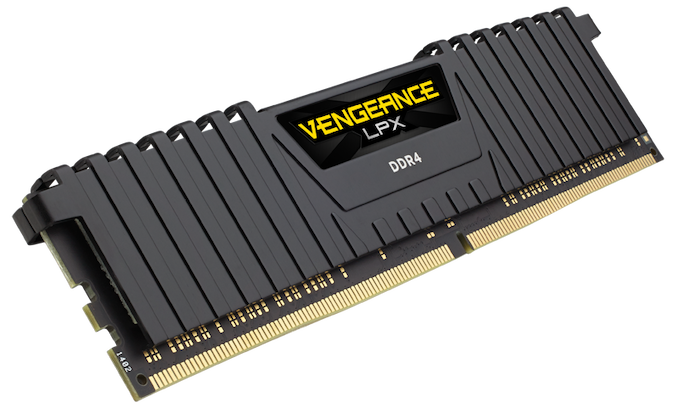 Corsair’s 32 GB Vengeance LPX unbuffered DIMMs come with DDR4-2400, DDR4-2666, and DDR4-3000 speeds. Depending on speed bins, these modules reportedly use memory chips from Micron or Samsung and require 1.2 V or 1.35 V. Corsair’s UDIMMs traditionally rely on the company’s custom 10-layer PCB designed to ensure quality signaling when operating at higher clocks, and are equipped with black heat spreaders. 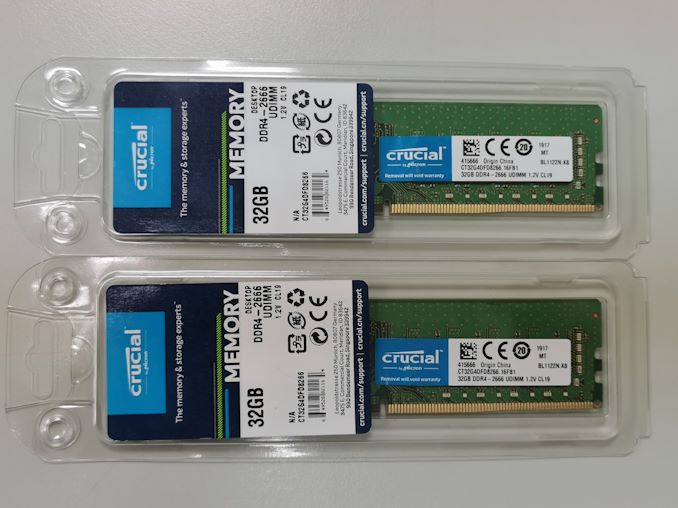 Micron’s Crucial brand introduced its DDR4-2666 CL19 32 GB UDIMMs back at Computex, but it too the company about half of a year to bring these modules to the market as they only became available in late January. In addition to moderate DDR4-2666 modules and kits, Crucial also offers DDR4-3200 CL22 UDIMMs and dual-channel kits for performance-demanding consumers. Furthermore, the compny also has 32 GB DDR4-2666 and DDR4-3200 SODIMMs.

Crucial’s 32 GB UDIMMs do not feature any heat sinks, but use industry-standard voltage, which makes them compatible with a wide variety of PCs. 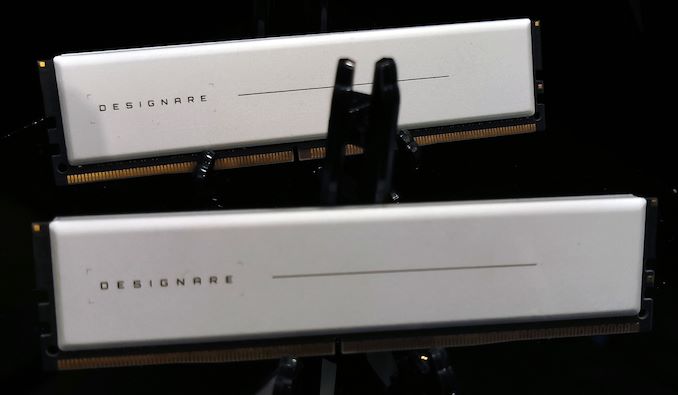 The combination of high speed and low latency is designed to attract attention of enthusiasts building a PC with 64 GB (or even 128 GB) of memory and not satisfied with standard JEDEC-set specifications. 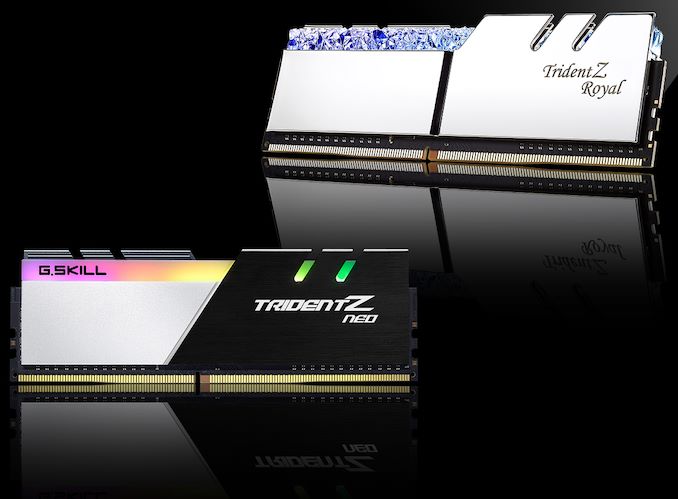 G.Skill demonstrated its 32 GB UDIMMs at Computex and finally launched them in early October. Being one of the biggest suppliers of memory for retail and enthusiasts, G.Skill decided to address different types of customers with its high-capacty modules and for this reason introduced 32 GB memory sticks featuring six speed ratings in blingy Trident Z Royal (for Intel) and high-tech Trident Z Neo (for AMD) liveries.

As for pricing, given the unique combination of performance and capacity, expect G.Skill’s advanced 32 GB unbuffered DIMMs to cost more than competing products. 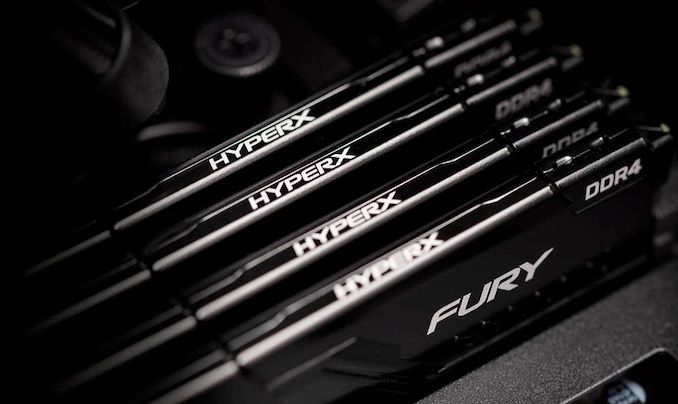 Samsung was first to start to producing 16 Gb DDR4 memory chips and was naturally the first to launch 32 GB UDIMMs. At present, the company offers DDR4-2666 CL19 and DDR4-2933 32 GB unbuffered DIMMs that come without any heat spreaders (based on the pictures of the modules from AVADirect).

Team Group has decided to take a relatively cautious approach to 32 GB unbuffered DIMMs, which is why the only speed grades offered by the company this Fall will be DDR4-2400 CL16 and DDR4-2666 CL19 at 1.2 V despite the fact that Micron's 16 Gb chips (which the company uses) can go significantly higher. Meanwhile, the manufacturer offers 32 GB modules in three designs:  the Elite 32 GB UDIMMs are not equipped with any heat spreaders and are likely aimed primarily at PC makers, whereas the Elite Plus 32 GB modules come with Gold & Black or Red & Black radiators to please the eye of the DIY crowd. 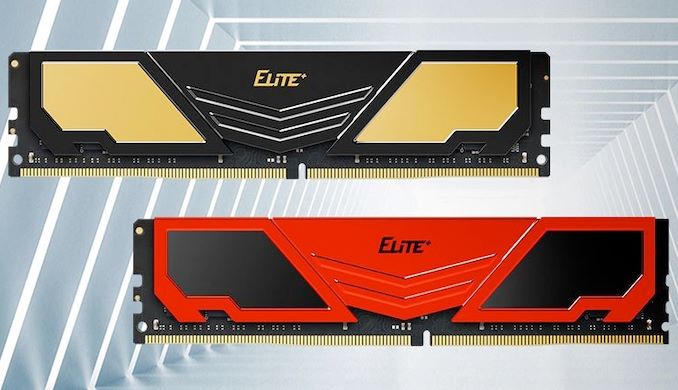 The company is working on enthusiast-class 32 GB DDR4 UDIMMs, but these will only be available sometimes in Q1 2020, so it is too early to make assumptions about their data transfer rates and other peculiarities.