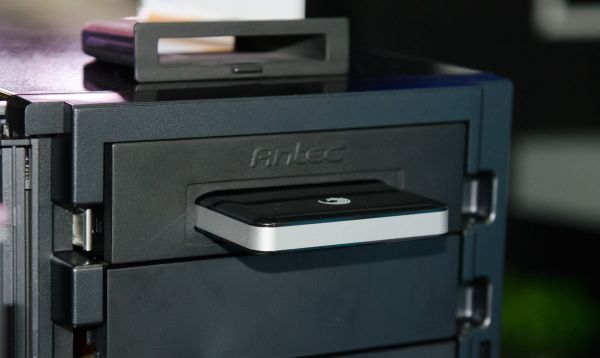 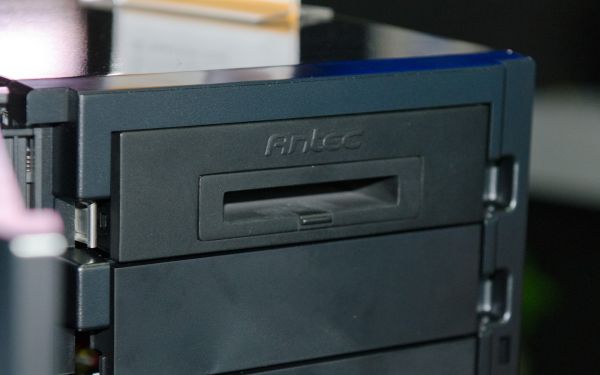 The GoFlex or standard SATA drive plug into a PCB backplane which connects to your SATA controller via a standard SATA cable. No word whether or not Antec's solution will support 6Gbps SATA at this point or how well tested it is with SSDs.

Antec expects GoFlex to debut in cases by the end of the year, perhaps on the new Solo II.