Hands-On Powerline Networking: How Well (Or Not) Are Latest-Generation Devices Working?

Call me a Luddite, but I've always found the whole idea of setting up a dedicated wired connection just to get a gadget on the network to be a superfluous hassle. At least with Wi-Fi, as both Brian Klug and Jarred Walton have exemplified in recent days, all that's normally involved is twiddling a few software settings to bring a widget online. The approach is particularly attractive for mobile devices, which by their inherent natures are incompatible with wired tethers. But, as wireless networking veterans already intimately realize, the process is rarely that simple. First off, there's interference to consider; from Bluetooth transmitters, cordless phones, microwave ovens, and neighbors' access points. Don't forget about reflection and attenuation; glass, metal and tile, chicken-wire mesh in walls, and the like. Finally, consider the fundamental physics-induced range limitations, which no amount of antenna array augmentation and DSP signal boosting can ultimately surmount. All other factors being equal, for example, you're not going to be able to successfully bridge as lengthy a span at 5 GHz as you can at 2.4 GHz.

AC-powered devices aren't portable, of course; they're permanently mated to a nearby wall socket. Here's where hooking up a network-dedicated Ethernet, coax, phone line or other connection has always annoyed me. I've already hooked up one (thick) wire, the AC power cord. Why can't I just use it for network packet-shuttling purposes, too? In fact, I can; that's the whole premise of powerline networking, although few devices (save the occasional router) currently integrate power-and-packets within them. Instead, indicative of the still-embryonic state of this particular market, you're forced to externally connect a dedicated Ethernet-to-powerline bridge adapter, which you then connect to a different AC socket. 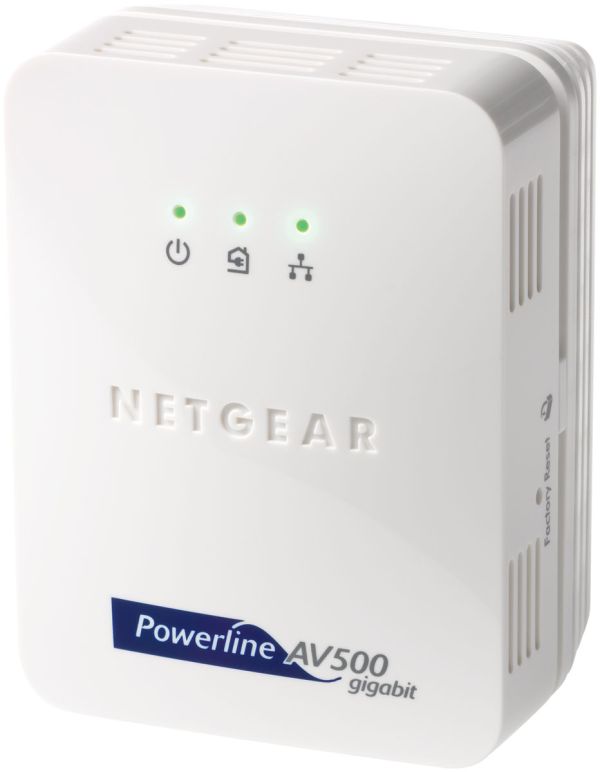 Conceptually, however, the single-connection vision remains valid. And I've noticed encouraging signs of market maturation in recent months. Now-conventional '200 Mbps' powerline adapters are now advertised on sale for around $50 for a two-pack; that's less than half the price that manufacturers and retail partners were promoting them at not so very long ago. And latest-generation '500 Mbps' adapter two-packs are selling for not much more moola; $75 or so. I've been daily using as well as periodically evaluating various powerline networking technologies since the early portion of the last decade, back in the '14 Mbps' HomePlug 1.0 days (say hi if you ever see me at a show, and I'll show you my scars ;-) ). Given recent trends, I figured it was high time for an evaluation revisit. How well do latest generation adapters fulfill their marketing promises? Is it finally time to dispense with burrowing through dirty, spider- and snake-infested crawlspaces and drilling holes in walls and floors in order to route Cat5e cable around?