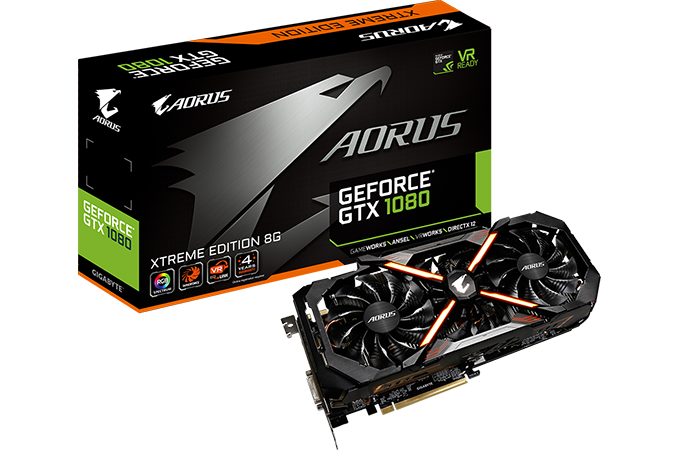 GIGABYTE this week announced its first graphics adapter that belongs to the Aorus line of products - the Aorus GeForce GTX 1080 xtreme edition 8G. The video card features a very high GPU frequency and will be among the fastest GeForce GTX 1080-based offerings from GIGABYTE and other hardware makers. The board will be the first graphics card to be sold under the Aorus brand, but soon other members of the same family will join it.

Over the past several years, GIGABYTE has introduced multiple sub-brands to address the market, from gaming on a budget to the most demanding PC enthusiasts. For graphics cards, the company used the G1 Gaming and the Xtreme Gaming sub-brands for its highest-end products. In the meantime the motherboard arm of the company (which almost acts like a different company internally anyway) was using UltraDurable, SOC Force, G1 Gaming and some other names. The fact that there was a split suggested a lack of synergy, especially when GIGABYTE's main competitors were unifying their product lines under a single gaming brand.

As a result, in order to make things simpler going forward, the company will consolidate its top-of-the-range offerings under just one brand, 'Aorus', which has been used for the company’s premiumhttp://forum.aorus.com/forum/main-forum/5170-what-does-aorus-logo-stands-for?p=5182#post5182 laptops so far and was introduced to 200-series motherboards with the launch of Kaby Lake in January. From now on, GIGABYTE’s most advanced products, including notebooks, motherboards, and graphics cards will carry the Aorus brand.

'the name AORUS stems from the Egyptian patron god Horus and was known for being a symbol of kingship in ancient Egypt. We picked Horus because we strive to be on top. We did replace the "H" with "A" to represent our philosophy of striving for grade A product and collectively as a company being the striving to better ourselves and be the "A-Team" 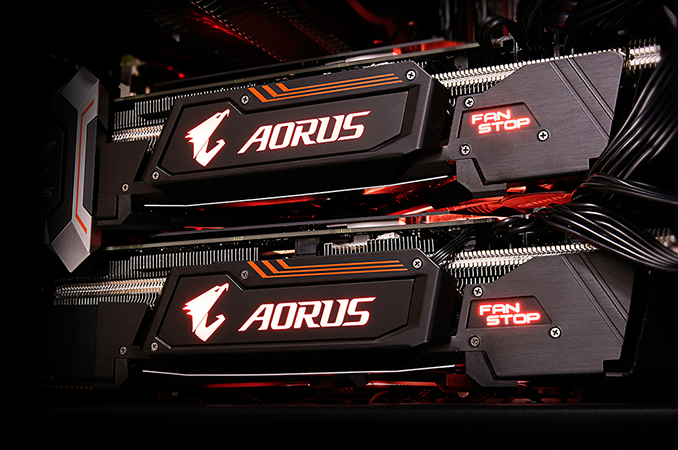 The Aorus GeForce GTX 1080 xtreme edition 8G (GV-N1080AORUS X-8GD) in many resembles GIGABYTE’s previously announced GeForce GTX 1080 Xtreme Gaming 8G (GV-N1080XTREME-8GD). The new card has a nearly similar Windforce 3X cooling system with multiple heatpipes, two fans with special fins and RGB lighting, but a slightly altered backplate. This first Aorus video card also has exactly the same GPU frequencies as the previously announce card: 1784/1936 MHz base/boost in OC mode. The new GPU also has the same display output configuration (three DP, one HDMI, one DVI as well as one 'VR Link' - a HDMI on the back of the card). Based on the images, the PCBs of the cards are not exactly the same (at least based on the parts we can see on the images below the story), but they may be very similar. In any case, from an out-of-the-box performance point of view, the two cards would appear to perform almost exactly the same depending on firmware. 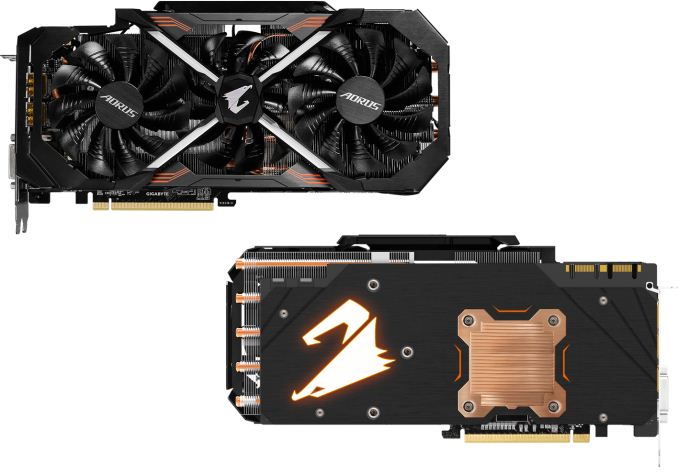 The fact that the Aorus card resembles the Xtreme Gaming board is not something completely unexpected: development of brand new products takes a long time and the company already has a flagship graphics product with an advanced cooling system and feature-set that satisfies the buyer. Going forward we would expect to see exclusive Aorus offerings, but for now the new cards will resemble existing products. Meanwhile, when it comes to motherboards, all advanced Intel 270 PCH-based offerings from GIGABYTE already carry the Aorus trademark. As soon as GPU companies come up with new processors, the Aorus family will get unique graphics cards as well.

GIGABYTE did not officially announce the recommended price of the Aorus GeForce GTX 1080 xtreme edition 8G, but since the card has similarities with other products we expect the new unit to cost about the same amount of money. Right now, Newegg offers GIGABYTE’s GeForce GTX 1080 Xtreme Gaming graphics cards for $680-$744. Both the Aorus and Xtreme Gaming graphics cards come with a four-year warranty in North America (with online registration required). 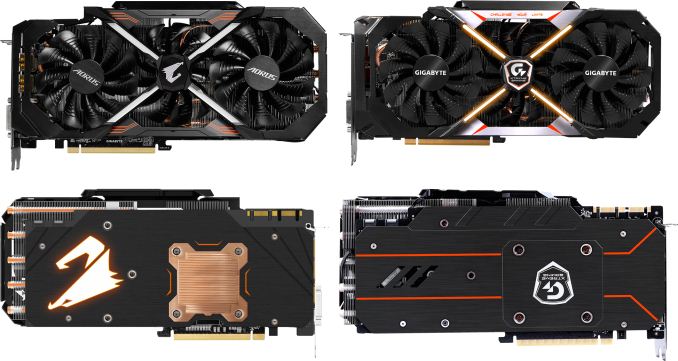