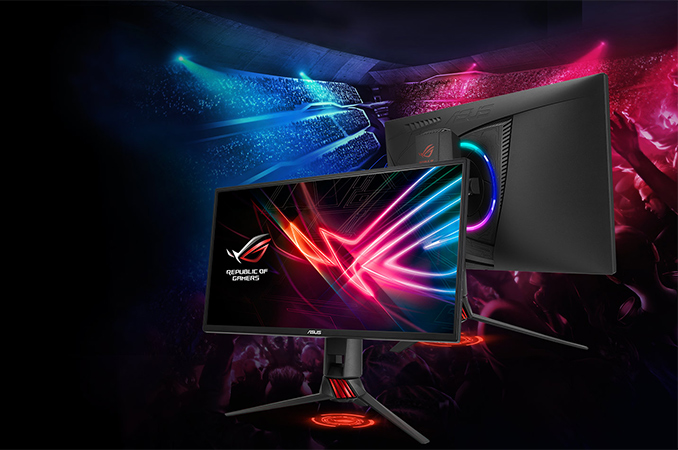 ASUS has added a new ultra-fast monitor forhardcore gamers and eSports enthusiasts to its lineup. The new ROG Strix XG258Q resembles its close relative — the ROG Swift PG258Q — when it comes to key characteristics such as FHD resolution and 240 Hz refresh rate. However whereas the PG258Q is a G-Sync monitor, the new XG258Q uses AMD’s FreeSync instead. Along with the variable refresh features, the new monitor also features ELMB (extreme low motion blur) tech as well as ASUS’ Aura RGB lighting effects on the back.

The ASUS ROG Strix XG258Q is based on a 24.5” TN panel from AU Optronics with a FHD 1920×1080 resolution and a 16:9 aspect ratio. Since the display is aimed primarily at professional gamers, its main features are 1 ms GtG response time as well as a 240 Hz refresh rate. To make gameplay smoother, the XG258Q supports AMD’s FreeSync dynamic refresh technology that can work in the range between 48 and 240 Hz over either a DP 1.2 or HDMI 2.0 connection. Furthermore, ASUS equipped the monitor with its Extreme Low Motion Blur (ELMB) technology that promises to make fast-paced actions look sharper. ASUS first presented their ELMB/ULMB implementation several months ago, but still has not described how their variant of the tech works, and if it differs at all from typical ULMB backlight strobing. 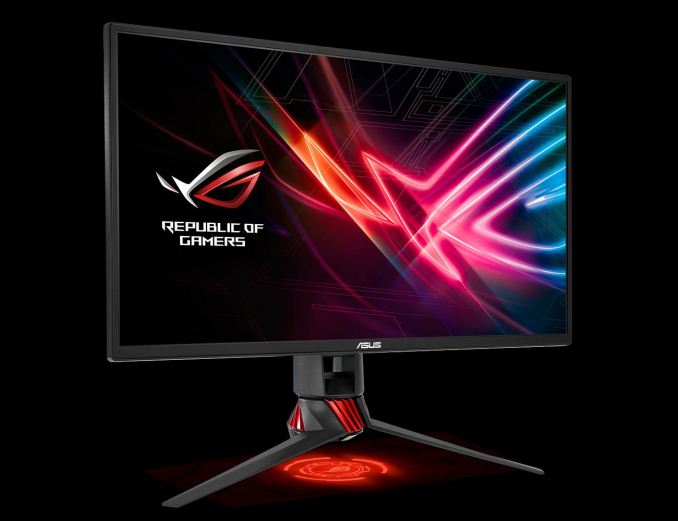 The ither specifications of the ROG Strix XG258Q are typical for a fast modern TN-based monitor. The unit can display 16.7 million (6-bit + FRC) colors, has a typical contrast ratio for mainstream screens (1000:1), features 170°/160° viewing angles as well as offers a 400 cd/m2 brightness, which is bit higher compared to average monitors. As for connectivity, the new monitor can use HDMI 1.4 (but only for refresh rates up to 140 Hz), HDMI 2.0, or DisplayPort 1.2. As for ergonomics, the ROG Strix XG258Q can adjust height, tilt, swivel or can be attached to a VESA wall mounting. 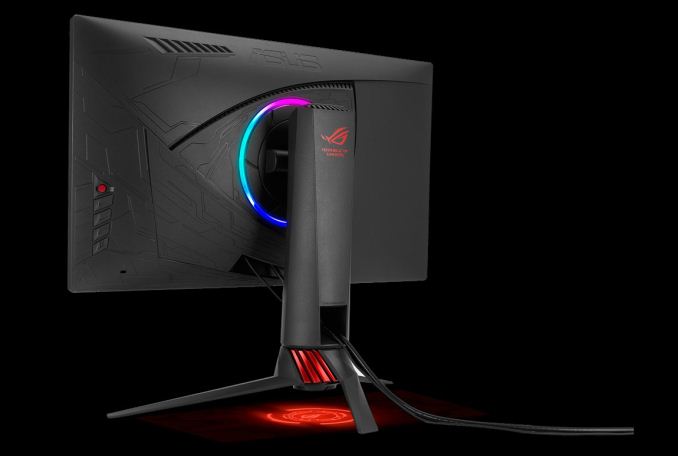 Since we are dealing with an ROG monitor here, it is not surprising that the unit comes with a host of ASUS proprietary enhancements for gaming displays, including GamePlus OSD features, GameVisual modes that adjust for particular game genres and so on. In addition, to make the monitor look like all the latest gaming devices from ASUS and stand out from the other gaming LCDs, the XG258Q has the company’s customizable ROG signature projection on the bottom as well as the Aura RGB LEDs on the back.

The ASUS ROG Strix XG258Q is already available for $449, which is over $50 cheaper than the current market price of the ROG Swift PG258Q featuring NVIDIA’s G-Sync.