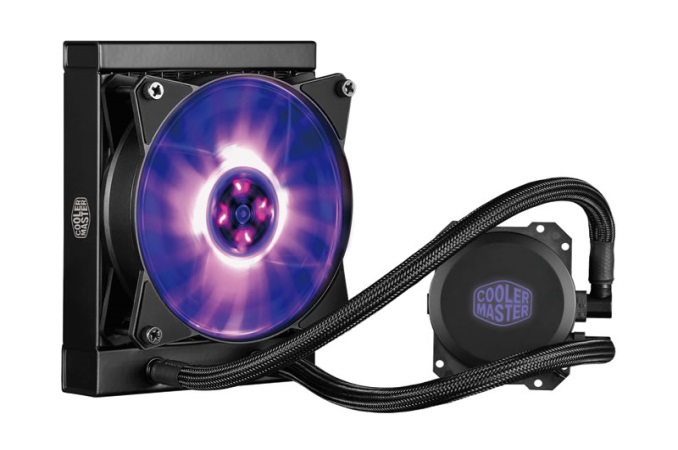 Cooler Master has introduced its MasterLiquid Lite RGB series of closed loop coolers. The MLL series of radiators are being touted by CM as reliable, well performing, and have quiet under load. The company is using a dual dissipation pump, which isolates the warm air inside the CPU block, as well as 120mm Masterfan Pro Air Balance RGB or Air Balance (non)RGB fans to push air through the radiator and keep the CPU cool.

There are four options to choose from in the MasterLiquid Lite series of coolers. First are the non-RGB LED models found in 120mm and 240mm radiator sizes. They are outfitted with either a single Master Fan Pro Air Balance fan for the 120mm or two in the case of the MasterLiquid Lite 240. The MasterLiquid ML120L RGB and ML240L RGB use the Masterfan Pro Air Balance RGB fans for the lighting as well having RGB LEDs on the top of the pump lighting up the Cooler Master name. The tubing connecting the radiator to the CPU block and pump is double layered and made of FEP on the inside and has a braided sleeve on the outside for aesthetics. 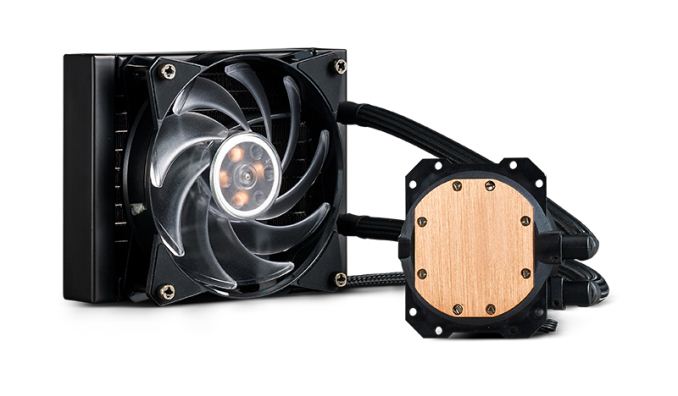 Both of the RGB units include a wired RGB controller and RGB splitter in order to synchronize its RGB with your motherboard supporting board partner’s software. This includes ASUS AURA Sync, GIGABYTE’s RGB Fusion, MSI’ Mystic Light Sync, and ASRock's RGB LED applications (see compatibility list HERE). The wired controller is able to cycle through six preset modes, adjust the color, and brightness. The CLCs will fit Intel LGA2066/2011-v3/2011/1151/1150/1155/1156/1366/775 sockets while AMD compatibility is listed as AM4/AM3+/AM3/AM2+/AM2/FM2+/FM2/FM1 sockets.

The radiators are made of aluminum and are painted matte black. Cooler Master says it is a low resistance radiator yielding a higher flow rate and better heat exchange efficiency. We are not able to confirm the fin density through published specifications. The Air Balance fans range from 650-2000RPM, are PWM controlled, and rated to deliver 66.7 CFM and 2.34 mmH2O (max). Noise levels are said to range from 6-30 dba. The Dual Dissipation pump, which isolates heated coolant from the cooled coolant, is rated to less than 15 dba for noise and is controlled via a 3-Pin connector. 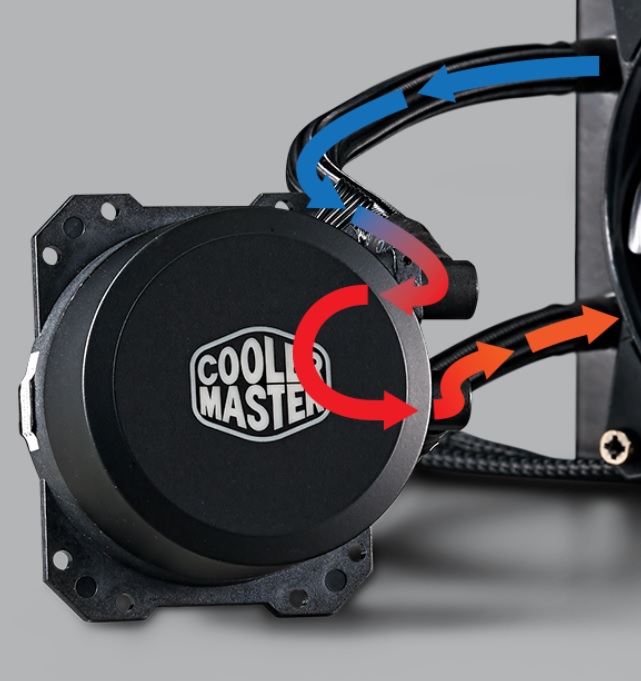 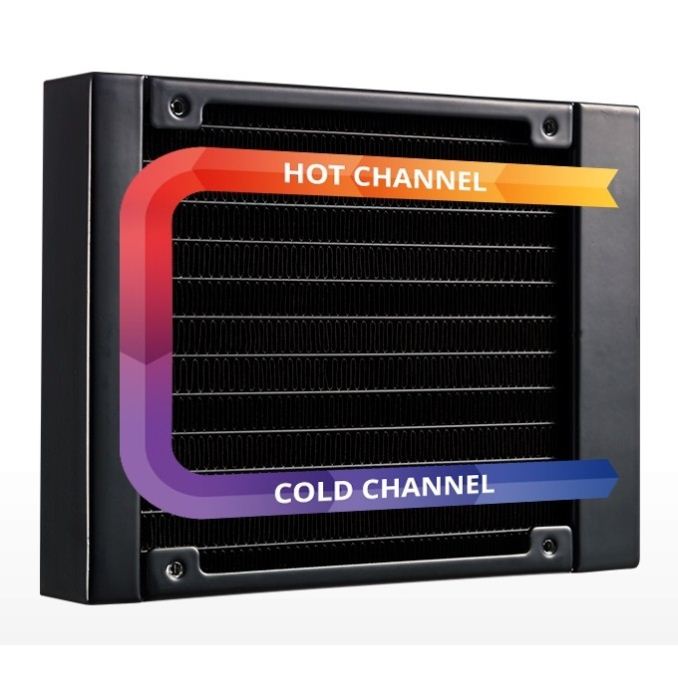 The non-RGB models can currently be found on Amazon while Newegg carried both the RGB and non-RGB models. With all units priced under $70, they are some of the less expensive AIOs on the market, especially those using RGB LEDs.