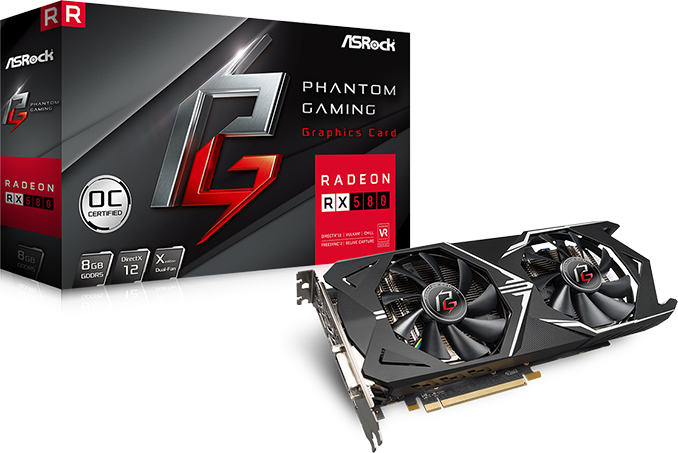 ASRock has officially introduced its first graphics cards. The Phantom Gaming family will initially include four GPU models based on the Radeon RX 500-series GPUs and are aimed at the mainstream market segment. The lineup of four boards will allow ASRock to understand its potential on the market, but will hardly pose a strong competition to other players.

All of the Phantom Gaming graphics cards rely on PCBs and cooling systems developed by ASRock. The higher end Radeon RX 570/580 boards use large coolers featuring two fans as well as an aluminum radiator with a copper base and three heat pipes. The entry-level Radeon RX 550/560 adapters are compatible with Mini-ITX systems and feature basic aluminum radiators with one fan. The manufacturer says that it uses premium thermal grease as well as double ball bearing fans to maximize lifespan and efficiency of its cooling systems. To maximize compatibility, all the cards carry DVI-D, DisplayPort and HDMI outputs in order to connect to all kinds of displays.

So far ASRock has not disclosed any plans to use AMD’s flagship Vega graphics processors, but since it is only entering the market of video cards for the first time, the company is clearly a bit cautious. 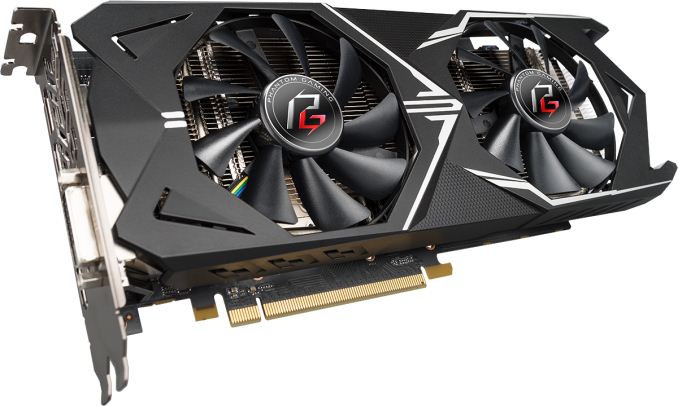 ASRock has not announced MSRPs for its Phantom Gaming video cards, but considering the fact that street prices of GPUs are high these days, it is hardly something surprising. Expect the newcomer to sell its products at prices that are competitive against established players. 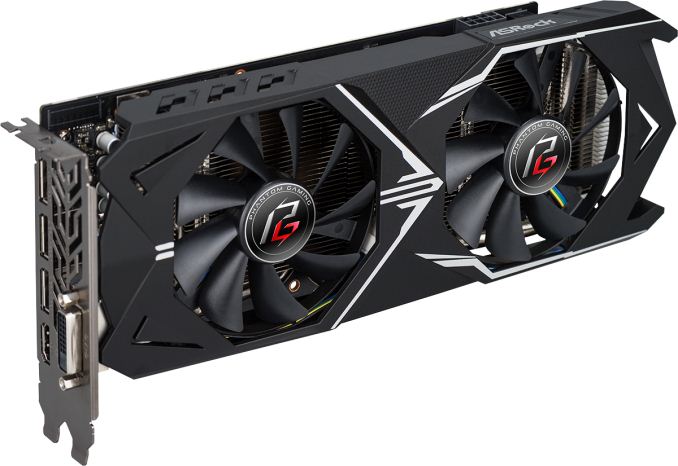