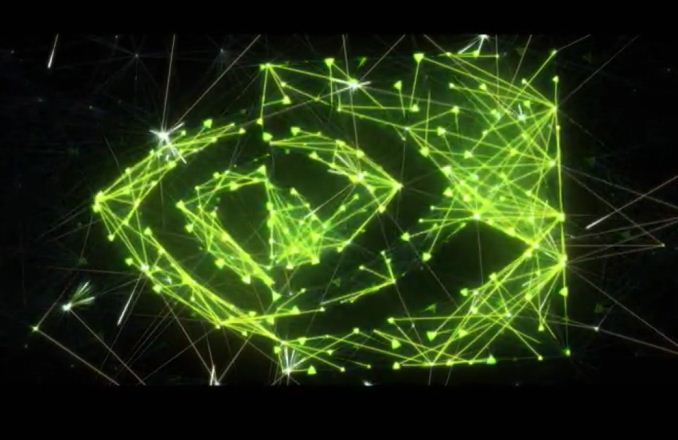 07:00PM EDT - Kicking off momentarily will be NVIDIA's 2018 SIGGRPAH keynote

07:00PM EDT - This is a bit of an unusual event for NVIDIA, as while they present at SIGGRAPH every year, it's normally a lower-key affair

07:01PM EDT - Instead, this year the man himself, NVIDIA CEO Jensen "the more you buy, the more you save" Huang is giving a full keynote address at the show

07:03PM EDT - This keynote is scheduled to last for roughly 2 hours, which means we're expecting a fairly prolific presentation

07:04PM EDT - Meanwhile if you'd like to watch the keynote yourself, NVIDIA is streaming it over on their Ustream channel: http://www.ustream.tv/nvidia

07:04PM EDT - Which is also how we're covering this, as AnandTech is not present at SIGGRAPH this year

07:04PM EDT - And of course, the stream, already struggling, has just died

07:08PM EDT - This is basically a historical recap video, showing major graphics moments since the beginning of computer graphics

07:10PM EDT - This is the 30th anniversary of Pixar's Renderman software

07:13PM EDT - Jensen is talking about the various Pixar rendering innovations over the years

07:15PM EDT - Artists will use as much computing resources as they are provided. The real limitation is how long they're willing to wait 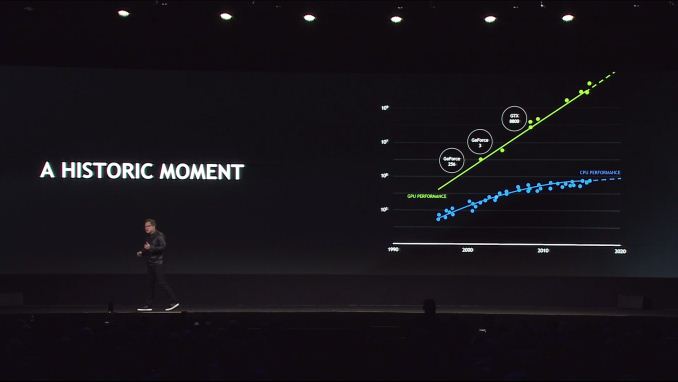 07:17PM EDT - Jensen is on another one of his Moore's Law spiels

07:18PM EDT - GPU performance has been growing faster than Moore's Law. And Jensen wants to keep it that way

07:21PM EDT - Recounting all of the various graphical hacks used over the eras to reduce graphics rendering to something that contemporary processors can handle

07:21PM EDT - This leading into Jensen's other spiel as of late, ray tracing and how it's the holy grail of computer graphics 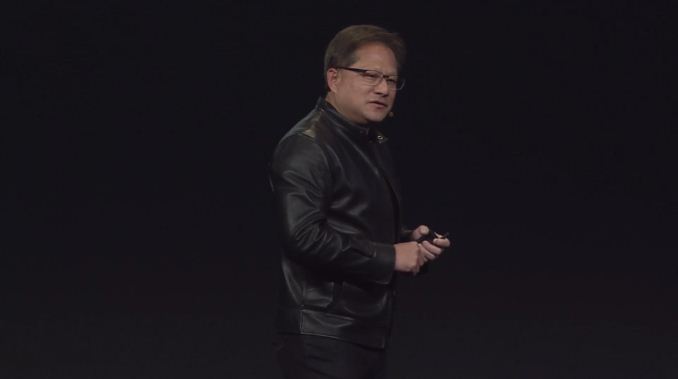 07:28PM EDT - Jensen is harassing the cameraman with the reflections off of the card

07:31PM EDT - (Jensen is still messing with the cameraman. He seems to be genuinely enjoying it)

07:36PM EDT - Jensen is now talking a bit more about the RT core

07:37PM EDT - Also talking about the various precision modes, from FP32 down to INT4

07:40PM EDT - Now diving into hybrid rendering, and the value of the tensor core

07:40PM EDT - NVIDIA will also be open sourcing their Material Description Language (MDL), which they've been releasing for the past couple of years

07:46PM EDT - Given the extreme die size, I'm going to be a bit surprised if we see this specific Turing GPU in consumer products

07:46PM EDT - Though anything is possible 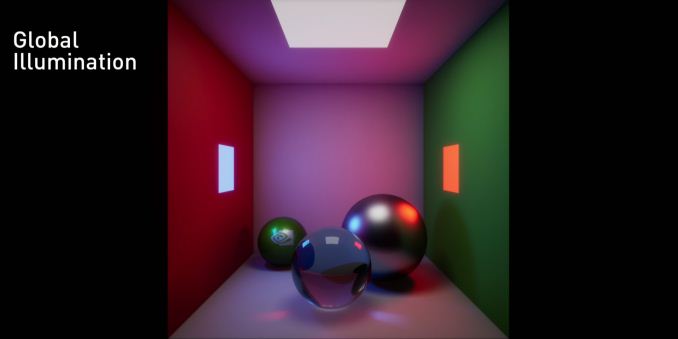 07:50PM EDT - Compute is being used here to denoise the ray tracing output

07:52PM EDT - Now running another video clip. Everything here is being done in real time 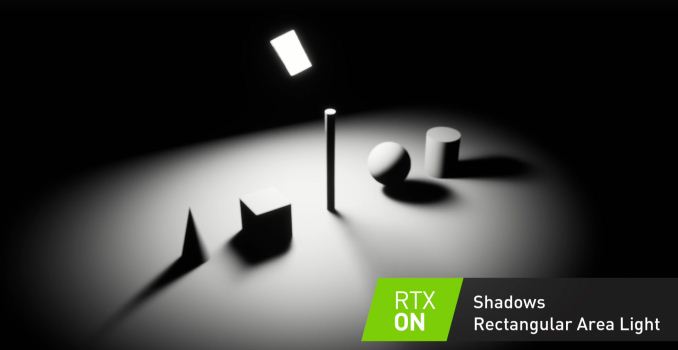 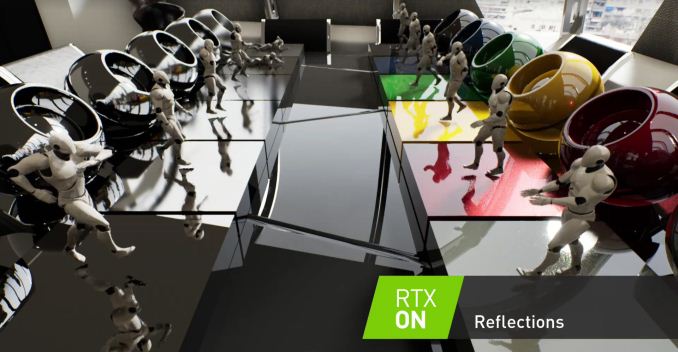 07:55PM EDT - NVIDIA wants a bigger piece of the pie in the visual effects industry

07:58PM EDT - "Large render farms". Now imagine if they were full of Quadros instead of Xeons...

07:58PM EDT - Rolling another video, this time from Porsche 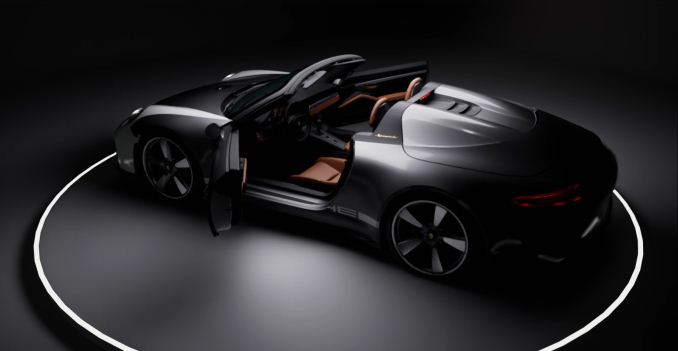 08:02PM EDT - (This is a surprisingly laid-back presentation for a Jensen Huang keynote. He's largely content gawking at graphics)

08:07PM EDT - Using AI to get away with lower resolution rendering and then essentially upsample/anti-alias to get more quality

08:09PM EDT - As a result, the combination of ray tracing, faster shading, and DLAA, NVIDIA gets the 6x speed improvement

08:15PM EDT - Now demonstratign film-quality rendering. It's moving at a couple of frames per second, which is incredibly fast for a single machine

08:20PM EDT - NVIDIA has been working hard behind the scenes to get software and tool developers to adopt RTX, and it looks like they've had a fair bit of success

08:24PM EDT - Turing and RTX. The most important NVIDIA GPU since G80/Tesla

08:26PM EDT - (I'm getting the distinct impression that something was cut from this keynote at the last moment)

08:26PM EDT - Jensen is now thanking everyone, including the audience 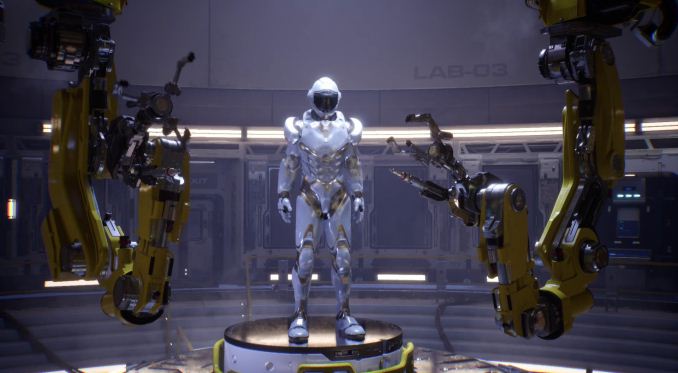 08:29PM EDT - And that's a wrap. Be sure to check out our complete Turing article