At the end of the presentation today for the Honor Play, George Zhao, CEO of Honor, showcased the upcoming Honor Magic 2. Following on from the original Honor Magic, Mr. Zhao stated that the brand name ‘Magic’ holds a special no-compromise element within the company, and after the Magic was the first smartphone with AI, the new Magic 2 will also introduce a number of firsts. 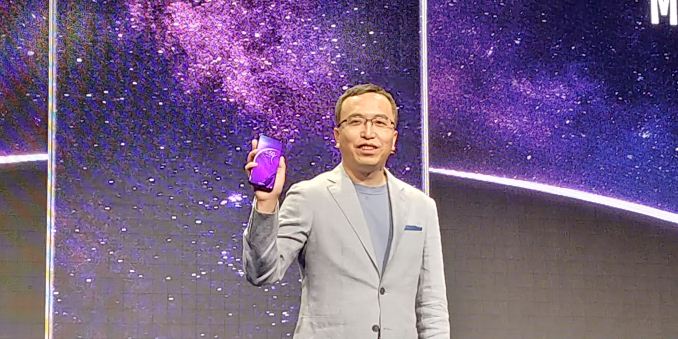 No details about the smartphone were given, except that it will be using the unannounced Kirin 980, which is set to be a big part of Huawei’s Keynote presentation at IFA. Aside from the SoC, the big thing with the Magic 2 will be the totally FullView display – with the camera and speaker on a sliding up panel, the full front of the phone is the display. 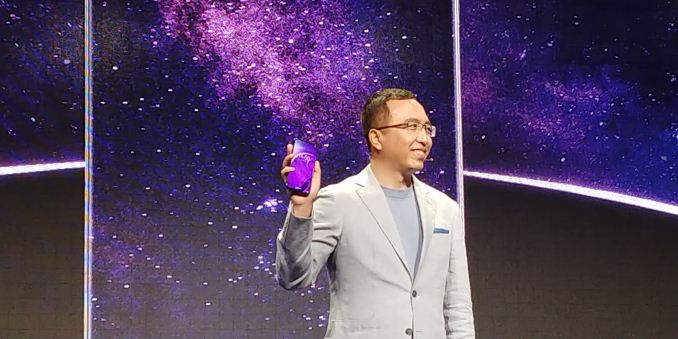 The sliding mechanism for the cameras and speaker looks similar to that from Vivo Nex launched earlier this year, but differs because the sliding mechanism on the Magic 2 looks like a manual process, whereas other versions of the slide seem to use a motor. We were also told that the smartphone will feature a second generation of its 40W charging mode which debuted with the Magic. 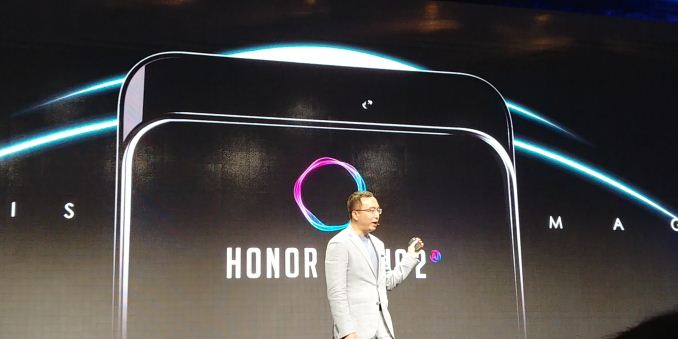 On other details, we were told that we have to wait for a future launch date for the Magic 2.