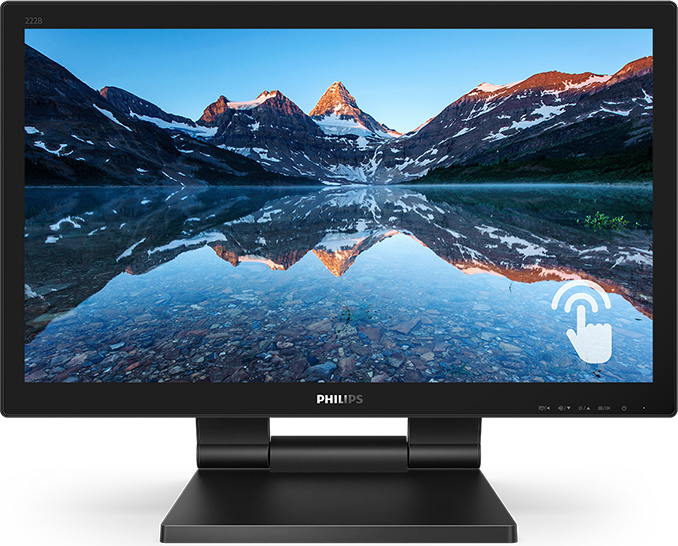 Taking a departure from the usual look-don't-touch world of PC monitors, Philips has rolled out a new, semi-rugged commerical monitor designed specifically for heavy touchscreen use. The Philips 222B9T is a 21.5-inch monitor with a 10-point capacitive touch system that's designed for use in commercial markets such as retail, point of sale, point of information, shops, restaurants, and education, incorporating several changes to ruggedize and otherwise reinforce the monitor and help it survive the harsh environment of human hands.

Under the hood, The 222B9T relies on a 21.5-inch TN panel featuring a 1920×1080 resolution, 250 nits brightness, a 1000:1 contrast ratio, a 60 Hz refresh rate, and 170°/160° viewing angles. The display features a 3H anti-glare coating as well as a W-LED backlighting. To make things look prettier, Philips has added a set of its technologies that adjust image quality, including such things as SmartContrast, EasyRead, Flicker-Free, and so on. 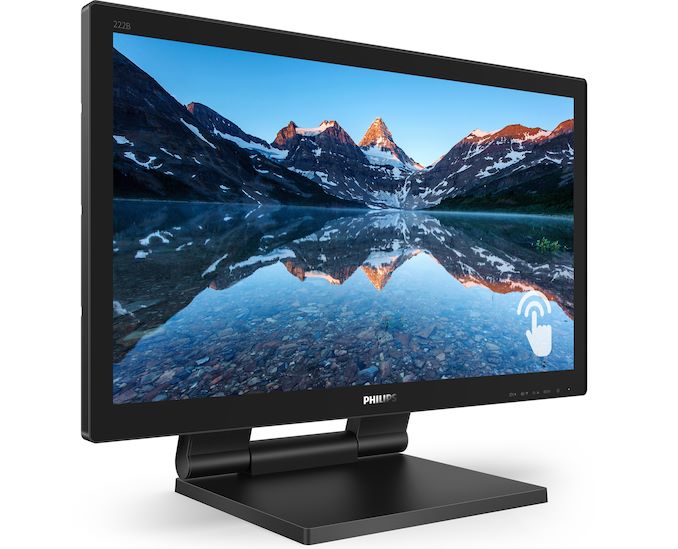 But the real story on the 222B9T isn't its admittedly low-end panel, bur rather everything else Phillips has added to it. Key to being a touch screen monitor, of course, is Phillips' projected capacitive (PCAP) 10-point multitouch technology, which gives the monitor its touch capabilities.The 222B9T then protects the capacitive layer by placing it under a thick pane of glass, which is essential for public use so that it can stand up to the rigors and abuses of public use. Philips has also insulated the monitor against water and dust, with the monitor offering IP54-class protection, which means that it's splash-resistant and dust-resistant as well. 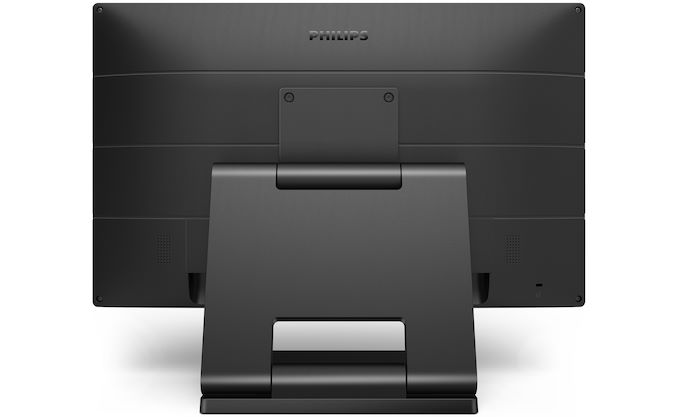 Meanwhile the 222B9T monitor comes with a stand that can adjust its height and tilt so that to enable different usage scenarios. In terms of inputs, the monitor comes with DisplayPort, HDMI, DVI, and even D-Sub connections. Finally, the display has two 3W speakers (along with an audio input and a headphone output) and a dual-port USB 3.0 hub.

The monitor is available in Europe at a price of £239/€275, so expect it in other regions in the near future.