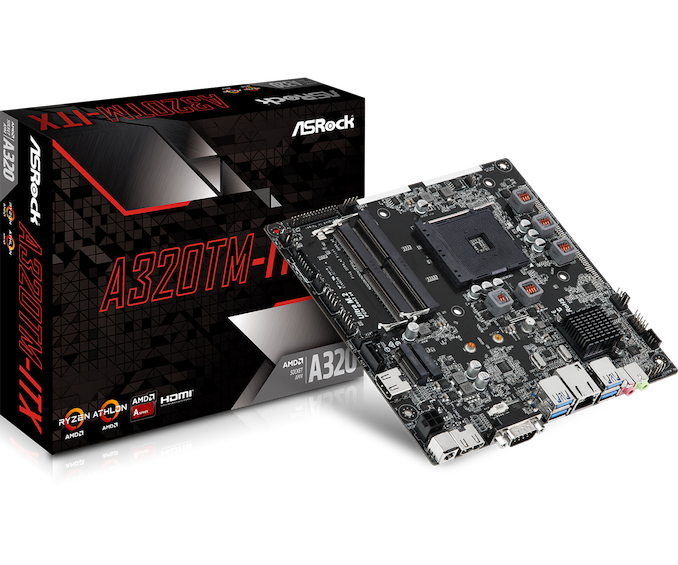 ASRock has introduced its new Thin Mini-ITX platform designed specifically for AMD APUs, the A320TM-ITX. After ASRock officially announced its Intel-based Mini-STX platform back at CES 2019, the AMD offeringallows users to use AMD's Zen and A-series based APUs up to a TDP of 65W into a Thin Mini-ITX chassis. Other notable features include dual HDMI 1.4 outputs and a Realtek RTL8111 1 GbE networking chip. 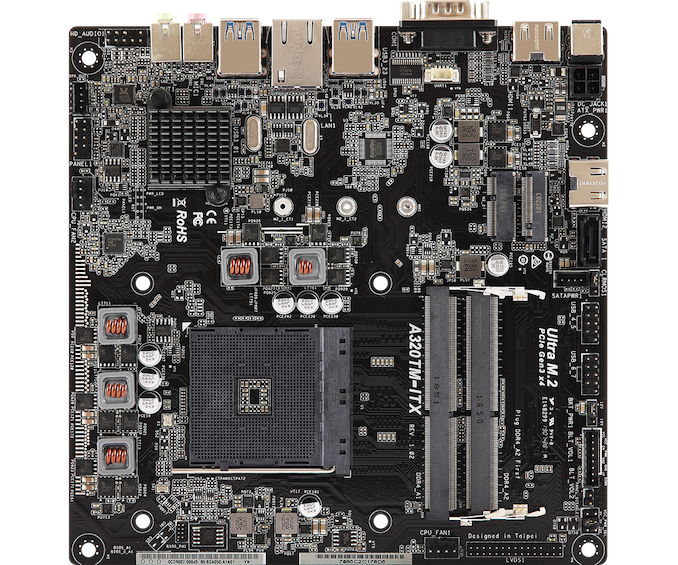 The ASRock A320TM-ITX motherboard is based on the Thin Mini-ITX form factor which has a small 170 x 170 mm footprint. While the smaller Thin-ITX form factor is usually still compatible with a regular Mini-ITX chassis, users can make use of smaller cases such as the Silverstone PT13B Petit and the AKASA Cypher which comes included with a 120 W power supply. Some of the notable features of the A320TM-ITX includes support for up to 32 GB of DDR4-2933 SO-DIMMs; the two RAM slots themselves feature angled SO-DIMM slots which allows for a lower height. While there is limited space available for componentry, ASRock has included two front panel USB 2.0 headers which offer an additional four ports. 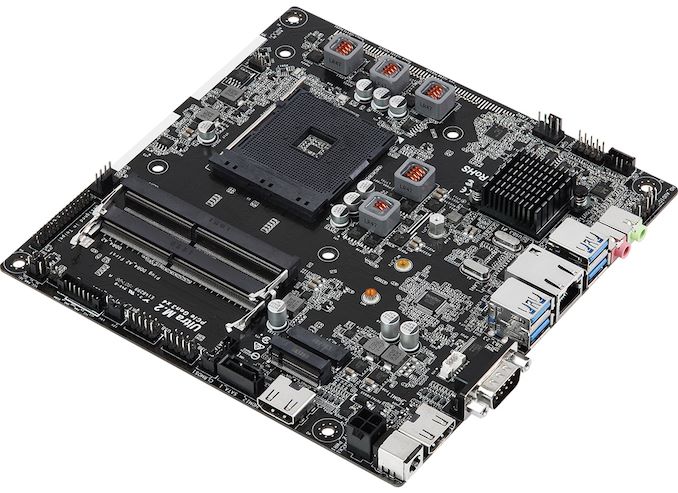 While conventional motherboards use a 20/24-pin ATX motherboard power input, the A320TM-ITX uses a 4-pin 19 V power connector which is designed to save space. The power delivery is advertised to feature a 5-phase configuration and neither the CPU VCore or SoC element is covered or cooled by heatsinks.  Other connectors include two 4-pin CPU fan headers, a header for front panel audio and one LVDS connector for LCD controllers which also is complemented by two jumpers; one for backlight power and one for panel disablement. The storage capability is comprised of a single SATA connector and a single M.2 2260/2280 slot which does support the use of an NVMe SSD as a boot disk.

The rear panel on the ASRock A320TM-ITX is shortened to reduce the overall height of the system. Featured are four USB 3.1 G1 Type-A ports, a D-sub for the LVDS, a single HDMI 1.4 out, with a second HDMI 1.4 output located on the top edge of the PCB. Rounding off the rear panel is a single RJ45 LAN port powered by a Realtek RTL8111 Gigabit network controller and two 3.5 mm audio jacks which are powered by a jow-jack Realtek ALC233 audio codec.

Both the pricing and availability are currently unknown for the ASRock A320TM-ITX motherboard, but we expect ASRock to unveil more details in the near future, especially with Computex around the corner.