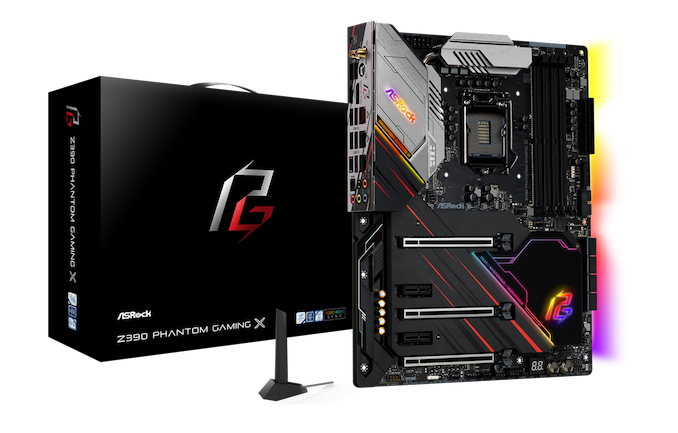 As the Z390 chipset enters its final phase before Intel is expected to update to a newer variant later on this year, ASRock's Phantom Gaming series of motherboards enters a critical phase of cementing its identity. Last week, we reported on the launch of the new budget entry to the range, the ASRock Z390 Phantom Gaming 4S, and these newest boards mark a different model from the series in each of the Z390 motherboard segments; high-end, mid-range and now entry. 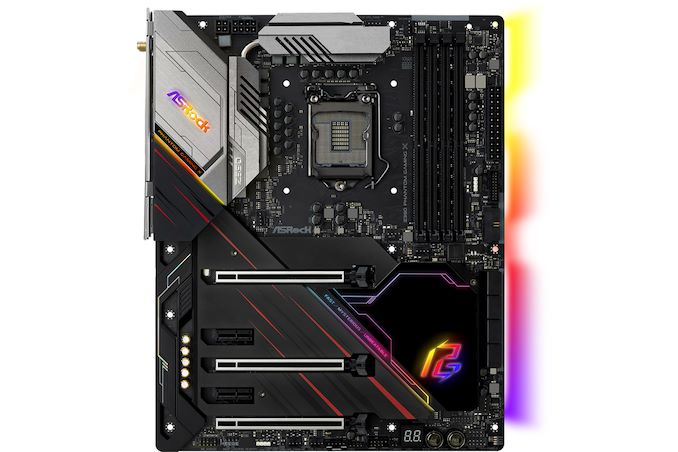 Starting with ASRock's new gaming themed flagship motherboard, the Z390 Phantom Gaming X, the focus is on networking capabilities, starting with an Intel Wi-Fi 6 CNVi module, which also offers Bluetooth V5 connectivity. Also included is Realtek's RTL8125AG 2.5 GbE LAN controller, along with a complementing pair of 1 GbE ports on the rear panel. Covering the majority of the boards all-black PCB is an RGB-enabled cover which dominates the board's aesthetics. Next to this is a newly styled Phantom Gaming logo-clad chipset heatsink which I find to be very reminiscent of something you'd expect from the Tron franchise.

The Z390 Phantom Gaming X also supports up to 128 GB of DDR4-4266 memory across four slots, and has plenty of storage capability including eight SATA ports and three M.2 slots, each with its own dedicated heatsink. Another important feature is its USB 3.2 Gen2 capabilities with a front panel Type-C connector, one Type-C port on the rear and three Type-A ports. Users have the option to run up to three AMD and two NVIDIA graphics cards in either SLI or CrossFire X due to three full-length PCIe 3.0 slots, which operate x16, x8/x8 and x8/x4/x4. Also present are two PCIe 3.0 x1 slots. 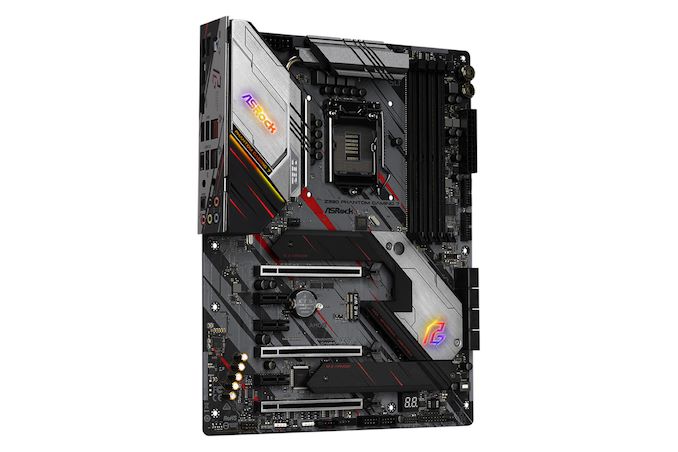 ASRock's Z390 Phantom Gaming 7 takes a different direction and looks to bridge the gap between the existing Z390 Phantom Gaming 6 and the Z390 Phantom Gaming 9. The major differences and refinements come through a new aesthetic with improved RGB LED lighting throughout. In addition to this is an integrated rear panel I/O shield, a Realtek RTL8125AG 2.5 GbE-powered Ethernet port on the rear panel, as well as a single Intel 1 GbE LAN port.

Also advertised are a 10-phase power delivery, three full-length PCIe 3.0 slots operating at x16, x8/x8, and x8/x4/x4, with support for two-way NVIDIA SLI and three-way AMD CrossFire X, and three PCIe 3.0 x1 slots. We are awaiting our sample to arrive for a full and detail analysis on the ASRock Z390 Phantom Gaming 7 model, so keep your eyes peeled in the near future for the full review.