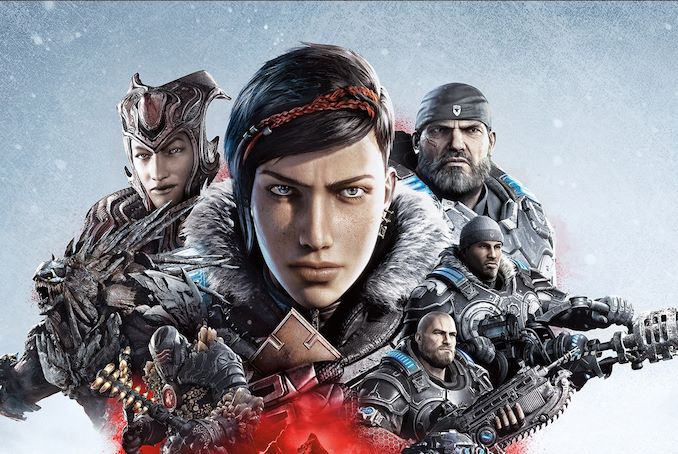 Last month back at the Radeon RX 5700 series reveal, AMD announced that they would be launching a new kind of game bundle with the new video cards. Rather than going with the traditional game bundle, the company would instead be bundling a 3 month subscription to Microsoft’s new all-you-can-eat game subscription service, Xbox Game Pass for PC. Meanwhile, as it turns out, AMD’s bundle offer is more comprehensive than they first let on: this week the company announced the bundle also covers most of AMD’s current-generation products as well, with that program kicking off right now.

Over the years AMD has offered a number of game bundles, especially on the video card side of matters. However, a game bundle covering such a wide swath of both their CPUs and GPUs is a bit more unique. In this case the company is looking to hit the ground running on their Ryzen 3000 and Radeon RX 5700 series launches, while also including their current-generation products to entice buyers there as well. All told, along with the new parts, the bundle covers the Radeon RX 560 and higher on the video card side, and the Ryzen 5 2400G and better on the CPU side of matters.

Up until now, at least, bundling a game subscription service is unorthodox for this industry; vendors have typically bundled specific games with their products, often as part of large cross-promotional and bulk purchase deals. Resale shenanigans aside, the drawback for hardware vendors has been the need to select games well in advance, and hope they’ve selected good and popular games that will entice their customers. A game subscription service, on the other hand, sidesteps those issues by offering a large selection of games for customers across a number of genres, which in the case of Microsoft’s service includes Metro Exodus and Microsoft-published games like Forza Horizon 4 and Gears 5.

The flip side is that outside of a few headliner titles, these sorts of services tend to be comprised of older games, and Microsoft’s service is no exception to that rule. So while the library is relatively extensive, few of the games available are highly-popular AAA titles (as publishers would want to sell full-priced copies of those anyhow). The very nature of a subscription service also means that while hardware buyers come out of the deal with free service time, they don’t end up owning (and getting to keep) any games. In this respect a free subscription offer falls closer to a free trial, especially with AMD’s bundle since it’s only for 3 months and the vouchers can’t be stacked (so you can’t buy a Ryzen CPU + Radeon GPU and get 6 months, for example).

At any rate, AMD’s Xbox Game Pass bundle has kicked off this week for AMD’s current-generation products, and will go into effect on Sunday for their next-generation products when those launch. Most retailers are participating in the program, but you’ll want to check AMD’s website for a complete list, along with information on how to redeem the vouchers. The program is set to end on March 10th of 2020, or when AMD runs out of vouchers.