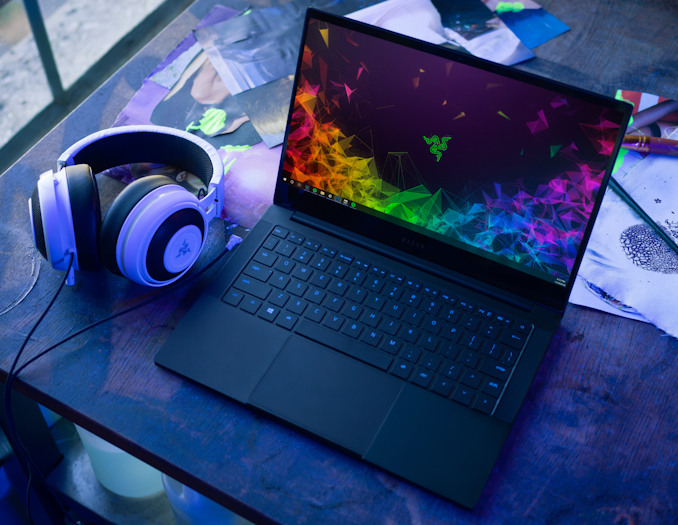 Razer on Wednesday has unveiled its new Blade Stealth laptops that are based on Intel’s 10th Generation Core processors codenamed Ice Lake paired with NVIDIA’s GeForce GTX discrete graphics. The new machines are slightly less compact than their predecessors, yet they offer considerably higher performance in games. In addition, the company introduced its Mercury White laptop that does not have a dGPU, but offers a longer battery life.

UPDATE 9/6: Intel notified us that Razer's new Blade Stealth has not been certified by Intel for Project Athena compliancy.

Usage of Intel's codenamed Ice Lake processor and other advanced components enable the new Razer Blade Stealth to comply with Intel's requirements for Project Athena laptops. However, at press time the new laptop is yet to receive approval from Intel.

All of Razer’s latest Blade Stealth notebooks come with a 13.3-inch displays featuring a 1920×1080 or 3840×2160 resolution depending on the SKU. Meanwhile, the 4K Ultra-HD panel covers 100% of the sRGB and AdobeRGB color gamut and come factory-calibrated, so the UHD models are positioned for professionals needing a decent monitor rather than for mobile gamers.

Meanwhile, in a bid to integrate NVIDIA’s GeForce GTX 1650 GPU into a 13.3-inch chassis, Razer had to increase its thickness by 0.5 mm as well as to install a new advanced cooling system that adds 100 grams to its weight (vs. previous generation). Traditionally, Blade Stealth machines use a CNC-milled aluminum chassis with a black anodized finish.

In addition, the new Blade Stealth is available without a dGPU, and comes in a Mercury White chassis. 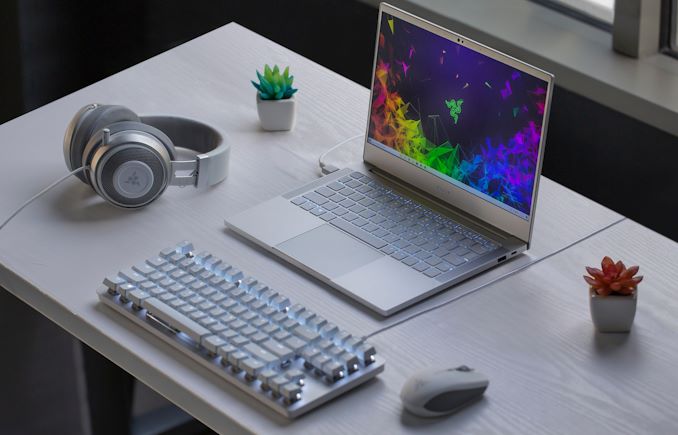 When it comes to wireless connectivity, the 2019 Razer Blade Stealth comes with Intel’s Wireless-AX201 Wi-Fi + Bluetooth 5.0 solution that supports Gbps speeds over 160 MHz channels. The wired I/O department includes a Thunderbolt 3 port, two USB 3.0 Type-A ports, and one USB 3.1 Gen 2 Type-C port. As for other features, the laptop has an RGB-backlit Razer Chroma keyboard, a sizeable trackpad, a 720p webcam with IR sensors for Windows Hello, four stereo speakers with Dolby Atmos support, and a 3.5-mm audio connector.

Razer’s 2019 Blade Stealth laptops will be available at the end of September 2019 from Razer.com and select retailers in the United States and Canada starting at $1,499.99/ €1,679.99. Later on, the new notebooks will come to the UK, France, Germany, Nordics, China, Australia, Hong Kong, Japan, Singapore, and Taiwan