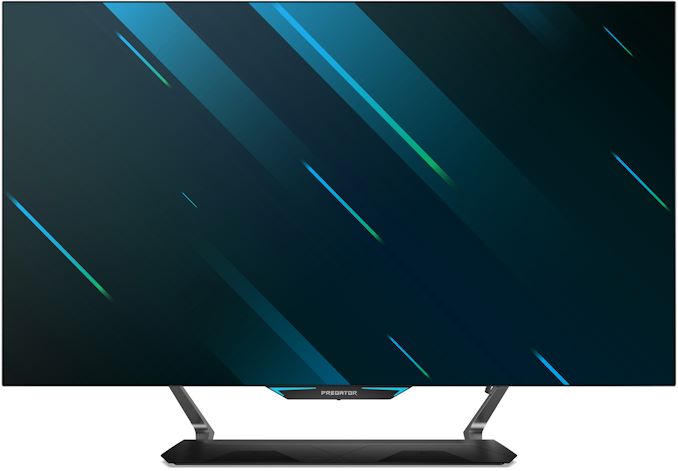 As the culmination of its CES 2020 gaming announcements, Acer has introduced its first big-format OLED display aimed at gamers. The Predator CG552K brings to the table everything that the OLED technology generally has to offer, and adds a 120 Hz maximum refresh rate along with variable refresh rate technologies supported by modern GPUs from AMD and NVIDIA.

Acer’s 55-inch Predator CG552K features a 3840x2160 resolution, 400 nits maximum brightness, and can display 98.5% of the DCI-P3 color gamut all with a calibration accuracy of Delta E<1. Since Acer uses an advanced OLED panel, they are able to offer not only a very high contrast ratio, but also extremely deep blacks, a 0.5 ms response time, as well as a 120 Hz refresh rate, one of the most important features for demanding PC gamers.

To take advantage of the high refresh rate, the Predator CG552K supports three (ish) variable refresh rate technologies, including HDMI 2.1 VRR (currently supported by Xbox One), VESA’s Adaptive-Sync (which means that the display will probably get AMD’s FreeSync certification), and NVIDIA G-Sync compatibility (which is likely piggybacking on HDMI-VRR). 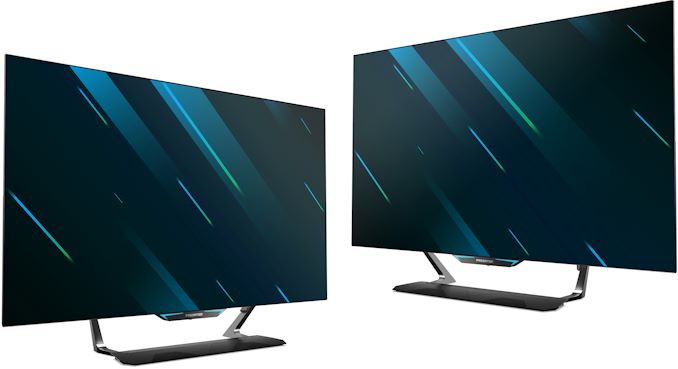 Unfortunately, Acer says nothing about HDR10 or DolbyVision support for the Predator CG552K, so it appears that the display does not support any kind of HDRt, a clear disadvantage when compared to popular OLED TVs such as LG's G-Sync-compatible 2019 OLED UHDTVs.

In a bid to prevent burn-ins and prolong lifespan of the OLED monitor, Acer equipped it with sensors that automatically adjust brightness according to room’s light level and turn it off when nobody is around. Connectivity wise, the Acer Predator CG552K has two DisplayPort 1.4 connectors, three HDMI 2.0 ports, a USB Type-C input, and a couple of USB 2.0/3.0 ports. In addition, the display has two 10 W speakers.

Acer’s Predator CG552K will be available in the third quarter. In North America, the product will cost $2,999, whereas in Europe it will carry a €2,699 price tag. It is noteworthy that the price of the device is a $1,000 lower when compared to the Alienware 55, the industry’s first OLED display for gamers that has very similar characteristics as the Predator CG552K.