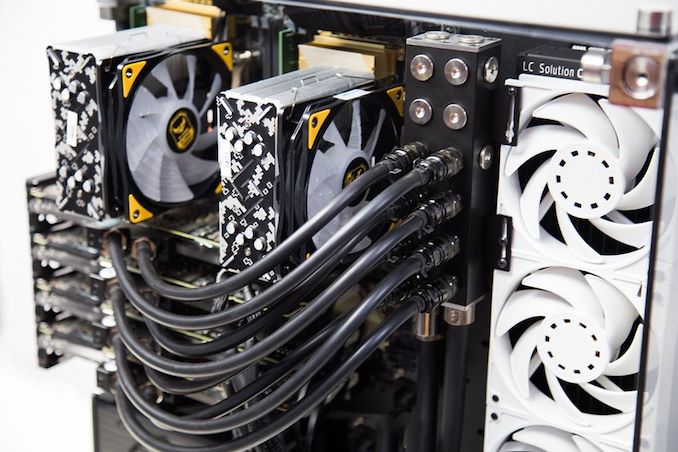 Founded in 1999, EKWB was among the pioneers of the PC liquid cooling market. But despite the market's roots going even farther back – as a spin-off of supercomputer cooling – until now the company has been content to focus on liquid cooling solutions for consumers and enthusiasts, never specifically addressing servers and workstations. All of that has changed, however, and last week the company finally unveiled its Professional lineup of liquid cooling components, which are aimed at a market looking for the highest reliability and utility, but not exactly for fancy looks. 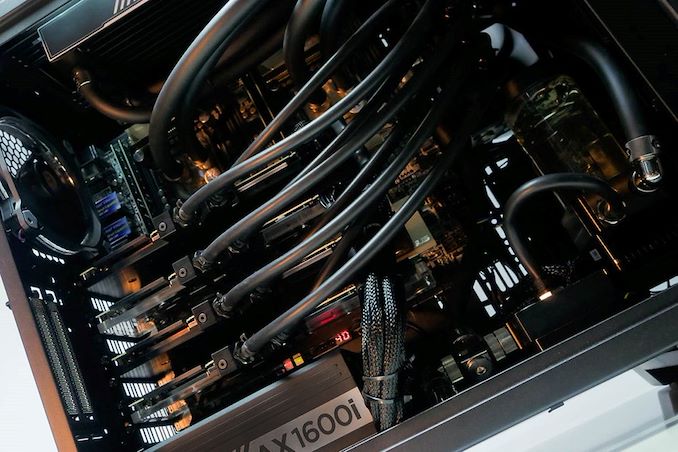 The EKWB Professional family of products includes two EK-Pro Manifold devices as well as seven EK-Pro Quick Disconnect Kits. The manifolds feature industry-standard G1/4-inch in and out ports, the smaller EK-Pro Manifold can support two CPU and two GPU water blocks (2CPU 2GPU), whereas the larger one supports two CPU and four GPU water blocks (2CPU 4GPU). The EK-Pro Quick Disconnect kits are designed to transform an existing CPU or GPU water block into a quick-disconnect ready device, which is particularly useful for the HPC space where GPUs have to be replaced without powering-down a whole rack and without draining the entire liquid cooling system.

EKWB plans to expand its Professional lineup going forward. At present, the company offers its EK-FC GV100 Pro water block for NVIDIA’s Quadro GV100 and Tesla GV100 cards. In the future the company will offer water blocks for other NVIDIA Quadro graphics cards as well.