For the foreseeable future, or at least until Intel's Rocket Lake is likely to be unveiled, Intel's main platform for consumers is currently the Z490 chipset for Comet Lake. The options available for consumers offer a wide variety of models, but perhaps one of the most competitively priced mid-range ones is the ASRock Z490 PG Velocita. Some of the board's main features include dual M.2 slots, eight SATA, 2.5 G Ethernet, and a competitive 13-phase power delivery. This is our review.

One of ASRock's latest model attached to its gaming-focused Phantom Gaming series is the Velocita; an Italian word that translates as speed, but could be interpreted as fast or high-performance. Modeled around the elegance and aerodynamic nature of a fast car with edgy lines, ASRock is no stranger to the 'motherboard as a hypercar' concept. The company used to run a line of 'OC Formula' high-end yellow motherboards with a number of high-end features for overclocking including OLED panels and a waterproof coating.

However ASRock pulled back from those designs, and one could argue the new PG Velocita is just another motherboard with a slightly different aesthetic to a regular Phantom Gaming model. 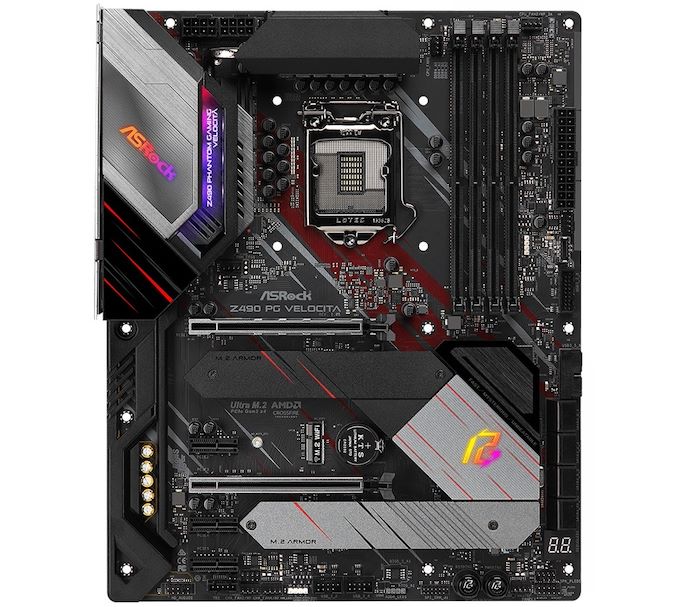 Opting for a dynamic, yet contrasting look, the ASRock Z490 PG Velocita uses a mixture of colors including black, silver, with red and grey accents throughout. This could be construed as a negative, with multiple areas of RGB LEDs that don't allow the faint red lines across the heatsinks and rear panel cover to be changed, which ends up limiting the customizability. Some of the board's primary features include a pair of Ethernet controllers, one premium 2.5 G and one Gigabit, with dual PCIe 3.0 x4 M.2 slots, eight SATA ports, and support for up to 128 GB of DDR4-4666 memory. There's also plenty of PCIe support with two full-length slots operating at x16/+x4, with three PCIe 3.0 x1 slots. On the rear panel, the PG Veloctia makes use of the native USB 3.2 support of Z490 with two ports, a Type-A and Type-C, with four additional USB 3.2 G1 Type-A ports. 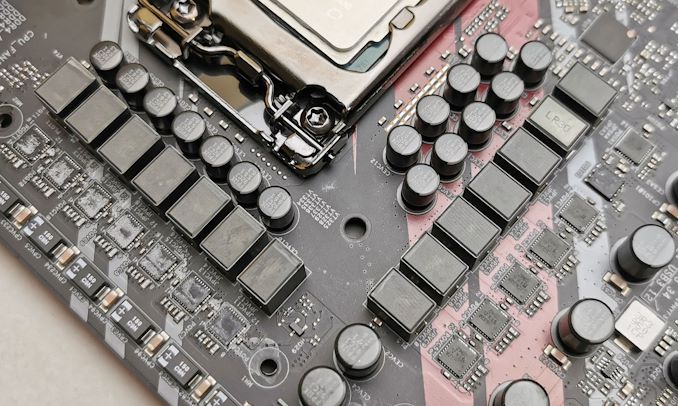 In our performance testing, the ASRock Z490 PG Velocita performed strongly in our system tests with quick non-UEFI POST times, the best DPC latency results out of the box from all the Z490 we've tested so far, and good power consumption at full-loud. Our testing in long idle and idle power states showed the Velocita did run a little hungry on the power, but it's not enough to be a concern. In our CPU and gaming tests, the Velocita flew through most of them at great speed. 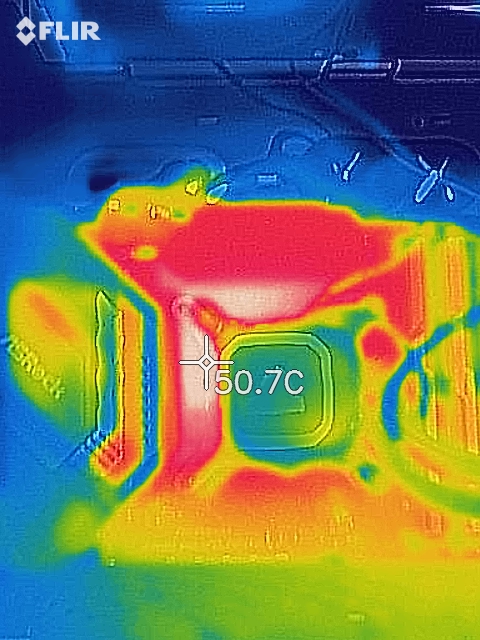 The Z490 PG Velocita is using a 10+2+1 power delivery, with a twelve channel Intersil ISL69269 PWM controller and ten Vishay SiC654 50 A power stages for the CPU section. While performing our usual overclock testing, we saw tight VDroop control, with ASRock's firmware automatically applying Level 1 on the load line calibration settings when altering the CPU VCore voltage. The performance was solid and we saw our POV-Ray benchmark results gradual increase as expected, while our power delivery thermal testing also showed the Veloctia to be a strong performer. It is using a pair of aluminum heatsinks which are interconnected via a single heat pipe, with a pair of small cooling fans which makes the boards cooling solution more effective, albeit at the cost of audible fan noise when under full-load.

The ASRock Z490 PG Velocita has an MSRP of $260 which positions it firmly in the mid-range segment of Z490 models, with Newegg and Amazon currently listing the board on sale at $245; this makes it even more competitive. Other similar models in the price range include ASUS's ROG Strix Z490-A Gaming ($250), ROG Strix Z490-F Gaming ($260), the MSI MPG Z490 Gaming Carbon WIFI ($270), and the GIGABYTE Z490 Aorus Ultra ($290). The $250 to $300 price point is very competitive for Z490 models, with most of these opting for 2.5 G Ethernet and Wi-Fi 6, although the lack of Wi-Fi 6 on the PG Velocita could be an oversight on ASRock's part. It makes for an interesting comparison and review.