Back at Computex 2019, when we visited Noctua at its booth, we saw a concept CPU heatsink, a monolith, with a passive design. In many circles including fans of silent and passively cooled systems, this is a highly anticipated announcement, and although there's nothing official from Noctua yet, the new NH-P1 has been spotted on a listing at Newegg by FanlessTech.

The Noctua NH-P1 features a completely fanless design, and although there's no official word on its TDP rating yet, we saw the concept cooler at Computex 2019 keeping an Intel Core i9-9900K cooled in a test system. The 9900K for reference has a PL1 rating of 95 W, and a PL2 rating of 210 W, so we know it has some serious cooling potential for a passive cooler. 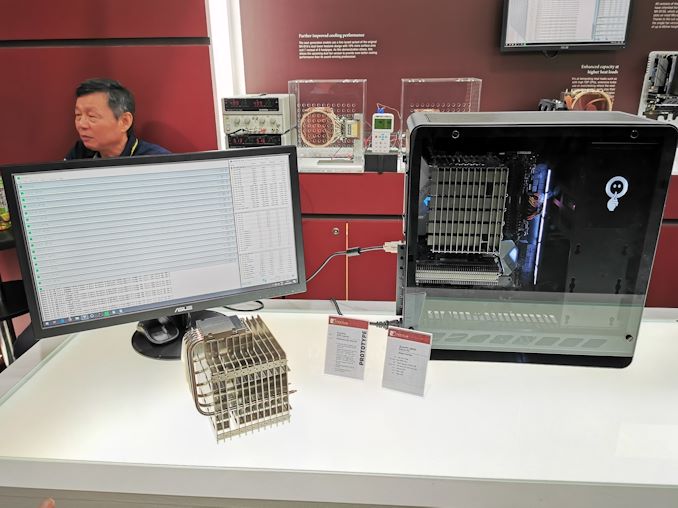 As with other Noctua CPU coolers, it includes its SecuFirm2+ mounting system which is compatible with Intel's LGA1200, LGA115x, and LGA1200xx sockets, and also allows support for AMD's AM4, AM3+, AM3, AM2, and FM2 sockets. The finer specifics of the design are currently unclear, but Noctua does supply a tube of its latest NT-H2 thermal paste with it, as well as a limited six-year warranty. Noctua doesn't recommend overclocking due to the limited cooling properties of a passive design, but it can also be used with Noctua's fans, with grooves that allow users to add fans with its retention brackets.