Yesterday Microsoft announced a number of details and the first official look at the next release of Windows Phone 7, codename “mango.”

Back when we reviewed Windows Phone 7 (henceforth WP7), we were impressed by the platform’s overall smoothness, appearance, and unique mobile paradigm, but highlighted a number of chief areas that needed improvement for it to be competitive with much more mature smartphone rivals. Copy and paste support was the first thing that we (and many others) talked about, which was included in the NoDo update which just rolled out to all WP7 devices.

The next major areas were multitasking (and fast application switching), addition of more APIs for developers, and finally, additional improvements to the browser. Though we praised the initial WP7 browser for having an incredibly smooth UI, it ultimately lacked robust web standards compliance thanks to its use of the obsolete IE 7 trident 3.1 layout engine. Back when WP7 was announced, IE9 was little more than a technical preview - since then it’s seen desktop launch, and corresponding development efforts to port it to WP7. Today we were given our first glimpse of the new browser in Mango, based on on the trident 5.0 layout engine, same as shipped with IE 9.

There are a number of improvements in Windows Phone 7.5 “mango,” and before we dive into ones related to the browser it does bear going over all of them. First off, Microsoft has categorized improvements into three umbrellas that it considers areas of core functionality for the platform - communications, applications, and finally internet and our browser. 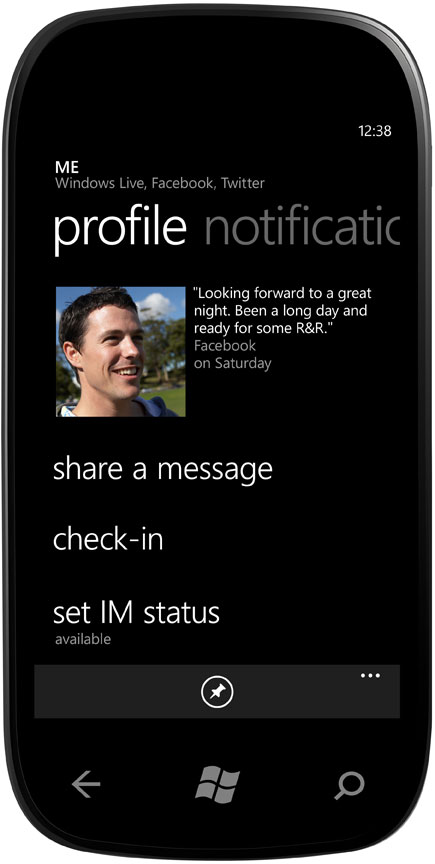 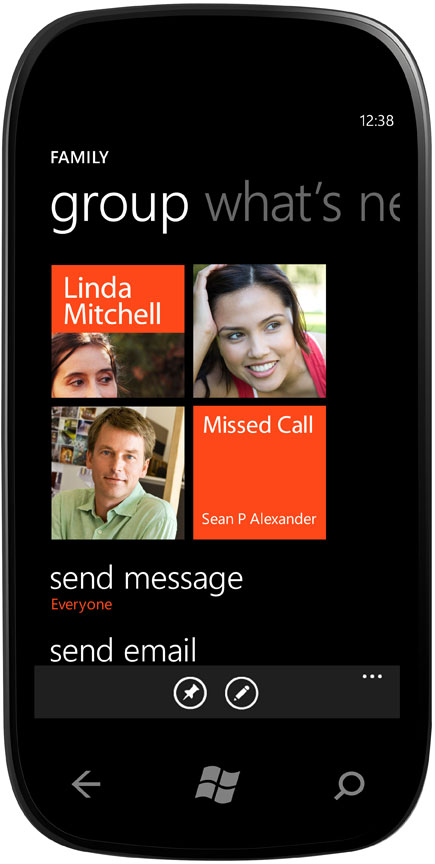 The first arm of improvements under communications is the new inclusion of Twitter, LinkedIn, and Windows Live Messenger data into each contact on the people hub. WP7 already included considerable amounts of Facebook data inclusion, now Facebook facial recognition, tags, and location check ins are supported as well. There’s a concept called groups that allows multiple contacts to be selected and placed in a live tile. 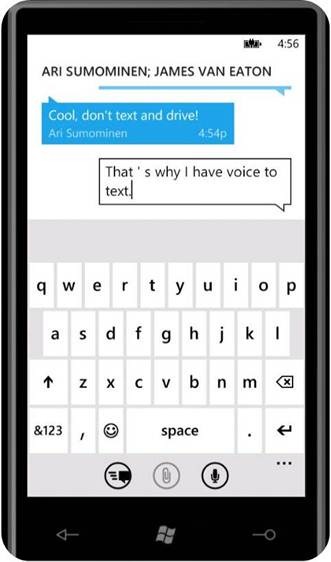 Along those lines, messaging in WP7 now includes a concept originally explored by WebOS. It’s called ‘threads,’ and it’s a mashup of IM and SMS for seamless conversation transition from mobile to the desktop. If a user is offline, SMS is default, if they’re on a supported IM service, the option to send an IM instead is selected. Windows Live messenger and Facebook chat are supported for IM, unfortunately there’s no mention of Google Talk or AIM being included. Right along those lines is inclusion of a text to speech engine for reading incoming messages out loud, and even more interesting is speech to text for composing and replying to messages. It’s clear that voice recognition tech is going to be a central feature for the next major version of each next smartphone OS.

One of the other things we wanted in WP7 and touched on in our review was that outlook on WP7 needed threaded email conversation support. This is included in the mango update as well, and threads can now be deleted, marked as read, and the like. Also included in outlook is multiple account linking and live tiles for individual inboxes. 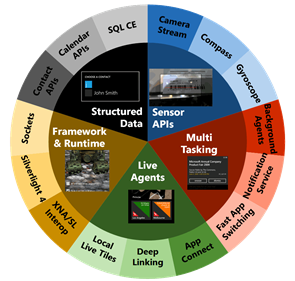 Under the category of applications are numerous new APIs, including support for a number of capabilities that developers requested going all the way back to MIX10. Back then I remember a number of sessions where developers were disappointed that WP7 wouldn’t initially have a number of things. Things like network socket creation - which is necessary for building applications like VoIP that require direct network access. Local SQL CE databases for storage and use in programs, and APIs for compass, gyro, and direct camera access, and APIs for contacts and calendars. Those are now very much a part of Mango, as discussed at MIX11. It’s clear that Microsoft was listening, even if it took just over a year for everything to come together.

Adding APIs isn’t something that results in immediately realizable features for end users, but enables developers to finally start porting applications on iOS and Android that leverage similar APIs. Skype and other VoIP applications for example would leverage socket support, as would streaming music protocols that can’t simply tunneled over HTTP, or video chat applications. Having a direct camera API enables augmented reality applications and third party camera apps as well - the end result is that with Mango WP7.5 is finally coming close to having the same level of API support as its more mature competitors. 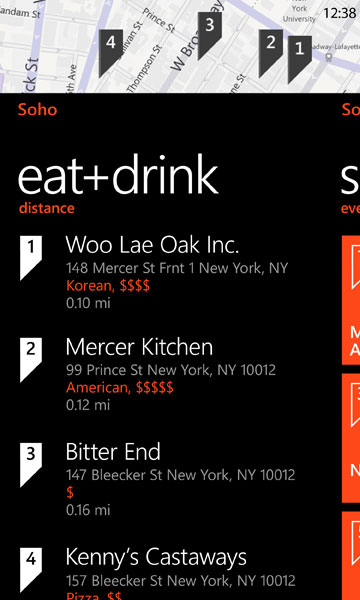 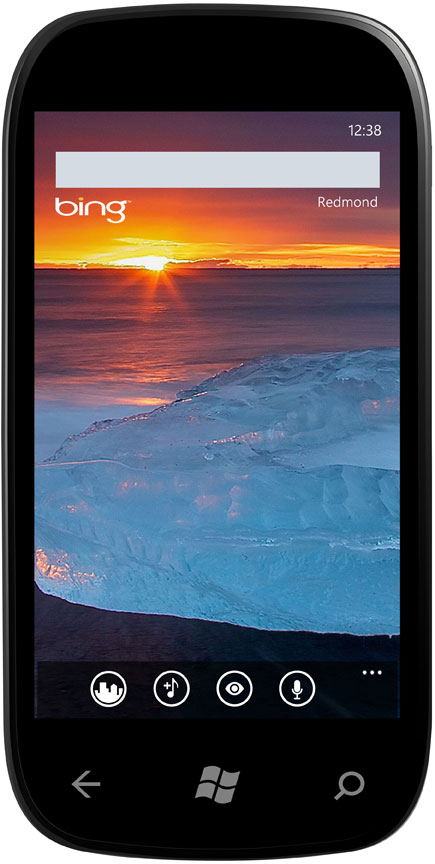 Microsoft showed off some demos of how Bing uses the camera API to search using live images of objects, in essence a Google Goggles for Bing - it calls this feature visual search. Likewise, music search is a clear nod to Shazam and enables music identification using a new sensor API for microphone access. In addition a number of improvements to Bing are coming in Mango, including improved local search.

The third and final tier of improvements in Mango is Internet. It shouldn’t come as any surprise that internet is such an important part of any smartphone platform that it earned its own category.