We’re here in Anaheim, California at Microsoft’s BUILD conference. As has become tradition (or at least as much as possible), Microsoft has been holding major developer conferences for their new OSes roughly a year ahead of launch. In 2008 developers and the press got their first in-depth look at Windows 7 at Microsoft’s Professional Developers Conference (PDC), and here in 2011 BUILD is doing much the same for Windows 8. 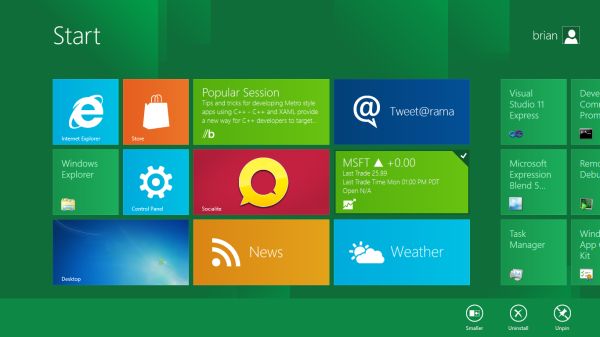 As it stands Windows 8 is still in its infancy. The build in Microsoft’s demos is 1802, a pre-beta and not feature complete version of the OS. Microsoft needs to balance the need to show off Windows 8 to developers with a need to keep it under wraps until it’s done as to not spook end-users. The result of that is the situation at BUILD, where Microsoft is focusing on finished features while unfinished features are either not in the OS or are going unmentioned. For comparison, at PDC 2008 the Windows 7 interface was not done yet, and Microsoft was using the Windows Vista interface in its place.

Today the show kicks off in earnest with a keynote that begins at the same time as this article went live, followed by some mega-sessions for developers covering the biggest aspects of Windows 8. Yesterday was a pre-show day for press, with Microsoft spending most of the day running the press through a similar series of presentations, focused more on the end-user than developers.

At the conclusion of the press sessions we managed to get some hands on time with a tablet PC development platform running the same build of Windows 8. We haven’t had the chance to give the platform a full working over – not that it would be prudent in its pre-beta state – but we did want to give you a rundown of what Microsoft had to share with us and what we’ve seen so far. Microsoft’s tagline for BUILD is that “Windows 8 changes everything” and while Win8 is not a massive reworking of the Windows kernel, it is a major overhaul of nearly everything else. Certainly based on the pre-beta build on display, you will be using Windows 8 significantly differently from Windows 7.