Ryan and I are on the floor at Microsoft BUILD for day two, where Windows Server 8 is the subject. There's still more for the keynote, but Microsoft briefly showed off the new server manager. Unsurprisingly, there's lots of Metro UI theming here, and server manager gets the top-bar bread crumb navigation and new organization. Subjectively this looks a lot like the new task manager we showed earlier. 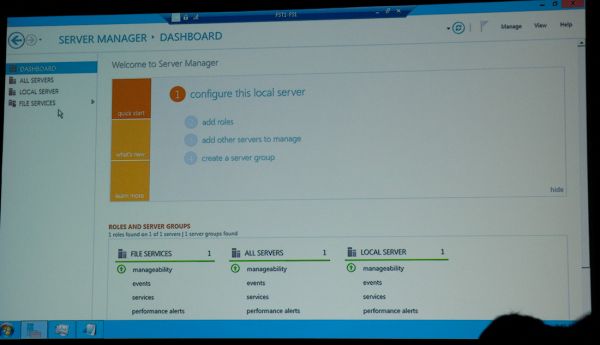 Microsoft used server manager in a simple demo to stick 16 SAS drives in JBOD, and then shared that JBOD using SMB 2.2 and generated a bunch of network traffic. No doubt we'll see a lot more of WIndows Server 8 today at BUILD.