Update: Despite Microsoft referring to the test platform as running on a next-generation OMAP processor, TI tells us that the Windows 8 tablet was running an OMAP 4470, not OMAP 5.

Microsoft showed off the Windows 8 Consumer Preview running on NVIDIA's Tegra 3, Qualcomm's Krait based Snapdragon, TI's OMAP 4470 and Intel's Clover Trail platform. All four of these platforms will be supported by Windows 8 at launch (although not all will be available at launch) and all of them will support connected standby. Similar to how smartphones work today, connected standby allows emails, tweets and other network updates to come to the device while it's asleep. 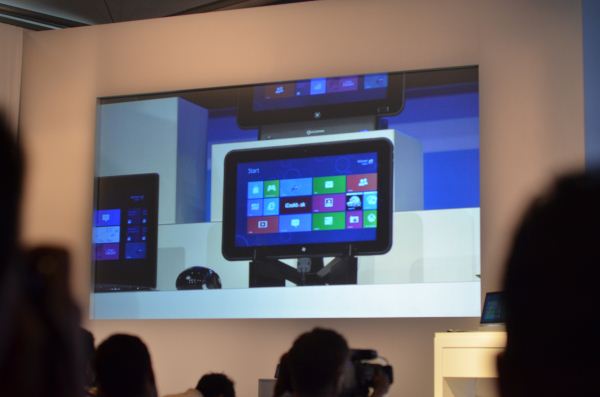