With OCZ intent on moving as much volume to its in-house Indilinx controllers as possible, SandForce (now LSI) needed to expand to additional partners. OCZ has strong control over the channel so SandForce needed to turn to multiple partners to diversify its portfolio. One key win for SandForce was Kingston. We saw the launch of the first Kingston SandForce (SF-2281) based drive last year under the HyperX brand. Today Kingston is announcing a lower cost version of the drive with the HyperX 3K.

The 3K in this case refers to the number of program/erase cycles the NAND inside the SSD is rated for. As we've discussed on numerous occasions, NAND endurance is a finite thing. The process of programming a NAND cell is physically destructive to the cell itself and over time you'll end up with NAND that can no longer hold a charge (or your data).

Intel's 50nm MLC NAND was rated for 10,000 program/erase cycles. Smaller transistor geometries, although tempting from a cost/capacity standpoint, do come with a reduction in program endurance. At 34nm Intel saw its p/e count drop to 5,000 cycles, and at 25nm we saw a range from 3,000 - 5,000. Modern day SSD controllers include wear leveling logic to ensure that all cells are written to evenly, so even at the lower end of the Intel 25nm range there's more than enough lifespan for a typical client workload. Let's do some math on a hypothetical 100GB drive with four different types of NAND (3K, 5K, 10K and 30K P/E cycles):

Assuming you write 10GB to your drive every day (on the high end for most client workloads), and your workload is such that the controller sees an effective write amplification of 10x (due to wear leveling/garbage collection the controller has to write 10x the amount of data to NAND that you write to host), you'll blow through one p/e cycle per day. For 25nm 3K p/e cycle NAND that works out to be 8.219 years, at which point your data will remain intact (but presumably read-only) for 12 months. Heavier workloads come with higher write amplification factors, but for client use this math works out quite well. 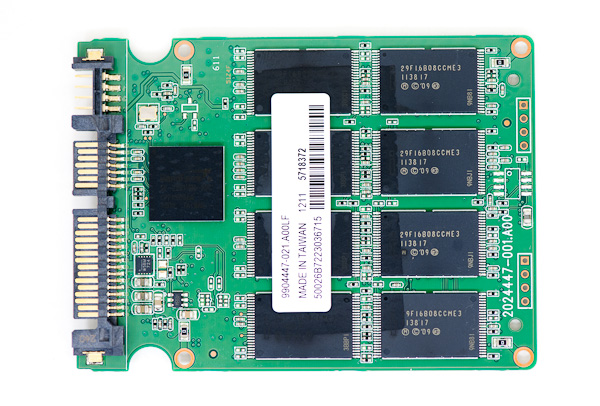 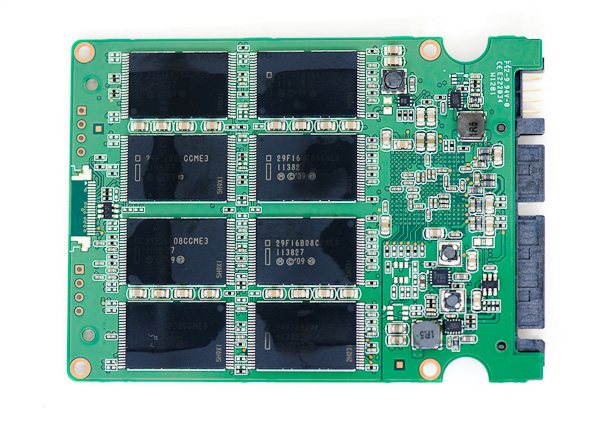 There's no obvious difference in Intel's part numbers, so I'm not sure if there's a good way to tell whether you're looking at 3K or 5K rated parts from Intel.

The loss of endurance shouldn't matter for most client workloads as I mentioned above, but if you're deploying these drives in a write heavy enterprise environment I'd look elsewhere. Otherwise, the cost savings are worth it:

HyperX 3K drives are already available via Newegg. The biggest cost savings appear to be at the 480GB capacity, although you'll save a good $10 - $20 for most capacities.

Kingston also offers an optional upgrade bundle kit including a handy screwdriver, SATA cable, USB cable, Acronis cloning software, SATA to USB adapter and a 3.5" sled for mounting in a desktop case. It's a nice bundle although I really wish we'd see better 3.5" adapters in these kits. The bundle will set you back another $10 over the prices in the table above. 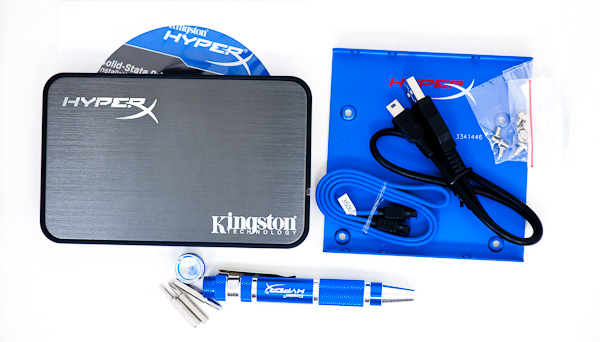 Like many SandForce partners, Kingston offers a toolbox to view SMART data however you cannot secure erase the drive from the utility. A separate utility is offered to handle firmware updates.

With Kingston's latest performance is, thankfully, unharmed. The HyperX 3K performs just as well as the 5K rated HyperX drive: 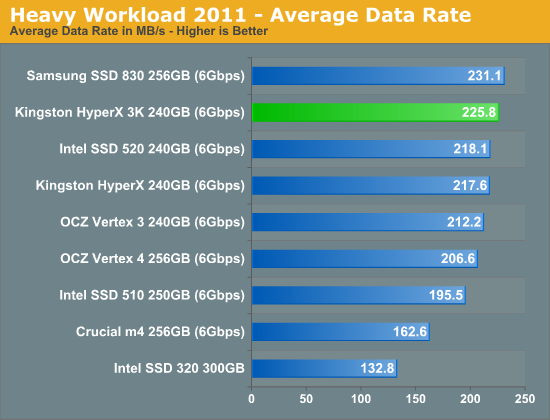 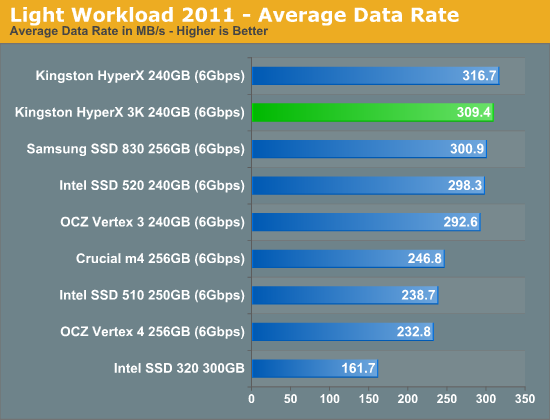 Kingston's SF-2281 implementation has always been extremely fast and the HyperX 3K is no exception. You are looking at one of the fastest drives we've ever tested. I've included our usual benchmarks in the subsequent pages but you can also use Bench to compare drives directly.

The risk, as always, with SandForce based drives is that you'll run into a combination of drive + system that triggers either an incompatibility or the infamous BSOD issue. I haven't seen the bug crop up on the HyperX 3K but I haven't spent a lot of time looking for it either. 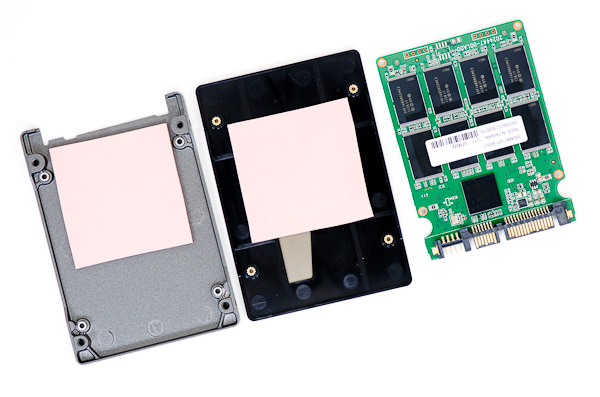 All I can offer is the same caution we tack onto most of our SSD reviews. If you know someone with a system similar (identical?) to yours who isn't running into problems then you'll probably be fine.

If you've had a good experience with the HyperX in a system, then the HyperX 3K is a no-brainer. You get similar, already great, performance at a lower cost.