Check out our hands on with the devices here.

11:44AM EDT - Sorry for the network issues earlier, off to the demo area now!

11:43AM EDT - This is the biggest, most ambitious launch that MS/HTC have ever partnered on

11:42AM EDT - The 8X/8S will be brought to more markets/partners than any previous Windows Phone

11:42AM EDT - That's a pretty bold statement, wonder how Nokia feels about that

11:42AM EDT - The 8X and 8S will be positioned as the signature phones for Windows Phone 8

11:42AM EDT - HTC and MS are working closer than ever to deliver a single, integrated campaign

11:41AM EDT - Had to design a device that could stand out from the crowd but deliver Windows Phone 8, had to bring these devices to market in the right way

11:41AM EDT - Jason Mackenzie, HTC President is now on stage

11:40AM EDT - That same audio amplifier drives the speaker as well

11:39AM EDT - The 8X comes with an integrated headphone amplifier

11:38AM EDT - Ultra wide 88-degree viewing angle for the front camera to fit more people in a close up shot

11:37AM EDT - The 8X features the same camera module and image chip as the One X

11:37AM EDT - Made some big investments in a couple of key areas

11:36AM EDT - Talking about customizing internal components to get this shape 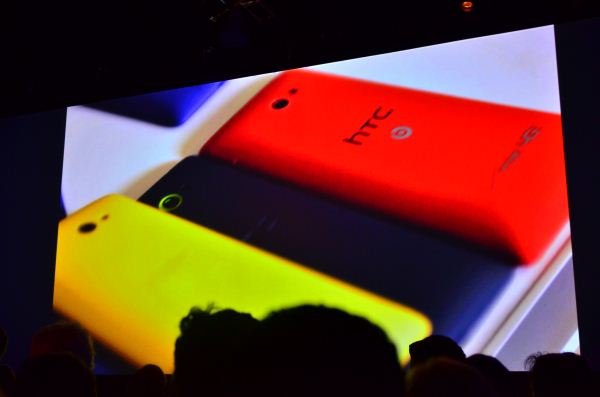 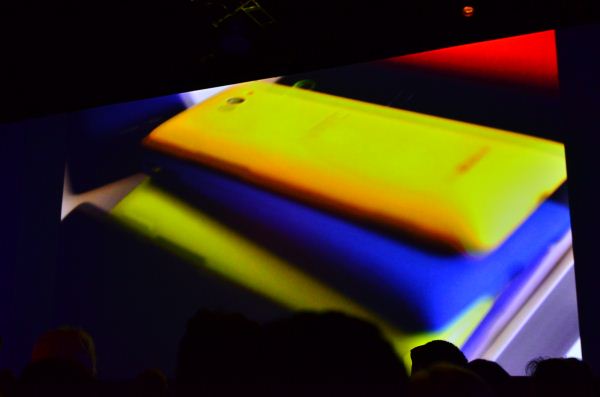 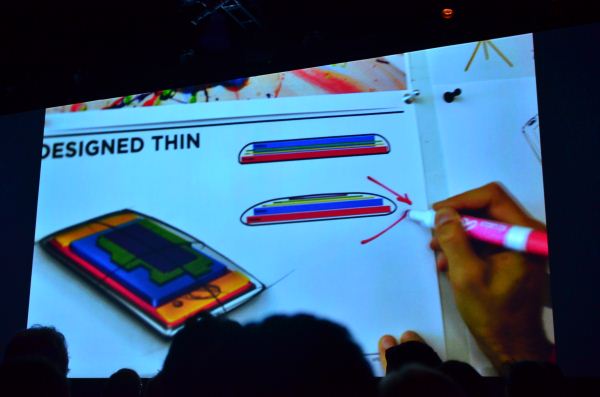 11:34AM EDT - I suspect Nokia has some influence here

11:34AM EDT - Such a huge departure from what HTC does in the Android space

11:34AM EDT - Now playing a video of some of the Windows Phone 8 device engineers 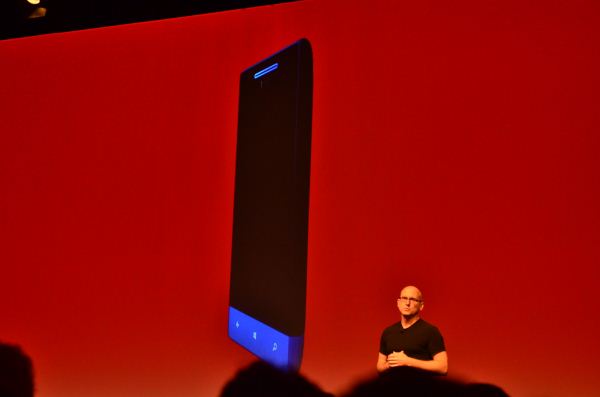 11:33AM EDT - Considered design and color holistically when designing these phones 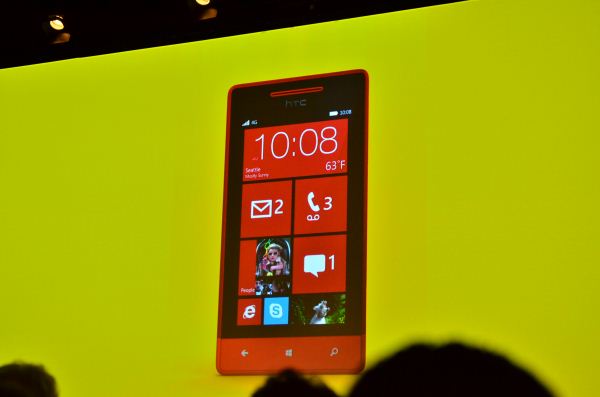 11:33AM EDT - Now talking about the 8S, the smaller/cheaper device

11:32AM EDT - HTC really has done a great job with design and build quality lately

11:32AM EDT - Micro drilled all speaker holes on the front/back of the 8X, similar to what was done on the One X 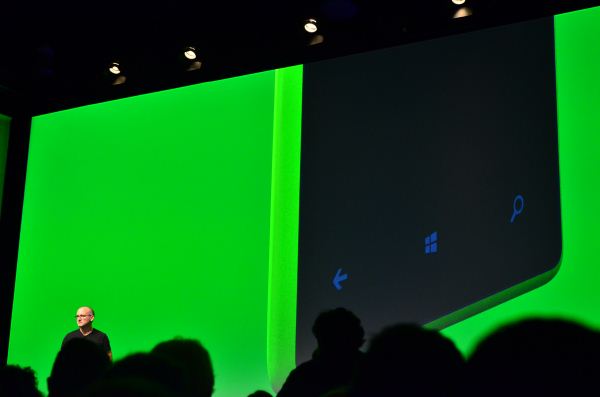 11:32AM EDT - Gorilla Glass wraps around all four sides

11:32AM EDT - All buttons are flush with the surface

11:31AM EDT - I think they're talking about the placement of the battery in the stack

11:31AM EDT - Stacked the internal components of the phone like a pyramid, this is interesting 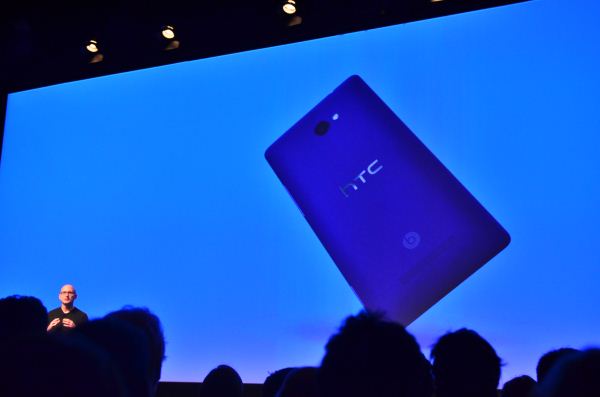 11:31AM EDT - Perfect 3D embodiment of the simple design of the live tiles

11:30AM EDT - A lot of common ground between HTC's philosophy and the Windows Phone 8 device design 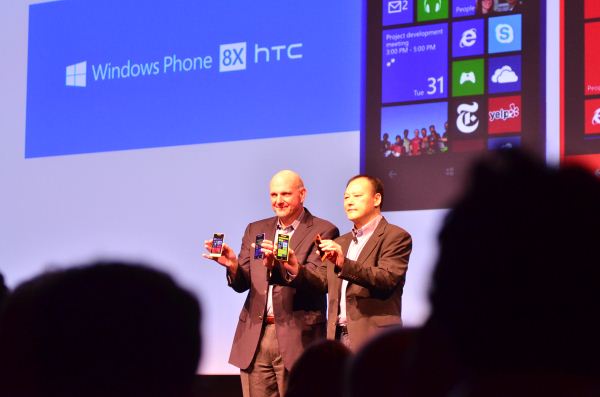 11:29AM EDT - "No phone that has truly embodied the promise of Windows Phone"

11:29AM EDT - Talking about the connection between Windows Phone tiles and phone design 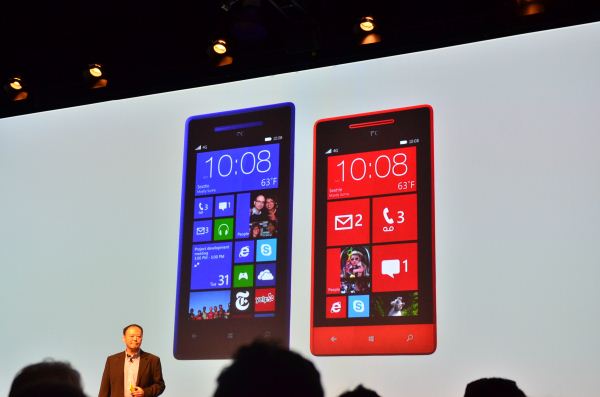 11:22AM EDT - Connectivity is being a bit flaky at the venue, sorry for the slow updates 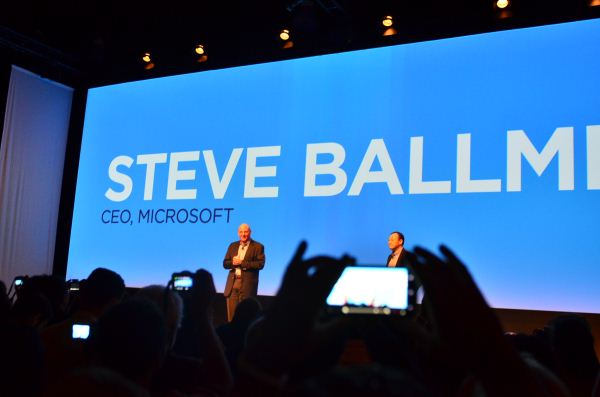 11:19AM EDT - Steve Ballmer is joing Peter on stage

11:19AM EDT - Although we're still waiting for the official announcement and details, we did just post some details on the new Windows Phone 8X and 8S 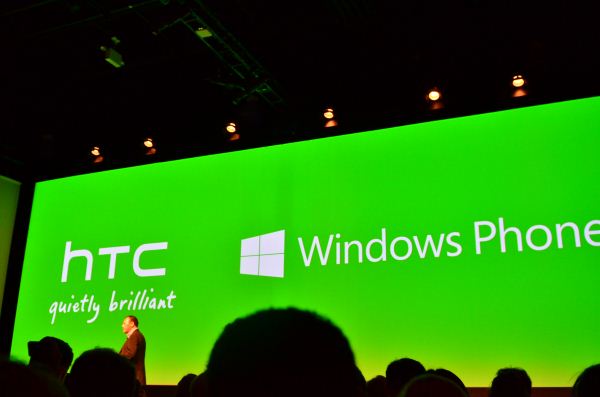 11:16AM EDT - HTC is going to talk about its new Windows Phones

11:15AM EDT - Today is going to be another major change in the mobile industry 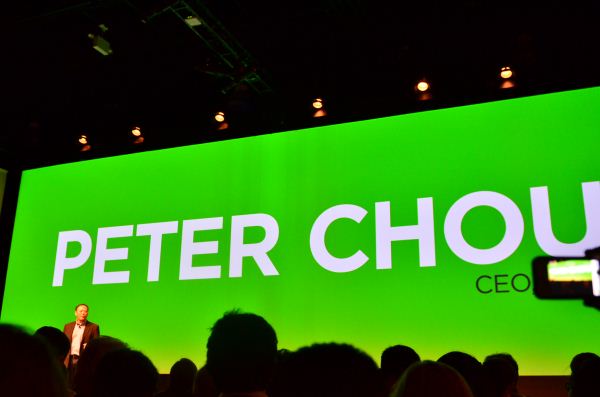 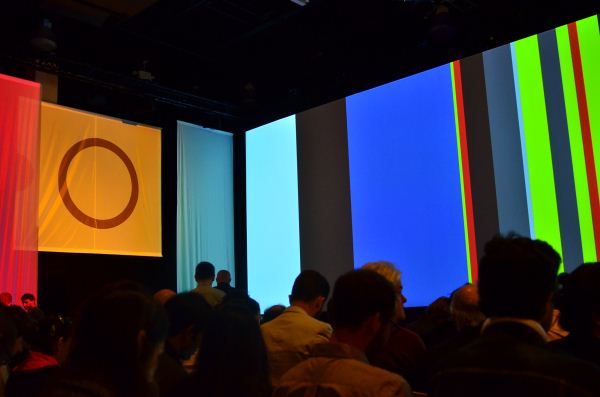 11:07AM EDT - We are seated, things look to be running a bit late but stay tuned