About a month ago, Audience flew me out to their office in California to talk about a number of things. First, they offered the chance to check out anecohic rooms and listening booths used for testing and tuning smartphones equipped with Audience voice processors. Second, compare notes about testing and evaluating voice quality on mobile devices, both compared to the testing I’ve done and by wireless operators. Third, to take a look at their newest voice processor, the eS515. We’ve been covering noise rejection performance and voice quality on smartphones and tablets in our mobile device reviews, and Audience makes a line of standalone voice processors that work to improve voice quality both on the origin and endpoint of a mobile call. 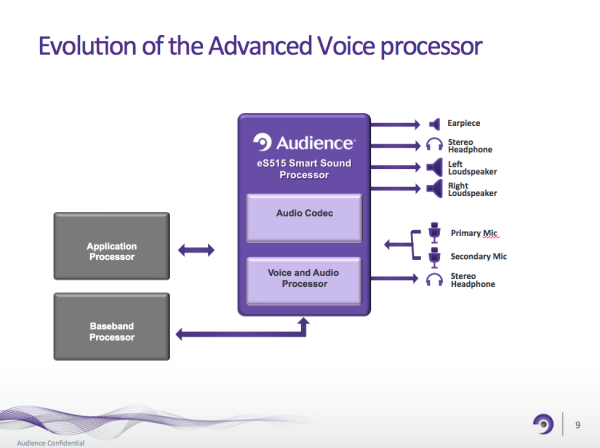 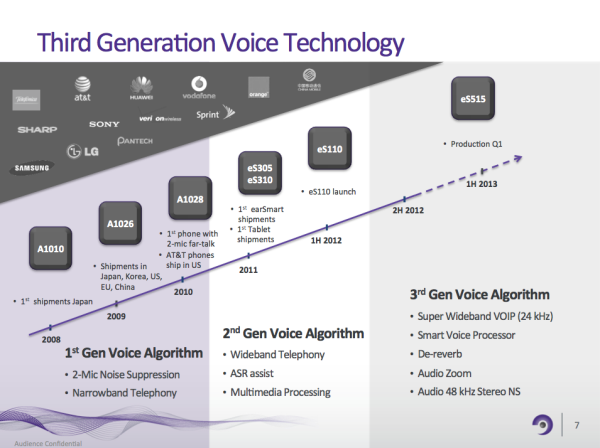 The other big news about eS515 are inclusion of some new improved audio processing features and others which move beyond just an emphasis on removing noise from calls and for ASR (automatic speech recognition or voice to text). 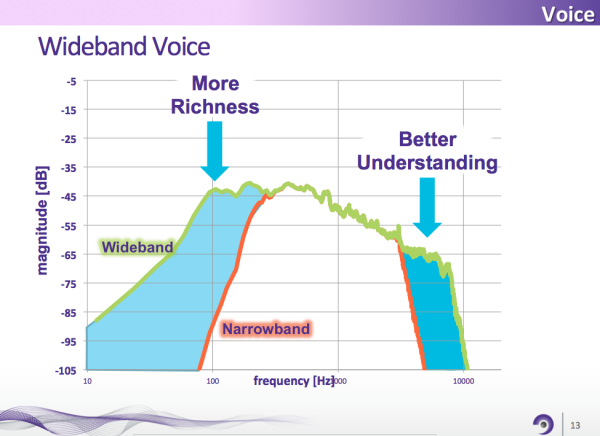 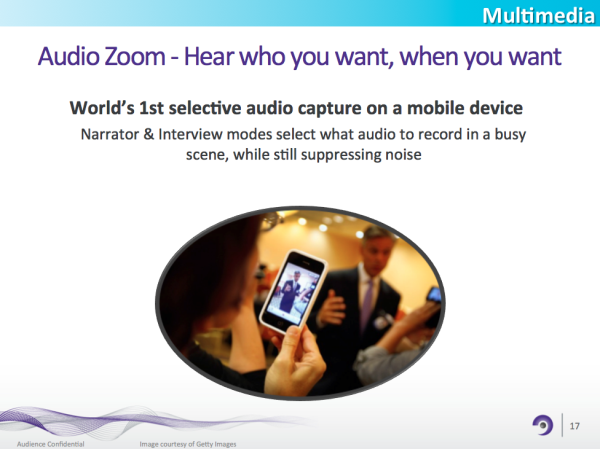 This last note is similar to what Motorola shipped on a number of former phones that leveraged the three-microphone setup. For example different scenes such as narration mode, wind reduction, and so on. The eS515 includes an interview mode called “Audio Zoom” which looks for a voice source behind and in front of the device and rejects noise elsewhere. Audience envisions a camera UI similar to Motorola’s with different audio scenes for users to choose from when recording videos.

I recorded a short video of “Audio Zoom” being demonstrated on an eS515 simulator.

After getting a design win, Audience works with handset and tablet makers to do final tuning on their devices, both after final industrial design is finished and sometimes on acoustic design before finalization. Part of this requires using special calibrated rooms to characterize the frequency response and directionality of devices. In addition Audience needs testing methodology for benchmarking its own projects. 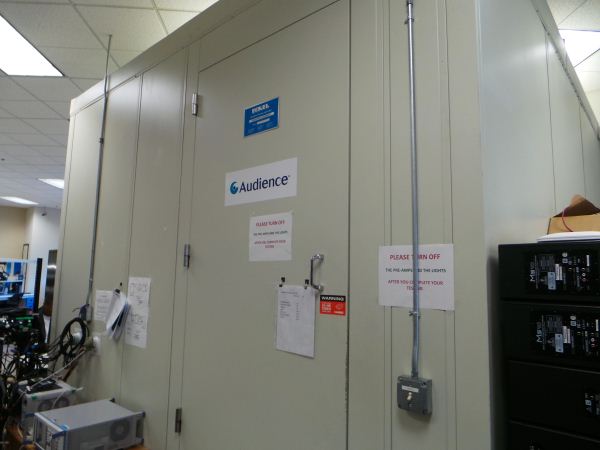 I got to peek into Audience’s anechoic chamber and and an ETSI room as defined by EG 202 396–1 for noise suppression testing. Inside both rooms are a HATS (Head And Torso Simulator) which is instrumented with microphones for testing phones and tablets, and a controllable testing apparatus for holding the device under test and moving it through various positions.

The ETSI 202 396–1 specification defines a setup with four speakers and a subwoofer playing distractor music around the caller and a simple room layout. I plan to move our own smartphone call testing to a similar setup as well.