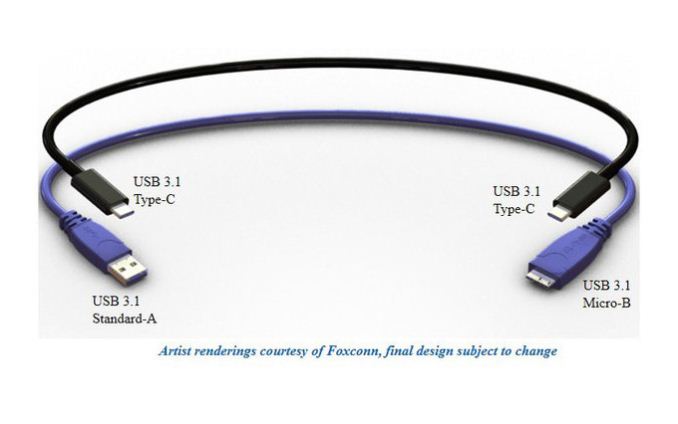 The last time we talked to the USB Implementers Forum (USB-IF), the governing body for USB, it was back at CES 2014. At the time the USB-IF was showing off their plans for USB 3.1, an updated version of USB set to double USB’s throughput from 5Gbps to 10Gbps. The USB-IF was also using CES to discuss their plans for the new Type-C connector, a small, reversible connector that would be designed to replace the existing standard (large) and micro connectors on hosts and devices alike, while also doing away with the frustrations of trying to properly orient a USB plug the first time. However at the time the USB-IF was still finalizing the design for the Type-C connector, so while they could discuss their plans they didn’t have a final connector to show off.

Catching up to today, while the USB-IF still hasn’t finalized the Type-C connector, they have for the first time released renderings of what they’re expecting the connector to look like. Since it’s intended to replace standard and micro devices alike, it comes as no surprise then that the Type-C connector looks a lot like today’s USB 2.0 Micro-B connector, with concessions made to make the connector reversible and to house the additional pins that are necessary. We’re told the connector is 8.3x2.5mm, which makes it larger than USB 2.0 Micro-B, but still smaller than the wider Micro-B connector for USB 3.0. 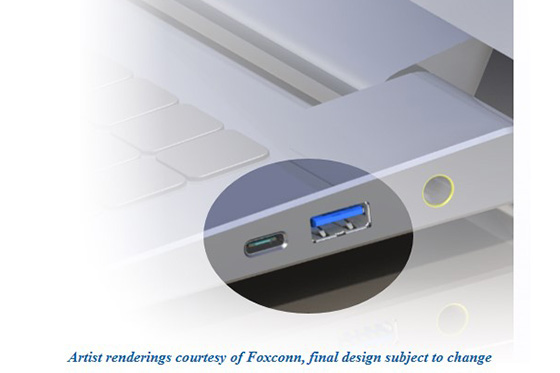 Meanwhile in the USB-IF’s rendering of the socket itself, we can clearly see that Type-C will still be using tongues in the socket, with the pins once again organized around the tongue. There had been some speculation that Type-C would do away with tongues and be similar to Apple’s Lightning connector, but this is clearly not the case.

As exemplified by the USB-IF’s render and in their previous statements, the USB-IF is intending for this connector to be a long term replacement for hosts and devices alike. So while we’ll still see Type-A connectors on hosts for some time, the idea is to eventually replace those with Type-C connectors, just as how devices will move to Type-C. The ultimate idea being that once that transition is complete both hosts and devices will use the same connector, doing away with the differing ports and asymmetrical cables of today.

The USB-IF is anticipating completion of the Type-C specification in July, which means we could be seeing Type-C cables and design by the end of this year.