Lenovo launched the new Yoga 3 Pro back in October 2014, with a watch band hinge and Core-M under the hood. Today the rest of the Yoga laptop line gets a refresh and some new models. In addition, the ThinkPad Yoga is also getting a processor refresh courtesy of Broadwell, and Lenovo is also offering the latest Yoga Tablet 2 with AnyPen technology.

Starting with the tablet, the Yoga Tablet 2 is a Windows based tablet with the Lenovo Yoga hinge. On their tablet lines, the hinge is a smaller version but the increased volume allows Lenovo to pack the hinge with a much larger battery than would be otherwise possible. It offers Hold, Stand, Tilt, and Hang modes. The Yoga Tablet 2 also offers front facing stereo speakers and Dolby audio. Powering the Yoga Tablet 2 is an Intel Atom processor, and the 8” display is 1080p which should give good clarity. The battery life is rated at 15 hours due to the extra battery space in the hinge. 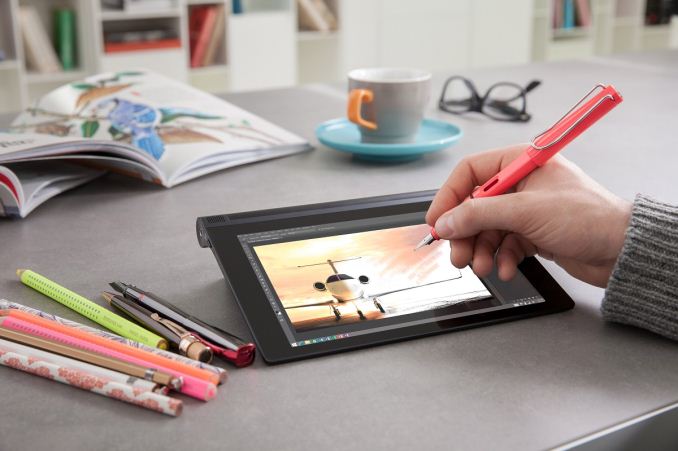 The interesting feature of the Yoga Tablet 2 is the AnyPen technology, which allows any pen or pencil to be used as a handwriting tool. A dedicated stylus is not required. Basically any writing tool with a conductive end will work with the digitizer. At this point, it would seem odd to write on your tablet with a pencil, but assuming the display does not get marked up with the writing tool it should work well. 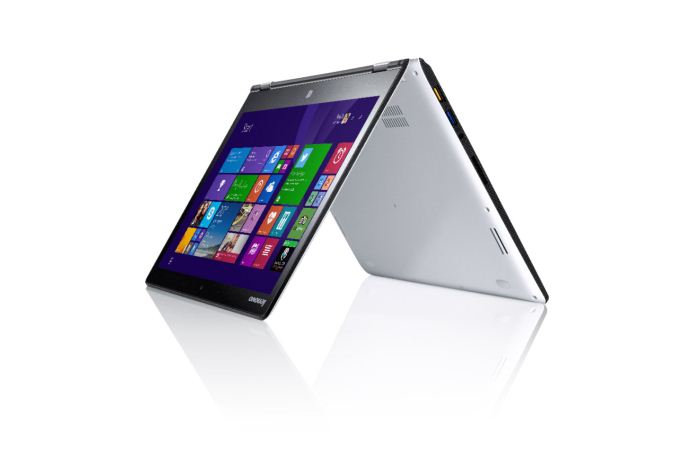 Next up is the Yoga 3 notebook. The Yoga series is based on the same 360 degree hinge as the other Yogas, however due to the lower price point of the Yoga vs Yoga Pro there is no watch band on this model. The 11 inch version has been updated and also added to the lineup is a 14 inch model, with up to Core i7 5th generation processors (Broadwell-U). The displays are 1080p with touch, and 802.11ac Wi-Fi is standard which will put to rest my biggest complaint with the Yoga 2 Pro. All are offered with backlit keyboards, and the devices are around 18.3 mm thick. Lenovo has also reworked the hinge to allow a smoother opening and to let the laptop lay flat when opened to 180 degrees. Lenovo has equipped the Yoga with Wave speakers which automatically adjust based on how the device is current being used (ie Stand, Tent, Laptop, Tablet) and several new colors are being added to the mix. The Yoga series is now available in Platinum Silver, Ebony Black, Chalk White, and Clementine Orange. 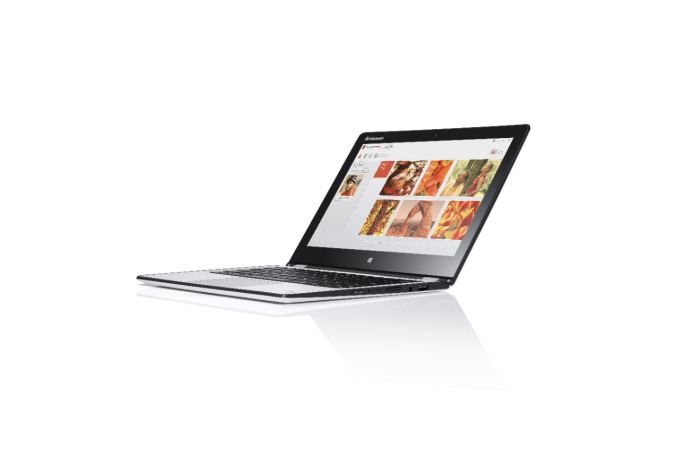 The business line for the Yoga is unsurprisingly the ThinkPad Yoga. 2014 offered a single ThinkPad Yoga with a 12.5 inch display, and for this year Lenovo is increasing their portfolio to include a new 14 and 15 inch model. The 15 inch model will also be available with an optional Intel RealSense 3D Camera system, and several models can also be had with an active digitizer, with an internal garage for the pen. Powering the new ThinkPad Yoga is the 5th Generation Intel Core processors as well, so none of the ThinkPad line will be available with the lower performance Core-M at this time. 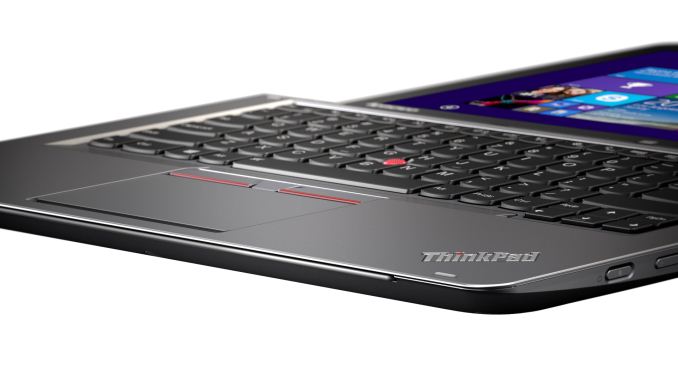 As a fan of the Yoga series, I look forward to seeing these devices at CES this week. We will hopefully be able to provide hands-on updates when we get to the Lenovo booth, and look for review units after that.