Lenovo launched several new devices at CES with a push to Broadwell across the lineup of PCs. The ThinkPad X1 Carbon, X250, T550, T450s, E550, E450, and L450 all got bumps to Broadwell-U. The ThinkPad Yoga also got a spec bump, and several more versions of it were announced. Likely the most exciting announcement from Lenovo was the LaVie launch. We got a chance yesterday to look around the Lenovo booth and get some hands on time with the devices.

The first thing in the Lenovo room is the 100 millionth ThinkPad ever built – a ThinkPad X1 Carbon named Eve. The ThinkPad brand has been around a long time, so congratulations to Lenovo on the achievement. 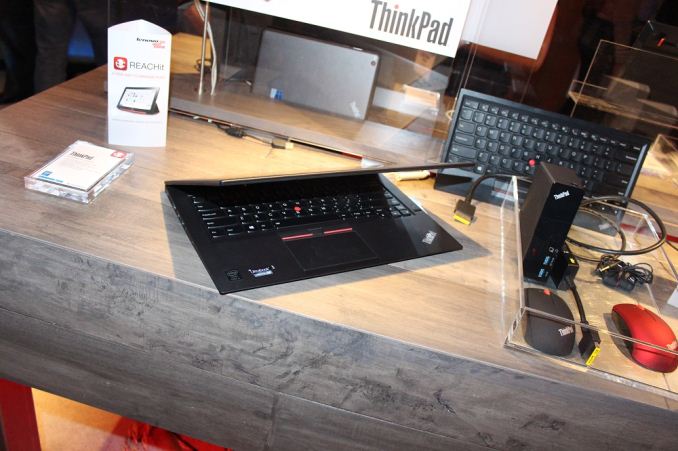 Next we got to check out the ThinkPad Carbon X1. While mostly a spec bump over last year’s model, Lenovo did get rid of the adaptive function keys and brought back the TrackPoint buttons which should make fans for the series happy.

The ThinkPad Yoga line got a large boost in numbers, moving from just a single 12.5” model to three models, with a 14” and 15” model made available. The 15” model is downright massive for a Yoga, but it does come with an optional Intel RealSense 3D camera system. While applications that leverage the camera system are sparse right now, in order for there to be an ecosystem around it, the hardware needs to be there. Lenovo did have some demo software which showed how the camera system could track points on your fingers in real time. 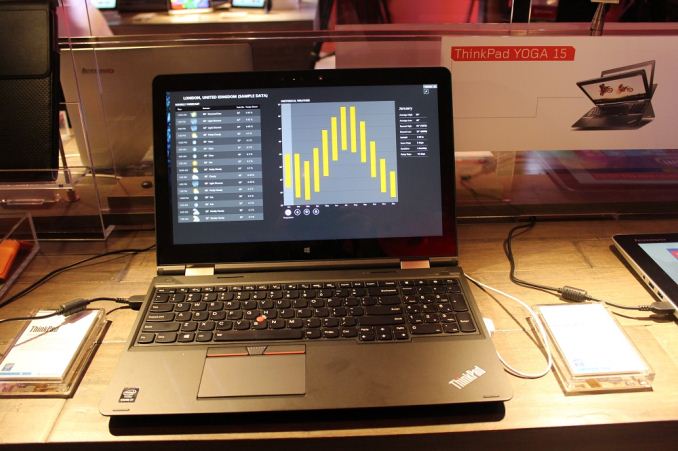 Lenovo has often offered an active digitizer on many of its models, and they also demonstrated some new software that they are developing to extend the use of the pen when it is in use. They feel that if you are using the pen, you should be able to use it as the primary input method so they were working on software to do character recognition with the pen in places like the search box. Although the software was in early stages, it did eliminate the touch keyboard taking up a large portion of the screen when text entry was needed.

Also new to the ThinkPad Yoga 15 was the Intel RealSense 3D camera system which was demoed. 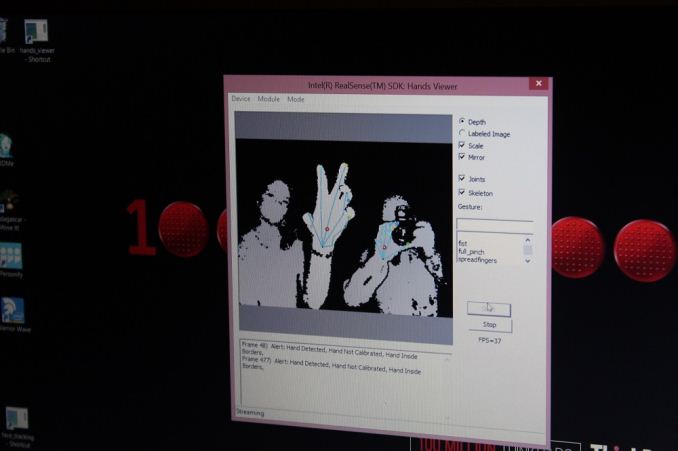 The Yoga 3 series was also released, and this series is a slightly less expensive take on the Yoga 3 Pro. We got a chance to see both the Yoga 3 11 and Yoga 3 14. As with most 2-in-1 models, the large displays can make them a bit unwieldy when being used as a tablet but are generally better than the smaller models when used more like a traditional notebook. I will never complain about having more options though and personally I find the stand mode very useful.

Moving away from the Yoga series, we can still see its impact on the rest of the Lenovo lineup. The Flex 13 is a low cost version of the Yoga, with lower specs, but keeps the 360 degree hinge. Also on the consumer side Lenovo showed off its S41 and U31 models, which both have a white metal finish and 14 and 13 inch displays respectively.

Likely the most exciting thing at the Lenovo booth was the new LaVie series. The models on display are branded as NEC (NEC and Lenovo partnered on these) but they will be branded as Lenovo in other parts of the world. It was fairly stunning to pick one up and see just how light a 1.7 lb laptop is. The lower end version is rated by Lenovo at 5.9 hours of battery life, while the slightly heavier 2-in-1 version was rated up to 9 hours. The 2-in-1 version on display did have the 360 degree hinge, but it did not support Stand mode. It does have a gyroscope so it would seem likely this will be added on when it is closer to release. 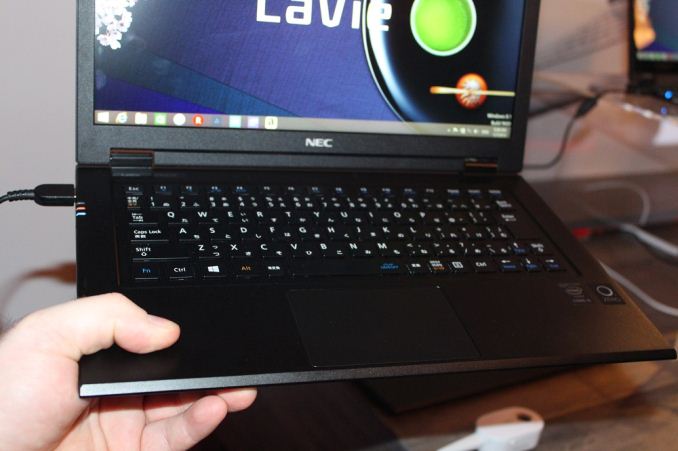 Hopefully we will be able to get some of these in for review. Stay tuned!